Back to ProgramsCriminal Justice 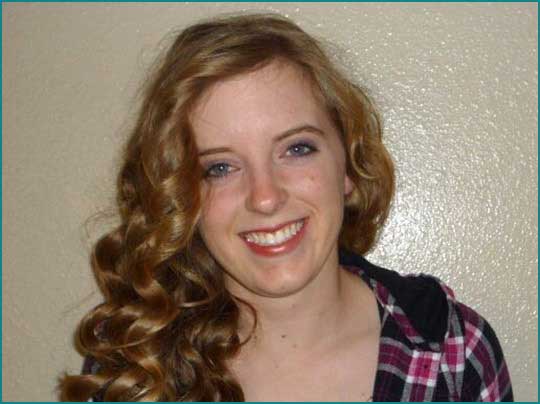 Working in the California Department of Corrections and Rehabilitation, Madeleine Nay (MET’18) was on the hunt for a master’s degree in criminal justice that would distinguish her professionally and give her career a boost. Mindful that where she decided to go would be a crucial factor in realizing her professional ambitions, the California resident did her homework. “I researched dozens of schools and spent months making pro/con lists, comparing the merits of a brick-and-mortar program to the merits of an online program, and reviewing power rankings prepared by trusted evaluators such as U.S. News & World Report and the Wall Street Journal,” she says.

She took note of BU’s Metropolitan College and the stalwart reputation of its online graduate programs. Consistently recognized as an exceptional and leading institution for those looking to improve their career by building applied skills in professional areas of need, MET has ranked among U.S. News & World Report’s Top 4 Best Online Master’s in Criminal Justice Programs for seven straight years.

For Ms. Nay, the convenience of online study at BU was a significant draw. “BU MET’s online offerings allowed me to pursue an education in criminal justice without sacrificing my full-time job, family time, or social life,” she says. And the dynamic, flexible format of her courses proved invaluable. “The program was structured such that I knew ahead of time when each of my assignments was due, which in turn allowed me to plan my extracurricular activities accordingly.”

While accessibility and accolades went a long way for Nay, what ultimately clinched her decision were enthusiastic first-hand accounts of satisfied alumni.

“Testimonials are what set BU apart from all the other schools I considered,” she explains. “Anyone can write that they loved the school they attended—few can say their school offered a program that propelled them forward in their profession and drove them to want to learn more.”

To develop tools in high demand at modern law enforcement departments like hers, Nay enrolled in MET’s Master of Science in Criminal Justice (MSCJ) program, specializing her graduate degree with a concentration in Cybercrime Investigation & Cybersecurity (CIC). It was here that she would meet MET’s resident expert on the emergent social science of cybercriminology, CIC Director Kyung-shick Choi, who became a key mentor in Nay’s education.

“He was instrumental,” she says. With lessons frequently citing contemporary, readily grasped examples drawn from the world—like the illegal online drug market Silk Road, or the relationship between cryptocurrencies like Bitcoin and gambling on the dark web—Choi helped pique Nay’s curiosity in her degree concentration.

“I credit [him] with my deep interest in cybercrime investigation and cybersecurity,” Nay says. “Dr. Choi is passionate about CIC and takes the time to ensure his students thoroughly understand the concepts behind establishing and improving CIC measures in private and public industries.”

Beyond theory, Choi also introduced Nay to the cutting-edge resources used by practicing investigators and analysts.

This hands-on course is a core requirement of Cybercrime Investigation & Cybersecurity programs at BU MET, which have in fact been granted funding by the US Department of Justice’s Bureau of Justice Assistance (BJA) to help law enforcement officers like Nay learn to harness and leverage the principles of computer forensics and digital evidence. It was here that she was introduced to EnCase—forensic software frequently accepted as an “expert witness” in US courts. “That class was—and still remains—one of the most fascinating courses I have ever taken,” she explains.

Today, Nay puts the talents she refined at MET to use as an intelligence operations technician in the gang unit of California’s Department of Corrections and Rehabilitation. Her career has given her a front-row seat on the developing value of another Criminal Justice track offered by BU MET: Crime Analysis.

“Crime analysis is huge” in her department, she says, citing the state’s outsize prison gang population, the largest in the nation. Because the gang population is so large, the department is responsible for routinely disrupting as much criminal activity as possible. To do this, Nay notes, pros must rely on the very kind of analytical skills honed in the courses that comprise the Graduate Certificate in Crime Analysis and the Master of Science in Criminal Justice with concentration in Crime Analysis programs.

“By having staff who are trained to collect and analyze data—including performing link analyses and data matching, mapping, and reorganization—the department can hamper criminal activity both in custody and out in the community,” she says. “Staff who know how to properly incorporate and articulate their analyses in written reports can apprise outside law enforcement agencies of criminal activity they may not be aware is taking place in their jurisdictions.”

Nay sees transformational value in what departmental collaboration via data can mean. “Sharing intelligence that has resulted from effective crime analysis procedures is a big step in bridging the gap between state- and local-level law enforcement agencies,” she asserts.

Nay calls her time at BU MET “one of the best educational experiences I have ever had,” noting that she is particularly grateful for a pair of courses, Research and Evaluation Methods (MET CJ 590) and Applied Analytical Methods (MET CJ 591).

“I received a promotion because I have been able to demonstrate my ability to dissect incoming reports, analyze data, identify trends, and make predictions regarding future activity,” she says, crediting those two course requirements of the MSCJ curriculum specifically for bolstering her professional prospects.

While security concerns prevent Nay from sharing details of her promotion, she is certain that her decision to enroll at Boston University’s Metropolitan College was the right one. “I cannot go into specifics about the work that I do, which makes it difficult to explain just how helpful this program has been in launching me forward professionally,” she says.

After having relied on the positive testimonies of previous alums in deciding to become a BU MET student, Nay is ready to corroborate the evidence she’d heard with her own first-hand account—in case it helps any other prospective investigator render their own verdict.

“Prior to enrolling in BU’s MSCJ program, I had little interest in cybercrime investigation and cybersecurity,” Nay says, by way of proof. “Now I am in the process of becoming a federal agent with the hope that, one day, I will work in the field.”

What to Read Next: MET Criminal Justice Knowledge Center