A Laser Focus on Fighting Cancer 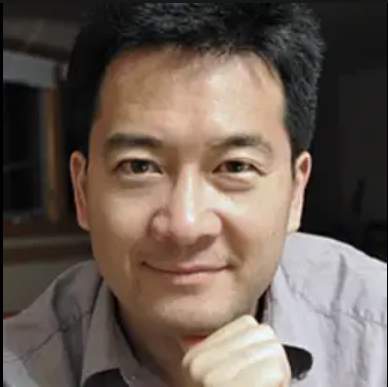 by Allison Kleber and Millie Zhu

The diagnosis and treatment of cancer, in its many malignant forms, remains one of the most urgent and confounding challenges of modern medicine. Professor Ji-Xin Cheng’s pioneering work on medical imaging technologies is once again poised to advance this struggle, with a pair of projects that use different types of vibrational spectroscopy to improve our understanding of cancer at the cellular and molecular level.

A change in metabolism at the cellular level is increasingly recognized as a hallmark of cancer, one which offers new avenues of research into the elusive inner workings of the disease. To take advantage of this, new technologies are needed to better measure the precise quantities of metabolites within a given cell; i.e., the materials that are produced when the body breaks down food, chemicals, its own fat or tissue stores, etc. Current spectroscopic methods fall short, especially when it comes to mapping the spatial distribution of these substances.

Building on previous breakthroughs, Professor Cheng’s lab has invented a new lock-in free, wide-field mid-infrared photothermal (MIP) microscope for the vibrational imaging of metabolites in live tumor cells and intact biopsies. While their earlier designs faced limitations in speed and sensitivity, Cheng’s team has new innovations in mind. With the support of a $1.2M grant from the National Cancer Institute, the new microscope they’re developing will utilize significantly higher-power illumination and a wider range of frequencies, allowing it to generate higher-resolution, high-content images of live cancer cells; all at significantly increased speed.

Using this powerful new imaging tool, Cheng’s team plans to investigate a theorized metabolic switch within ovarian cancer cells that have become resistant to cisplatin, a common chemotherapy medication which targets DNA replication in fast-proliferating cancer cells. By mapping these cells’ metabolism at a very high spatial resolution, and thus confirming whether they have switched from glucose-mediated lipogenesis (conversion of fatty acids and glycerol into fat) to fatty acids uptake/oxidation (essentially, conversion into energy, instead), researchers may be able to understand the process by which they become drug-resistant, and even develop adaptive therapies that inhibit or prevent this serious setback in treatment. 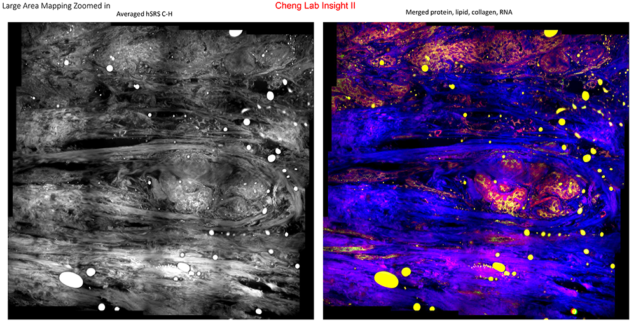 Of course, in order to get to treatment in the first place, timely and accurate diagnosis is essential. With this in mind, Professor Cheng and his researchers are pursuing fresh innovations via a second type of spectroscopy, stimulated Raman scattering (SRS). He believes that SRS imaging can match, or even outperform, Hematoxylin & Eosin staining, the current gold standard for histological interpretation–that is, for diagnosis based on chemicals found in breast tissue–which is laborious and time-consuming as well as requiring invasive biopsies, or even surgery.

Ultimately, Cheng and his group aim to use this technology to easily classify three types of breast tumors: Ductal Carcinoma In Situ (DCIS), Invasive Ductal Carcinoma (IDC), and Invasive Lobular Carcinoma (ILC), as well as healthy breast tissue, with an accuracy above 90%. In addition, they expect to make fresh discoveries regarding breast cancer pathology, and to identify previously unknown biomarkers which can further improve the speed and accuracy of diagnosis, and therefore the application of treatment; such discoveries will also further the medical establishment’s understanding of the pathological progression of the disease. 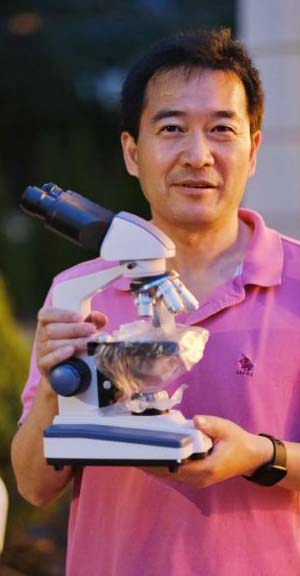 Professor Ji-Xin Cheng joined Boston University’s department of Electrical and Computer Engineering in 2017 as the inaugural Theodore Moustakas Chair Professor in Photonics and Optoelectronics. His ground-breaking work in medical imaging and myriad other optical technologies and applications has earned him significant honors, including the Pittsburgh Spectroscopy Award (2020), the Purdue University College of Engineering Research Excellence Award (2016), Optica’s Ellis R. Lippincott Award, named for a fellow pioneer in vibrational spectroscopy, the Purdue University College of Engineering Research Excellence Award (2016), and the Coblentz Society’s Craver Award (2015). Professor Cheng is a Fellow of Optica (formerly the Optical Society of America) and AIMBE (the American Institute of Medicine and Biological Engineering). He was awarded his PhD by the University of Science and Technology of China in 1998.