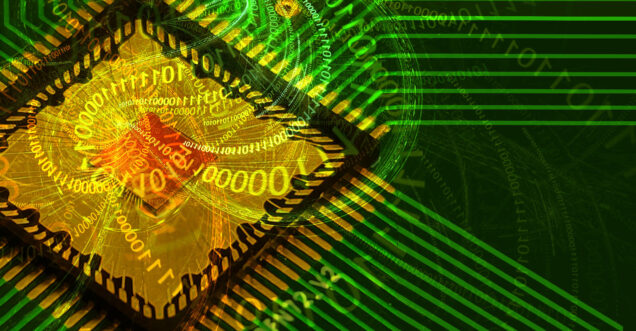 Professor Rabia Yazicigil and her MIT collaborators are on a roll. The multi-institutional team behind the GRAND universal decoder algorithm and its first realization in hardware have been awarded $5M in funding by the Defense Advanced Research Program Agency (DARPA) to continue developing revolutionary improvements to wireless communications.

Simply put, traditional coding techniques exist to prevent wireless communications from operating like a high-tech game of “telephone,” where the message that reaches the recipient is significantly altered from what the sender intended. As your transmission passes through a network, it can become garbled, picking up noise from other signals and phenomena it encounters. Enter GRAND: algorithms which remove distortions through sophisticated “guessing.” Because this process is code-agnostic, it is much faster and more flexible than traditional decoding. This is critical for fifth generation (5G) technologies and the rise of applications like self-driving cars and next-gen medical platforms, which rely on ultra-fast signal processing.

The new DARPA grant will support the team’s ongoing efforts as they develop GRAND-variant algorithms and realize them in hardware, which is Professor Yazicigil’s primary role: designing the custom chips which will bring GRAND from theory to application. In particular, the team will focus on new variant algorithms which use “soft information,” such as real-time, updated information about channel noise, which should reduce the average number of “guesses” the algorithm must perform, further decreasing both latency and energy use.

Co-PI Professor Anantha Chandrakasan joins the GRAND project with a focus on developing novel, highly scalable security techniques which are made possible by the algorithms’ code-agnosticism. In collaboration with Professors Yazicigil and Médard, he is designing a method which involves encrypting a small portion of mixed data after it has already been encoded for transmission (reversing the traditional process). Initial results suggest that this technique will be less costly than those currently in use.

Professor Rabia Yazicigil earned her PhD from Columbia University in 2016. Her graduate work received considerable recognition, garnering her the Columbia University Electrical Engineering Collaborative Research Award for Interdisciplinary PhD Thesis Research (2016), the Analog Devices Inc. Outstanding Student Designer Award (2015), and more. Since joining the BU ECE faculty in Summer 2018, Professor Yazicigil has made waves with her work on miniaturized medical diagnostic hardware and hybrid bio-electronic microfluidic biosensors, as well as her contributions to the development and realization of GRAND. She serves as primary investigator for the Wireless Integrated Systems and Extreme Circuits (WISE-Circuits) Laboratory.