Assistant Professor Alan Liu may be new to the department of Electrical and Computer Engineering, but he has hit the ground running, winning support from the National Science Foundation (NSF) for three related projects aimed at utilizing what he terms “the power of programmability in the network for secure, performant, and reliable systems.” In other words, his team aims to build more robust protections for our essential communications systems, all while boosting their functional capacity.

A FROOT-ful Direction for Inquiry

Led by Professor Liu, and supported by a total of $750K from the NSF, “Future-Proof, Trustworthy Telemetry on Heterogeneous Networks” (FROOT) is a collaborative effort between BU and Carnegie Mellon researchers. The team aims to design next-gen telemetry infrastructure which can be effectively monitored even as traffic continues to increase and diversify.

Defending Against Denial (of Service)

DDoS attacks are one of the oldest tools in the toolbox of network security threats, a method that has itself diversified and advanced alongside the systems it targets. At their most advanced, these attacks exploit weaknesses that have been carefully researched in advance. Backed by a total of $1.2M from the NSF, Liu’s team is collaborating with researchers at the University of Oregon and Carnegie Mellon to develop optics-enabled in-network defenses, and make a case for new, smart, programmable controls which can adjust the network topology to resist such attacks by essentially creating a moving target. This project is titled “Optics-enabled Network Defenses for Extreme Terabit DDoS Attacks” (ONSET).

The possibilities that come with the transition to 5G will be bountiful; and so will the potential security threats. A proliferation of new applications, such as AR/VR (mobile augmented and virtual reality) will come with weaknesses we can’t predict. Professor Liu’s group is teaming up with researchers from UC Riverside, Carnegie Mellon, and Johns Hopkins on “Scalable Learning from Distributed Data for Wireless Network Management,” with a total of $1M in NSF funds, is investigating a new three-part method of analyzing and managing wireless networks in real time, to help meet these anticipated but as yet unknown threats. This approach will use a) raw data compression via novel summaries and sketches that  reduce analytics overhead, b) scalable yet highly flexible distributed learning approaches built on the emerging “federated learning” paradigm, and c) intelligent control plane analytics to minimize the impact on the network data plane. 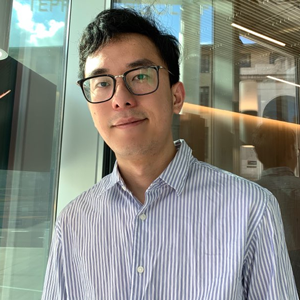 Utilizing an array of multidisciplinary methods from algorithm design to optics, these three projects will help to protect the communications networks our society has come to rely on, even as they continue to expand at dizzying speed.

Alan Liu joined the Department of Electrical and Computer Engineering in January 2021. He received his PhD from Johns Hopkins University in 2018, and received several awards from USENIX and the Association for Computing Machinery for his post-doctoral research at Carnegie Mellon.