A celebrated faculty and a wealth of hands-on opportunities prepare you to join our long list of alumni having a real impact throughout the television industry.

What they do now

The small screen is bigger than ever. Television

Television has exploded the last few years, becoming more vibrant and dynamic than ever. Yes, the way people watch TV has changed—tablets, smartphones, binge watching—but these changes have only created more opportunities for original thinkers and creators who want to tell visual stories. Television is the fastest growing and most innovative areas of the industry, thanks to streaming platforms such as Netflix, Amazon, Hulu, Apple, and other new media outlets. Boston University’s MS in Television, with concentrations in Producing/Writing and Producing/Management, is one of the few programs that is dedicated solely to this exciting medium.

An Inside Look at COM Film & Television

Boston University’s Master of Science in Television teaches you how. In three semesters, you’ll gain the knowledge and skills necessary to tell compelling stories, develop ideas and compete successfully, in everything from reality shows to TV dramas, comedies and mini-series. You’ll learn from faculty who have extensive professional experience in the subjects they teach. Whether you want to produce, manage, write, market, teach or pursue another career avenue, you’ll leave here uniquely prepared and qualified to take on the TV world.

Learn the nuts and bolts

Students who take producing classes want to learn the nuts and bolts of producing and writing for TV.

Do you have what it takes?

Success in our field demands total dedication and tenacity. 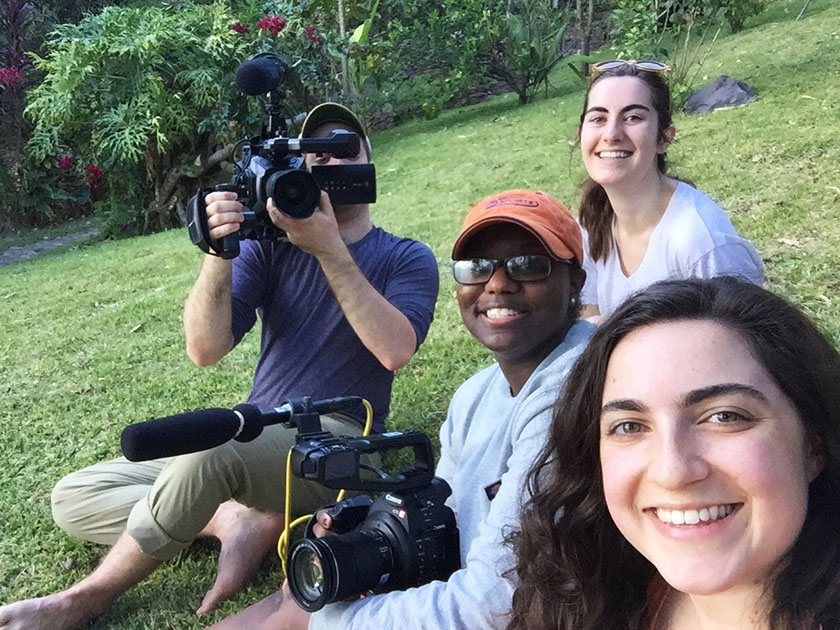 The Producing/Management concentration sets you on the path to become managers and leaders in the entertainment industry. You’ll gain an understanding of how television has changed ­and will continue to change in the future. You’ll learn skills essential to surviving—and thriving—in this constantly shifting industry. You’ll also have the opportunity to work closely with a faculty of award-winning producers.

BU offers you the unique opportunity to study both in Boston, a major East Coast media and cultural center, and Los Angeles, the epicenter of the entertainment industry. If you choose Boston for your third semester, you’ll have access to all the resources of BU, a highly ranked major research institution, and a documentary-oriented program. In Los Angeles, you’ll be at the very heart of the entertainment business.

In either location, in your third semester you’ll gain valuable internship experience working alongside established television professionals while finishing your thesis and classes. Both programs make a great introduction to the business that frequently leads to a graduate’s first job.

Recent internships for our MS in Television students included:

Seize your TV career at BU.

Television is rewarding. It’s fast-paced, creatively challenging, competitive and growing in different and exciting directions. If you want to make a career of developing and creating the television and new media of tomorrow, you’ve come to the right place.

Our Master of Science in Television is one of the nation’s leading programs, filled with experiential opportunities such as BUTV10 and Hothouse Productions and a track record of producing executives, writers and producers at the very highest levels of the television industry. In fact, the Hollywood Reporter refers to BU as “Hollywood’s Secret Female Training Ground” and named seven of our alumnae in the Women in Entertainment Power 100, including Bonnie Hammer of NBCUniversal Cable Entertainment Group and Nancy Dubuc of A+E Networks.

Maybe BU’s next great name in television will be yours.