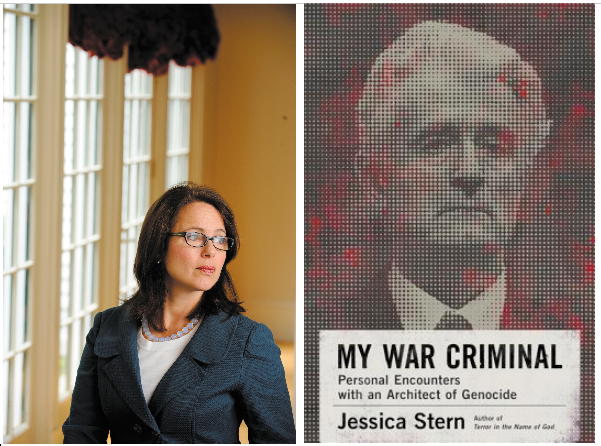 Literary Hub has listed the forthcoming book, My War Criminal: Personal Encounters with an Architect of Genocide (ECCO, 2020), by Jessica Stern, Research Professor at the Frederick S. Pardee School of Global Studies at Boston University, as one of the most anticipated books of 2020.

History never really ended and its sitting in a prison cell in The Hague. Radovan Karadzic, the “charming” poet-psychiatrist and leading voice of genocidal Serbian nationalism, will spend the rest of his life locked up for his role in the Bosnian War, and the subsequent massacre of 8,000 Bosniaks, mainly men and boys, at Srbrenica in July 1995. For a two-year period between October 2014 and November 2016 Karadzic was visited by terrorism expert Jessica Stern, who sought, as we must, to understand the psychology of genocide: its motivations, its acts, its perennial surfacing among so-called civilized society. What followed was a series of interviews that form the backbone of this chilling account of how quickly societal order can collapse, particularly when given just the right push from intelligent, charismatic men.

Stern is the coauthor with J.M. Berger of ISIS: The State of Terror; and the author of Denial: A Memoir of Terror, selected by the Washington Post as a best book of the year; Terror in the Name of God: Why Religious Militants Kill, selected by the New York Times as a notable book of the year; The Ultimate Terrorists; and numerous articles on terrorism. Prior to joining the Pardee School faculty, she worked in government, serving on President Clinton’s National Security Council Staff and as an analyst at Lawrence Livermore National Laboratory. Learn more about her here.