Longman on Coup in Burundi 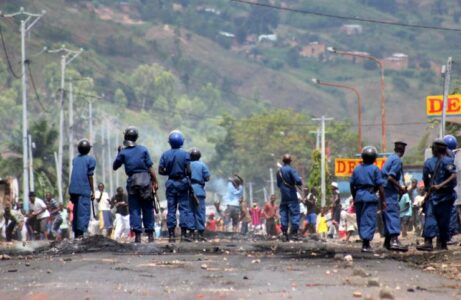 Timothy Longman, Associate Professor of International Relations and Political Science at the Frederick S. Pardee School of Global Studies at Boston University, said that Burundi is in danger of descending into ethnic violence.

Longman made the argument in the International Business Times on May 13, responding to news out of the African country that the President Pierre Nkurunziza had been ousted in a military coup. The article was entitled “Africa Watches Burundi Coup To See If Conflict Spreads, Reignites Hutu-Tutsi Ethnic Conflict.”

“Meanwhile, Burundi faces more than just the typical challenges posed by power-hungry politicians who are tempted to overstay their welcomes.

“The fear that everybody has is that the government in trying to stay in power might stoke ethnic conflict again,” said Timothy P. Longman, director of the African Studies Center at Boston University. “Once it becomes ethnic violence, it’s hard to diminish.”

Longman also lent his insight into an article on Burundi army general Godefroid Niyombare, who orchestrated the coup. That article is entitled “Who Is Godefroid Niyombare? Meet The Burundi Army General Who Declared A Coup To Oust President Pierre Nkurunziza.”

Niyombare’s wife was fatally shot in an alleged assassination attempt against the general shortly after his dismissal. Although Niyombare was removed from his post, he was not driven out of the army. It’s not yet known whether Niyombare’s attempt to oust Nkurunziza was personally or politically motivated, experts said.

“Both motives are probably relevant,” said Timothy Longman, director of the African Studies Center at Boston University’s Pardee School of Global Studies. “But the Burundi army has been regarded as a real success since the transition in 2006.”

Longman was also quoted in a Wall Street Journal article on the topic entitled, “Burundi Army General Says President Has Been Ousted.”

Burundi’s location at the nexus of Rwanda, Tanzania and the Democratic Republic of Congo means that unrest there tends to spill over into its neighbors. More than 50,000 Burundian have fled to neighboring countries since mid-April.

“If the violence takes on an ethnic tone that would have serious reverberations in Rwanda and Congo,” said Timothy Longman, the director of Boston University’s African Studies Center. “The history of the region is that when there’s conflict in one country it tends to spread to the others.”

The Arusha Agreement of 2000 is a treaty that ended Burundi’s 12-year civil war, which left some 300,000 people dead. A major part of the peace deal involved the army, because its ethnic division was one of the challenges to democracy in the 1990s.

“It was clear that this army would never help sustain a democratic system,” said Timothy Longman, director of the African Studies Center at Boston University’s Pardee School of Global Studies.