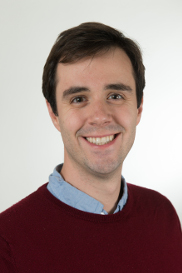 Stephen Terry was selected as an Institute Junior Faculty Fellow beginning in Fall 2017. Stephen is an assistant professor of economics and a macroeconomist with a Ph.D. in Economics from Stanford University in 2015. Stephen studies the role of individual firms and business managers in driving outcomes for the economy as a whole. In one set of work, Stephen studies short-termism. By building factories, inventing new products, hiring new workers, and entering new markets, firms continually make choices that build long-term value for society. Using a mixture of empirical and simulation-based analysis, Stephen’s work in this area models the economy as made up of individual managers facing incentives to sometimes sacrifice such long-term gains, and macroeconomic growth, for the short-term profits of their firm. Stephen’s also studies models of the economy in which very disaggregated considerations, like the time and resources required to plan for the construction of factories or hire new workers, can collectively influence the severity of recessions and the size of booms for the economy as a whole. Stephen’s research typically employs large datasets of firm behavior alongside models of the economy built on individual firm-level simulation