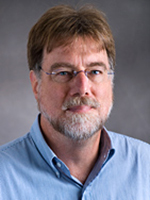 Martin Herbodrt is a Faculty Affiliate of the CRI Lab at the Hariri Institute; he was previously an Institute Faculty Fellow, from September 2011 to August 2013, while being supported by an MGHPCC seed grant to work on mechanisms in support of green HPC computing. He is on the faculty of the Department of Electrical & Computer Engineering at Boston University. His research interests are in computer architecture, especially finding ways to accelerate applications not optimally served by mainstream processors, such as computer vision, weather and climate modeling, bioinformatics, and computational biology. Much of his recent work has focused on using the incredible, but largely untapped, computation capability of configurable circuits (FPGAs). Professor Herbordt received a BA in Physics and Philosophy from the University of Pennsylvania in 1981 and a PhD in Computer Science from the University of Massachusetts in 1994.