With support from a $1.4M NSF grant, researchers from Boston University and UMass Amherst are teaming up on an ambitious effort to create microscopic, programmable “living devices” which can detect and neutralize specific toxic contaminants found in drinking water. BU ECE’s Professor Douglas Densmore, co-PI on the project, and his technical lead support, Research Assistant Professor Samuel Oliveira, believe that this research could help provide the foundation for far-reaching future applications of synthetic biology to some of the most urgent challenges facing our society and planet.

Life at the microscopic level is far more cosmopolitan and conversational than we might imagine; colonies of bacteria live together in interspecies communities, communicating with their fellows via species-specific biochemical signaling mechanisms. For example, suppose researchers can find a way to manipulate these signals and convince different species of cohabiting bacteria to “talk” to one another. In that case, they should be able to “program” them to enact specific processes collectively.

Researchers could then engineer synthetic bacterial communities customized for such tasks, so-called “living devices,” or “interspecies genetic circuits,” which could achieve all kinds of desirable outcomes, from analyzing and cleaning drinking water to creating environmentally friendly biofuels or novel therapeutic strategies for human health.

Professor Densmore’s co-PI at UMass Amherst, Assistant Professor of Chemical Engineering Lauren Andrews, will lead the investigation into interspecies intercellular communication, while he and Professor Oliveira will leverage the infrastructure of the DAMP (Design Automation Manufacturing Processes) Lab to develop high-throughput multilayer microfluidic platforms which can be used for studying and maintaining bacterial communities. This platform can then be used to develop a database of parameters and models to predict the signaling dynamics of “multicellular transcriptional regulatory networks” like the bacterial communities at the center of this current project. (For more information on their approach, check out the research plan on Oliveira’s website.)

The goals of this study dovetail perfectly with Densmore and Oliveira’s shared vision for the future of synthetic biology, as discussed in an article the duo published in BioDesign Research in September 2022, entitled “Hardware, Software, and Wetware CoDesign Environment for Synthetic Biology.” Taking an appropriately multidisciplinary view, Densmore and Oliveira advocate approaching synthetic biology using a three-part (“hardware, software, wetware”) co-design approach from the techniques already used in the design process for embedded electronics.

In the belief that biology will be the key to addressing many of the most critical challenges facing society today, Densmore and Oliveira put significant emphasis on the importance of automation, standardization, and democratization to allow for dramatically scaled-up production and widespread implementation of synthetic biological systems like the “living devices” they are working towards opposite Professor Andrews’ team. They envision an eventual proliferation of shared resources, open-source databases, and libraries of characterized biological components – although that depends a good deal on experimental results to determine what level of characterization is possible and how best to standardize that information, among other challenging factors. As such, the effort to understand, replicate, and synthetically re-engineer microbial processes in this study represents a direct step towards bioengineering a better future, starting with cleaner drinking water. 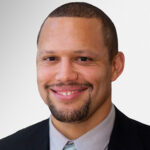 Professor Douglas Densmore joined the Department of Electrical and Computer Engineering in 2010 and is the founder and co-PI of DAMP Lab. He is an AIMBE Fellow, a Tegan Family Distinguished Faculty Fellow, a Senior Member of IEEE and ACM, and a 2013 NSF CAREER Award recipient, among many other honors, and he has co-founded three commercial synthetic biology-based companies in the Boston area. In addition to synthetic biology and microfluidics, his research interests include embedded systems, logic synthesis, digital logic design, system-level design, and computer architecture. 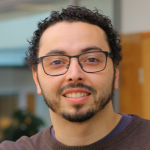 Research Assistant Professor Samuel Oliveira was recently appointed to his current position after three and a half years with ECE as a Post-Doctoral Research Associate and Lab Manager of DAMP Lab. He received his PhD in 2019 from Tampere University in Finland. In addition to bioengineering and microfluidics, his research interests include synthetic microbial communities, multi-layer microfluidic integration, real-time live bacterial microscopy, and single-cell image and data analysis.