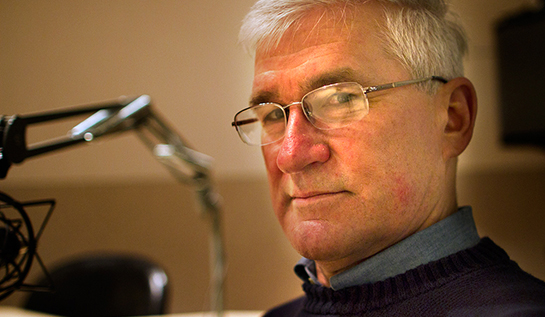 Andrew Bacevich, Professor Emeritus at the Frederick S. Pardee School of Global Studies at Boston University, said that the instability visited upon Iraq by the U. S. armed forces’ overthrow of Saddam Hussein led to the rise of ISIS or Daesh.

Bacevich made his case on the NPR radio program Here and Now with Jeremy Hobson. Hobson brought up both Bacevich’s longstanding opposition to the Iraq war and the death of Bacevich’s son in the line of duty in 2007.

From the July 6 interview:

“The reason ISIS exists is because the George W. Bush administration introduced U.S. forces into Iraq in the first place. More broadly, our Iraq War, or ‘Bush’s Iraq War,’ broke Iraq, ended its stability. The Iraqi government we’ve created, the Iraqi army that we’ve created has proven itself unable to cope with the instability we created. ISIS is simply a symptom, or a manifestation of that instability.”

You can listen to the full interview here.

Bacevich is the author of Breach of Trust: How Americans Failed Their Soldiers and Their Country (2013). Learn more about him here.