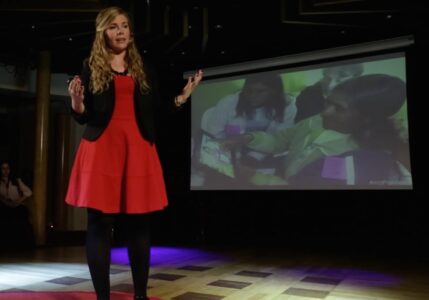 From behind the lens of her camera, Ana Pantelic captures the sights and energy of locations around the world, from her native Serbia to Latin America. And what she sees, often, is endemic poverty and the misuse of natural resources.

“Rural villagers might not have bank accounts or identification documents. Some are illiterate, or hours away from government or social services,” Pantelic said. “It can make it difficult for families to break the cycle of poverty.”

Closing those gaps with the use of technology has been Pantelic’s mission on both sides of the Atlantic.

The Boston University aluma who received her Masters in International Relations in 2008 from what is now the Frederick S. Pardee School of Global Studies at Boston University, is currently pursuing a PhD at the University of Belgrade in Serbia. But a big part of her doctoral research comes from a leap of faith she took on a start-up in Colombia.

That start-up was Fundacion Capital’s LISTA Initiative, which works with families receiving a particular type of government assistance.

“Governments in Latin America have a policy known as conditional cash transfers – they give money to poor women with children on the condition that the children receive health care and attend school. 174 million Latin Americans benefit from them,” Pantelic said. “But each country disburses its funds differently. Some places use vouchers, others you have mothers standing in lines – and that’s a problem, because for many of these women getting your money means leaving your family and arranging child care.”

Of further concern is that those receiving conditional cash transfers get financial advice on how to manage their money, but that can mean more time spent traveling to financial management classes. Addressing these problems was the reason Pantelic, then a recent graduate, traveled to Bogota in 2012. 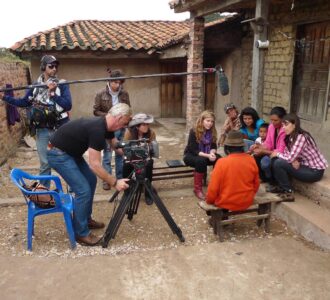 “I’m grateful to professor Henrik Selin who was able to put me in contact with an alum working in Colombia. She helped me get settled into the area and my job,” Pantelic said. “At the time there were only ten of us working in the organization. We had this crazy idea to do something different, something big.”

That idea was a tablet-based financial planning app. One tablet is distributed to community leaders in rural areas. They use the tablet to provide training to women taking advantage of the transfers. It includes information on setting up bank accounts and mobile banking, so they can receive their funds without traveling to an urban center.

“What started as a little pilot has now been adopted by the government of Colombia as part of their policy. They’re hoping for 100,000 users next year,” Pantelic said. “We’re also looking to take the project to Brazil.”

“We adapted aspects of the No Impact Challenge popular in the U.S. to Serbia, and have had around 200 people participate,” Pantelic said. “It’s been great.”

After she completes her PhD – she anticipates finishing in 2015 – Pantelic said she is considering returning to Colombia or seeking new opportunities where she can have global impact.

“Boston University provided me with a great academic foundation,” Pantelic said. “But it was the students and professors who inspired me to pursue a career where I could make a difference in the lives of others.”