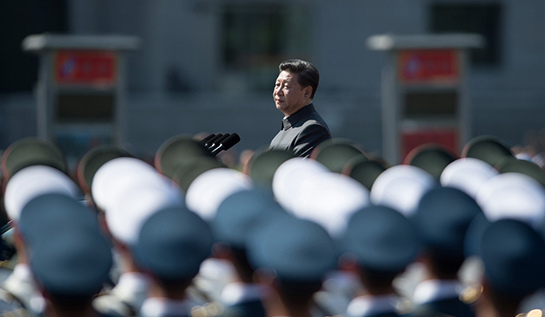 Joseph Fewsmith, Director of Undergraduate Studies at the Frederick S. Pardee School of Global Studies at Boston University, said that Xi Jinping’s top-down leadership style has been a challenge with the seismic changes China’s economy has undergone in recent months.

Fewsmith made the case in a Sept. 10 article in Bloomberg Business entitled “How Do You Micromanage a Nation of 1.4 Billion? Ask Xi Jinping.”

By putting the prestige of the party chief behind economic matters, Xi’s actions were initially seen as raising the prospects for reforms including changes to China’s bloated state sector. But it also opened him up to a greater share of the criticism should the economy take a turn for the worse.

“He will be blamed for whatever goes wrong, and he no doubt has many enemies,” said Joseph Fewsmith, a Boston University professor who specializes in elite Chinese politics. “Given the turmoil in the Chinese economy lately, there must be a lot of griping that Xi does not understand the economy. And getting the economy right is important.”

Fewsmith is a Professor of International Relations and Political Science. He is the author or editor of eight books, including, most recently, The Logic and Limits of Political Reform in China (January 2013). Learn more about him here.