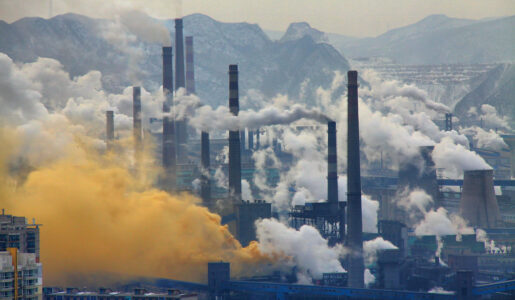 Kevin Gallagher, Professor of Global Development Policy at the Frederick S. Pardee School of Global Studies at Boston University, was recently interviewed on how China’s recent international trade record does not match up with President Xi Jinping’s environmental rhetoric.

Gallagher was quoted in a December 7, 2016 article in Foreign Policy entitled “China Is Outsourcing Its Pollution.”

Without this “backdoor” to export equipment and labor to new markets, we might not have seen a cap on China’s domestic coal production capacity, suggests Kevin Gallagher, a professor of global development policy at Boston University. Eighty percent of coal companies in China incurred losses in 2015, and more than 1 million jobs are at risk as governments orchestrate the closure of more than 1 billion tons of mining capacity.

Perhaps more than vested interests in exporting countries, the future of coal finance will rely on the market gods of supply and demand. “Chinese coal financing is really demand driven,” says Gallagher, since the countries China is investing in are looking specifically to develop coal. Zisko agrees: “I see a bigger problem with our authorities than with China.” During his conversations with Chinese companies and banks, Zisko often hears them say, “‘If the Bosnian government had come to us with a proposal for renewables, we would have built renewables.’”

And so, despite being poised to assume the mantle of climate leadership, China may not be willing to deal with its vested interests at home and break with its “no questions asked” form of investment diplomacy abroad.With the country refining its expertise in renewable technology and ramping up exports of wind turbines and solar panels, “China now has the interests, and not just the passion, necessary to make it happen,” Gallagher says.