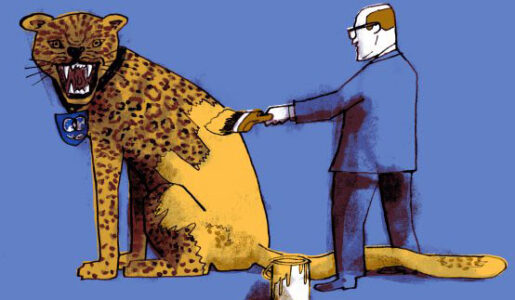 Gallagher was quoted in a June 29, 2016 article in The Bretton Woods Project entitled “Can the IMF Leopard Change its Spots?”

The authors found that removing capital controls contributes to “raising the odds of a [financial] crash”, concluding that the use of capital controls should be considered both “viable” and sometimes the “only” tool to use. They noted, however, that countries should only use capital controls when faced with “an unsustainable credit boom” driven by direct borrowing from abroad. Kevin Gallagher of Boston University remarked that this means that “on the capital account the IMF has started to put economics over ideology, which is a big step in the right direction.”