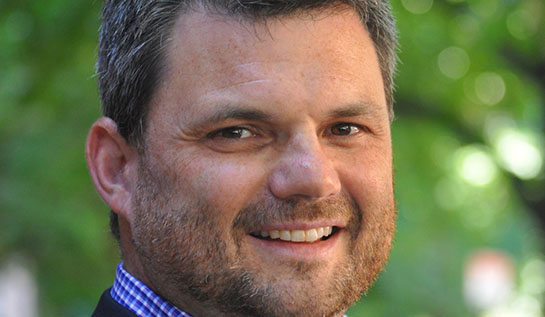 Kevin Gallagher, Associate Professor of Global Development Policy at the Frederick S. Pardee School of Global Studies at Boston University, was published in a number of international media outlets as an expert on finance in China, specifically the recent creation of the Asian Infrastructure Investment Bank, or AIIB.

Gallagher was quoted in the Singapore Straits Times on April 3, in an article entitled “AIIB Gains from Inclusive Stance.” From the text of the article:

Professor Kevin Gallagher of Boston University said relinquishing veto power is better for Beijing
in the long run. “Now they can say they formed a global financial institution with a more sound
structure than the Bretton Woods institutions that grant the US veto power,” he added.

On April 7, Gallagher was quoted in a Bloomberg Business article entitled, “U.S. Failure to Stop China Bank Unmasks World Finance Fight.” From the text of the article:

The formation of the bank also may have been driven by China’s frustration with its representation in the International Monetary Fund and the World Bank, said Kevin Gallagher, a professor of global development policy at Boston University.

The U.S. Congress has refused to pass changes to the IMF’s share structure that would give emerging powers such as China and India more clout. “Part of it is definitely feeling like they’re shut out of some of the other institutions,” he said.

On April 8, Gallagher was quoted again in Bloomberg Business in an article entitled, “Kim Says China Bank is New Start, Not End, for U. S. – Led Order.” From the text of that article:

China will likely have its own advice to give the World Bank, said Kevin Gallagher, a professor of global development policy at Boston University. Until recently, the World Bank “all but abandoned” financing infrastructure projects in favor of “micro-interventions,” he said.

The World Bank is “far from the frontier of new thinking and practice on infrastructure,” Gallagher said in an e-mail.

And Gallagher was also featured in a recent Associated Press article entitled “Stronger U. S. Economy and Dollar Tighten Latin American Ties.” From the text of that article:

Across Latin America, companies increasingly are looking north for business. The prospect of tighter commercial ties across the Americas has handed the United States a chance to reclaim some of the regional economic and political clout it lost to a surging China over the past decade. President Barack Obama will be given a big opportunity to re-engage more vigorously with the new regional landscape at the Summit of the Americas Friday and Saturday in Panama City.

“It’s a perfect time for the U.S. to reset in Latin America,” says Kevin Gallagher, professor of international relations at Boston University.

Gallagher co-directs the Global Economic Governance Initiative and the Global Development Policy Program. You can learn more about him here.