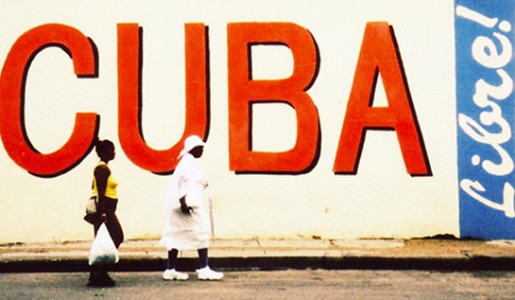 Paul Hare, visiting lecturer at the Frederick S. Pardee School of Global Studies at Boston University, said that liberation will hasten in Cuba in the wake of President Obama’s decision to end the embargo on the island nation.

Hare shared his insight with BU Today on Jan. 26 in the article, “Cuba Gets a New Normal.”

Said Hare in the article:

“President Obama has signaled a new direction in US policy to Cuba—away from regime change and more to one allowing a full US diplomatic presence on the island, which will promote economic and political openness.

“President Obama is chipping away at the block. The whole edifice will take a lot of dismantling. Previous presidents have used their executive power to make adjustments to the embargo. What he can’t do is bring down the whole Helms-Burton legislation [stiffening the embargo]. That has to be by Congress. And from January 2015, the Republicans control both houses. So free trade and investment is still some way off. Helms-Burton states that no official US assistance, such as development aid, can be given to Cuba as long as Fidel or Raul Castro is in the government. What Obama is doing is making travel under license easier, authorizing use of credit cards, some banking facilities, et cetera. But free travel to Cuba by all Americans is some way off.”

Ambassador Paul Webster Hare was the British ambassador to Cuba from 2001-04.

Hare graduated with First Class Honors in Politics and Economics from Oxford University in 1972 and from the College of Law in London in 1976. He worked for 5 years in the private sector, in law and investment banking, before serving for 30 years in the British Diplomatic Service. Hare  served overseas in Portugal, New York, at the UK Representation at the EU in Brussels, and in Venezuela as Deputy Head of Mission. He was Head of the Foreign Office’s Non-Proliferation Department and the first Project Director for the UK’s presence at the Shanghai World Expo in 2010.