Students from around the world are attracted to Boston University and the Center for Global Christianity & Mission. Students’ interests are extremely diverse, but are unified by a fascination with global Christianity and mission.

Laura Chevalier is a PhD candidate at Boston University School of Theology studying mission history and world Christianity. Her research interests focus on the intersection of mission and spiritual formation. In particular, she is interested in children and mission, spirituality and mission, spiritual autobiography, African Christianity, women in global Christianity, and formation for mission. Her dissertation focuses on evangelical mission work with children in the late nineteenth and early twentieth centuries. Prior to coming to BU, Laura worked for the Association of Christian Schools International (ACSI) as a specialist in international student programs and global outreach where she developed and taught dozens of seminars and webinars related to mission and intercultural engagement. Previously, she worked with refugees and immigrants in Illinois and served for three years in Kenya with a holistic child development program. Laura holds degrees in mission and intercultural studies from Wheaton College, IL (MA) and Houghton College, NY (BA). Email: lchev@bu.edu 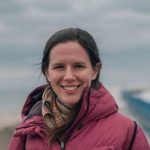 Morgan Crago is a PhD student at Boston University School of Theology in the history of Christianity track. She completed her MTS at Saint Louis University, where she focused her study on the global pentecostal and charismatic movements. Prior to moving to St. Louis, MO, she completed her BA in history and biblical and theological studies, as well as an MA in secondary education, at Covenant College near Chattanooga, TN. Her research interests broadly concern the history of contemporary world Christianity and regional variations in pentecostal and charismatic Christianity, with a particular focus on Latin America. Email: mcrago@bu.edu 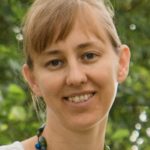 Anicka Fast is in her fifth year of a PhD in Mission Studies. She holds degrees in Linguistics from McGill University and the School of Oriental and African Studies. Before coming to BU from Québec, Canada, she and her husband worked with Mennonite Central Committee in DR Congo for three years. Anicka’s research interests include ecclesiology, missiology, political theology, African Christianity, global Anabaptism, and the historiography of the missionary encounter. Her dissertation focuses on the history of the Mennonite and Mennonite Brethren missionary encounter in Belgian Congo (1905-1939). She explores how North American and Congolese Mennonites struggled to define church and to participate in it during the initial decades of their relationship, traces shifts in their ecclesial understandings, and analyzes the interactions between their ecclesiologies and the competing politics of ethnicity, race, gender, and the colonial state. Email: anicka@bu.edu 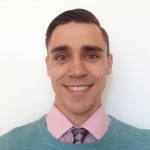 Dima Hurlbut entered Boston University’s MA/PhD program in African history in 2014, after earning his BA from Lewis and Clark College in Portland, Oregon. His dissertation examines the rise of Mormonism in Southeastern Nigeria. Email: dhurlbut@bu.edu 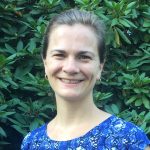 Allison Kach is a PhD student in Mission Studies under the broader umbrella of the History of Missions and World Christianity at Boston University School of Theology. Her research interests include the history of Christian mission especially as it relates to global migration, the histories of faith-based migrant communities, women in missions and global Christianities. Allison holds a BSc in Geography from the University of Regina, in her home province of Saskatchewan, Canada; and an MA in Global Leadership from Fuller Theological Seminary. She is an Ordained Minister with the Open Bible Faith Fellowship of Canada and is also a trained ESL/EFL instructor. For the ten years preceding her arrival at BU she was engaged in cross-cultural mission predominantly with Youth With A Mission. The majority of her experience was in Guatemala (one year), Ukraine (four years), and Colorado (five years) partnering with the local church and mission expressions teaching ESL, children and youth programs, theological and mission training, mercy work amongst the economically poor and refugees. This work has allowed her to learn, serve and teach in varying capacities and diverse religious and cultural contexts in over 25 countries with Lebanon, Cyprus, Nepal and Azerbaijan being some of her personal highlights. Email: arkach@bu.edu 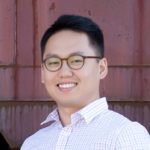 Hyunwoo Koo is pursuing his PhD in Practical Theology, focusing on the socio-cultural and religious experiences of Korean immigrants in the U.S. His research interests also include contextual theologies, post-colonial studies, and migration studies. Prior to his current program, Hyunwoo studied at Boston University (M.Div) and Harvard University (MTS in Comparative Studies). Email: hyunwoo@bu.edu 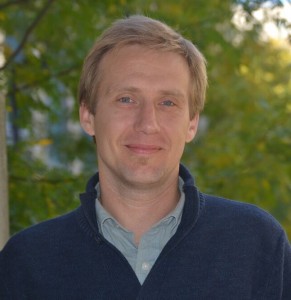 Tyler Lenocker is a PhD candidate studying the history of world Christianity and mission. He holds a BA in history from the University of California-Berkeley, and an MDiv and MA in church history from Gordon-Cornwell Theological Seminary in Hamilton, MA. His dissertation examines the history of post-World War II urban evangelicalism in Boston, with specific attention to the neo-evangelical relationship with the city’s growing and diversifying migrant Christian communities. The project explores how an urban environment marked by the forces of deindustrialization, urban renewal, and multiple migrations, shaped the emergence of “world Christianity” within the United States. Prior to graduate studies, he worked in university ministry both in Northern California and Madrid, Spain. He lives with his wife Julie and their three daughters–Ellia, Samantha and Joy–in Wenham, MA. Email: lenocker@bu.edu 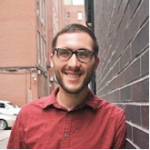 Alex Mayfield is a PhD student at the Boston University School of Theology studying world Christianity and mission history. His research interests include global Pentecostal and Charismatic movements, ecumenism, mission history in Asia, and the development of Chinese Christianity in the modern period. He holds a BA in Theology from Oral Roberts University and a MDiv from Boston College School of Theology and Ministry. He is also a licensed minister of the International Pentecostal Holiness Church. Email: mayfieaa@bu.edu 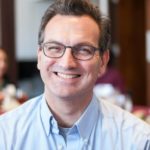 Chris Ney is a PhD student in Practical Theology under the guidance of Nancy Ammerman and Bryan Stone. His research is focused on an ecumenical partnership between the United Church of Christ and the Pentecostal Church of Chile. He is interested in the capacity of religious communities to support cross-cultural relationships and the ways in which relationships which cross cultural and religious boundaries shape our understanding of ourselves. He holds a degree in Peace and Global Studies from Earlham College, with a strong focus on Latin America. He earned the Master of Divinity degree at Union Theological Seminary in New York and wrote a master’s thesis on the Chilean nonviolent protest group, the Sebastian Acevedo Movement Against Torture under the direction of Larry Rasmussen. He is ordained in the Christian Church (Disciples of Christ) with ecumenical partner status in the United Church of Christ. Email: cpney@bu.edu 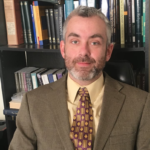 John Parker is a PhD student in Church History working under Dr. Rady Roldan-Figueroa. John has a BA in Medieval History and Religious Studies from Lynchburg College, and an MTS focusing on Second Temple Judaism from Boston University. John serves as a Teaching Fellow in the Biblical Studies track at Boston University’s School of Theology. His research interests include the Capuchin Mission to Venezuela in the Diocese of Coro-Caracas, Iberian Colonial Religion, and the role of scholastic theology in the formation of economic activity, law and the legitimation of violence in the Spanish Empire. Email: parkerjr@bu.edu 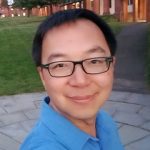 Sze-Long Aaron Wong is pursuing a Ph.D. in Liturgical Studies at Boston University School of Theology under Dr. Karen Westerfield Tucker. His research interests include East Syrian Christian liturgical practices in medieval China, 19th-century German missions in Guangdong, and contemporary worship theologies of Chinese immigrant communities in North America. Before joining Boston University, he studied at Yale Divinity School where he received a Master of Arts in Religion and a certificate from the Institute of Sacred Music. His master’s project was an annotated English translation of the autobiography of his forefather Wong Yuen-sum (1817-1914), who was an active itinerant preacher and church planter in Guangdong. Sze-Long received musical training at the Peabody Conservatory of Music (B.M.) and The Juilliard School (M.M.) and has worked for over twenty years in the performing arts and education sectors in New York and Toronto. He is a member of the Hong Kong Anglican Church (Sheng Kung Hui) and has served in Anglican and evangelical churches in Canada as a worship leader, musician, and conductor. Email: slawong@bu.edu