The Center for Global Christianity & Mission provides an academic affiliation for visiting researchers who work on their projects and participate in the activities of the Center. 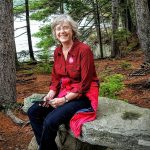 Peggy Bendroth was the Executive Director of the Congregational Library and Archive from 2004 to 2020. She is former president of the American Society of Church History. Her many important publications include The Last Puritans: Mainline Protestants and the Power of the Past (2015); Fundamentalists in the City: Conflict and Division in Boston’s Churches, 1885-1950 (2005); and Fundamentalism and Gender, 1875 to the Present (1993). She is a distinguished scholar of American religion, and has written about Protestants across the theological spectrum. Her current research project is entitled: “Not Feminists, But: Mainline Protestants Between the Times, 1920-1980,” which explores the changing dynamics of women’s roles in the period after the suffrage movement and before the advent of second-wave feminism. 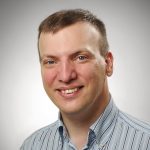 PhD -City University of Hong Kong
MA in Chinese Studies – National Yunlin University of Science and Technology
BA in Asian Studies – University of Latvia
Aleksandrs Dmitrenko primarily focuses on the research of Christianity in China and foremost the history of the Russian Orthodox Church in China. His research interests also include the Chinese Bible translations, Sino-Russian relations, Chinese history textbooks, modern Chinese history. He has worked as a postdoc researcher at Heidelberg University, being a member of the research team of the German-Russian project on Chinese Perceptions of Russia and the West during the twentieth century. As a Visiting Researcher, he is involved in the development of the China Historical Christian Database in the area of the Orthodox Church in China. 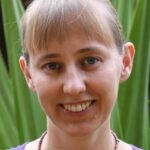 Since 2020, Anicka Fast has been seconded by Mennonite Central Committee to serve with Mennonite Mission Network as a Specialist in church history and missiology for francophone Africa, based in Ouagadougou, Burkina Faso. Her PhD dissertation (BU, 2020) focused on a missionary encounter in 20th century Belgian Congo while also exploring broader questions of memory and catholicity in the global church. Anicka teaches courses in church history, mission and/or theological studies at various francophone theological institutions in West and Central Africa. She mentors and trains African Mennonite historians and archivists and supports the development of church archives, as a way to build the capacity of francophone African Christians to tell the stories that shape their identity as part of a global church. Anicka is a Research Fellow at the Institute for the Study of Global Anabaptism and a Technical Advisor for the Dictionary of African Christian Biography. Her ongoing research interests include:

Read the April-June 2022 issue of the Journal of African Christian Biography, guest edited by Anicka with a focus on African Mennonites here.

Listen to Anicka discuss the importance of remembering stories of mission as a way of strengthening our identity as members of a global church here. 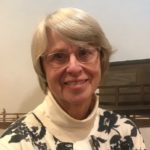 While at present my writing focuses on the experimental Protestant mission program that was the subject of my dissertation, Frontier Internship in Mission (FIM), 1961-1974: Young Christians Abroad in a Post-Colonial and Cold War World (2016), over the past year my research has broadened from an exclusive focus on the Student Christian Movement and World Student Christian Federation that were the immediate context for FIM, to examine more deeply the YMCA/YWCA movement that spawned and nurtured them. 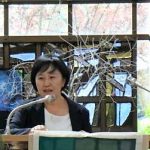 Yeonseung Lee has endeavored to build bridges as an ordained minister, and former missionary of the Korean Holiness Church to Russia. She has worked in a variety of institutions, including Seoul Theological University, Pyongtaek University, Hanse University, America Evangelical University, and the Haiti Institute for Mission Seminary. (more) 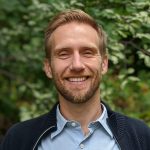 Tyler Lenocker’s research centers on the intersection of mission history, the history of twentieth century evangelicalism, and post-World War II urbanization and migration. His current research explores how religious developments in an urbanizing Caribbean – like pentecostalism – connected through migration with the development of evangelical institutions and movements in cities in the northeastern United States. Tyler works as the Vice President of Global Research for Haggai International. He has also worked as Adjunct Professor of Church History at Gordon-Conwell Theological Seminary since 2016. Other research interests include mission and environmentalism and global Christian youth movements and their engagement with digital media. 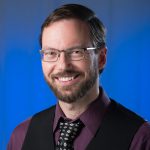 David W. Scott’s research focuses primarily on understanding the history of the expansion of global Methodist and Wesleyan traditions, especially as it relates to larger socio-historical processes such as globalization and migration. (more) 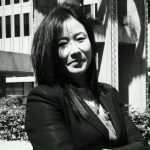 SuYeon Yoon’s current research explores three main areas: forming ecclesiology, becoming a more biblical church, and understanding global Christianity. SuYeon intends to demonstrate that the church influence is not just North American churches influencing and expanding into Africa, Latin America, and Asia but the opposite is true as well. Through the NARC (New Apostolic Reformation Church) of these countries, North American churches may have something to acquire and connect to in the global Christian movement. Her research attempts to build global solidarity, to build minority communities of North America in their awareness that they are in fact influencers and reveal the interconnectedness of diverse communities. Moreover, by addressing this young and upwardly mobile church movement, the impact of her research is likely to be revealing.

As a fourth-generation Korea born Christian, when SuYeon was growing up, she used to hear about her great-grandfather’s story of how he played a key role in the first American missionary in Pyeong-Yang, North Korea. His life inspired SuYeon, and it eventually led her to become a missionary with YWAM in Costa Rica, Nicaragua, and Honduras. Her work there then led her to seek a role as a consultant or advisor to both international mission organizations and churches throughout India, the United States, and South Korea. Fast forward many years later, with a Ph.D. in Intercultural Studies/Missiology in hand, she continues to pursue a path that would allow her to utilize her expertise and passion for serving God through her lectures and research.

She is the author of Toward a Twenty-First Century Biblical, Apostolic Church: A Critique of the New Apostolic Reformation Church in North America (Pickwick Publications, 2019).