Alumni Around the World

Year by year, advanced graduate students pass through the School of Theology and the Center for Global Christianity, then go out into the world to teach and do what they have been studying. As they move, the CGCM community grows in engagement through them. They are such a diverse group of people that no one description could possibly do the entire body justice. Instead, news and updates will be regularly provided. Cumulatively, their activities will create a portrait of the CGCM alumni community. 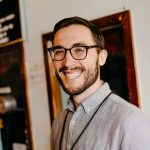 Dr. Alex Mayfield ('21), Principal Investigator with the China Historical Christian Database, will give a public presentation about the database at "Historical Network Research in Chinese Studies," an event hosted by the Fairbank Center for Chinese Studies at Harvard University. Dr. Mayfield will present on Friday, July 30, at 10am EST. Registration is free but required. Learn more here! 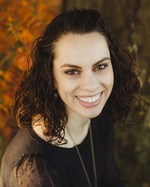 Congratulations to Dr. Gina Zurlo, who was recently named one of the 2021 Distinguished Alums of the BU School of Theology, in the category of Emerging Leader. Dr. Zurlo is recognized for her pioneering research in global religious demography and women in world Christianity. Read more about Dr. Zurlo and the other Distinguished Alums here! 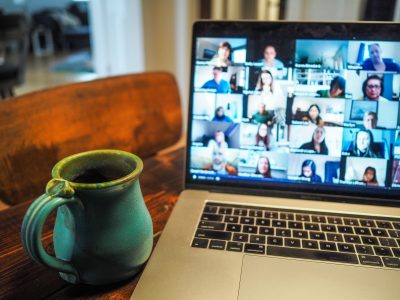 Several of the current graduate students and recent alumni affiliated with the CGCM are doing exciting academic work during the summer of 2021. Check out some of the titles of their exciting new work below!

(Additional titles will be added as the summer goes on.)

Other less-recent graduates have also been active in presenting at missiological societies this summer!

By Morgan CragoJune 11th, 2021in Alumni Profiles and News, Announcements 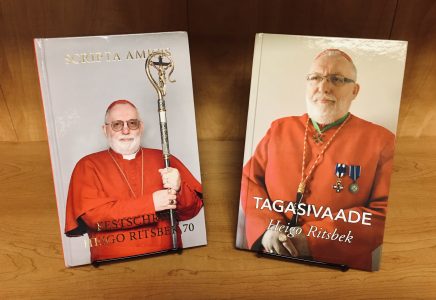 A new festschrift, Scripta Amicis (Tallinn, 2021), with essays in Estonian and English, honors the life and work of Rev. Dr. Heigo Ritsbek, Patriarch of the Anglocatholic Church. Dr. Ritsbek studied under Prof. Dana Robert at the Boston University School of Theology, graduating in 1996 with a DMin. Dr. Ritsbek's autobiography, Tagasivaade (2020), is also available. Throughout his life, he has ministered in many countries around the world, including Estonia, Germany, United States, Austria, Switzerland, United Kingdom, Latvia, the Ukraine, South Africa, Uganda, France, Canada, Finland, Russia, Georgia, Puerto Rico, Mexico, Denmark, Lithuania, and Italy.

The CGCM congratulates the Overseas Ministries Study Center for its move, after 99 years, to Princeton Theological Seminary. Boston University School of Theology graduates and faculty have had a close relationship with the OMSC for many years. Alumnus and distinguished missiologist Dr. Gerald H. Anderson was the Director of the OMSC from 1976 to 2000. During that time, the International Bulletin of Mission Research, which he edited, became the premier English-language journal in mission studies. Research Professor Dr. Jonathan Bonk was Director of the OMSC from 2000 to 2013. During his tenure, the Dictionary of African Christian Biography was founded, with Dr. Michèle Sigg as manager. Prof. Dana Robert, a Contributing Editor to the IBMR, chaired the Program Committee of the OMSC for nine years. Now as it moves to Princeton, she will be one of three members of the Advisory Board of the OMSC@PTS. Another member of the Advisory Board is Bishop Ian Douglas, a distinguished alumnus in Mission Studies and World Christianity. Our association with the OMSC is deep and strong, and we wish it all the best as it begins a new chapter of its existence as OMSC@PTS under Dr. Thomas Hastings and Dr. Easten Law.

This video, produced by the OMSC, celebrates the organization's long history. Further information on the history of the OMSC can be found here.

25 Years of the UMC Order of Deacon 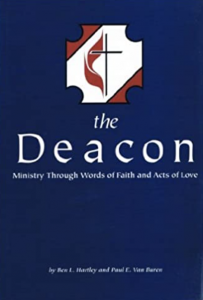 In commemoration of the 25th anniversary of the creation the Order of Deacon in the United Methodist Church, Dr. Benjamin Hartley ('05) recently reflected on The Deacon: Ministry through Words of Faith and Acts of Love, a book he co-authored with Paul E. Van Buren in 1998. This discussion between the two authors appeared in UM & Global, a blog that highlights the global connections in the UMC. Hartley discusses the impact of faculty members at STH in the progress of his thinking about the work of the diaconate.

In fall 2021, Hartley will become Associate Professor of Mission and World Christianity and Director of Strategic Initiatives at Seattle Pacific University. He is an expert on the mission leader John R. Mott, and his essay, "Pragmatic Internationalist: John R. Mott’s Negotiation of Nationalisms and Racism, 1895-1925," will appear in a forthcoming essay collection edited by Drs. Dana Robert and Judith Becker. 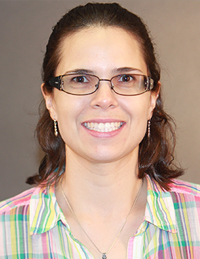 On Monday, May 10, at 10am (EDT), United Methodist Women will host a virtual event, "Standing with Women Leaders from Africa and Latin America," which is the organization's "Voices from the Field" event of this quarter. The discussion will feature four Regional Missionaries: Catherine Akale, Elmira Sellu, Finda Quiwa, and Andrea Reily Rocha Soares.  The group will share real-life stories of courage and ingenuity and how United Methodist Women international work impacts the lives of women and their families.

Andrea Rocha Soares is a BU alumna, having received her MDiv with a concentration in mission in 2010. She is a native of Ribeirão Preto, Brazil, and an elder in the Methodist Church in Brazil. She was commissioned by United Methodist Women in 2015.

Register to attend the event here. After registering, you will receive a confirmation email containing information about joining the meeting. Please save the confirmation; it contains your personal link to the event. 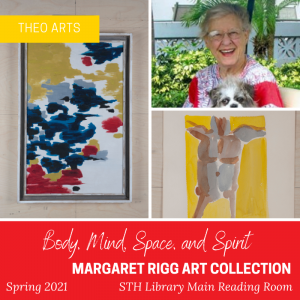 Many pieces of artwork from the Margaret Rigg Collection are now available for virtual viewing through the Boston University Theo Arts Gallery. Dating back to the late 1950s and 1960s, the works explore theological themes like crucifixion, la pieta, and the holiness of the body through the lens of the beginning of the Cold War and the burgeoning military-industrial complex. Rigg brought these artworks around to schools, Sunday Schools, and other groups of children to share how art and theology intersect. The media, choice of colors, and, at times, harsh subject matter, reflect the turbulence of the period.

This artwork was preserved as part of the research work of CGCM visiting researcher Dr. Ada Focer ('16) on the Methodist Student Movement. The periodical of the movement, motive magazine, has also been preserved through the work of Dr. Focer, the CGCM, and the STH library. Its issues are available digitally here.

The artwork can also be viewed physically at the School of Theology Library (745 Commonwealth Avenue, 2nd floor, Boston, MA 02215).

Alumnus on “Serving the Global Church as a World Christian”

BU alumnus Dr. Daewon Moon ('17) recently contributed an article to Africanus Journal entitled "Serving the Global Church as a World Christian." In the article, Dr. Moon reflects on his participation in churches in South Korea during his childhood, his time with Youth With A Mission (YWAM), and his training and service in various parts of the world, with a specific focus on his work in Burundi.

Dr. Moon is also preparing to publish his dissertation research on the East African Revival of the 1930s-40s as a book entitled Becoming Saved Ones.

A fellow BUSTH alum, Dr. William David Spencer, also contributed to this issue of Africanus with a review of The Story of Creeds and Confessions: Tracing the Development of the Christian Faith (ed. Fairbairn and Reeves, 2019).

By Morgan CragoApril 1st, 2021in Alumni Profiles and News, Announcements

BU alumnus Kendal Mobley (’04) and his team recently released “That They All May Be One,” the fourth episode in their Crisis and Compassion documentary (featured in an earlier post). “That They All May Be One” tells the story of the congregation at the Chapel of Christ the King Episcopal Church, which is working to transform the church’s underutilized property into an edible landscape. A new orchard and community garden will address food insecurity and provide an outdoor space where longtime residents and new arrivals can come together in the Optimist Park neighborhood of Charlotte, North Carolina. The episode also explores the church’s role in organizing an emergency property tax relief fund to help longtime residents hold on to their homes as the neighborhood experiences rapid gentrification. Much of the housing in Optimist Park was built by Habitat for Humanity in 1987, in a project led by Jimmy and Rosalynn Carter, but many current homeowners are struggling to hold on to their homes as property values skyrocket.
Mobley and his team plan to release at least six episodes in the Crisis and Compassion series.