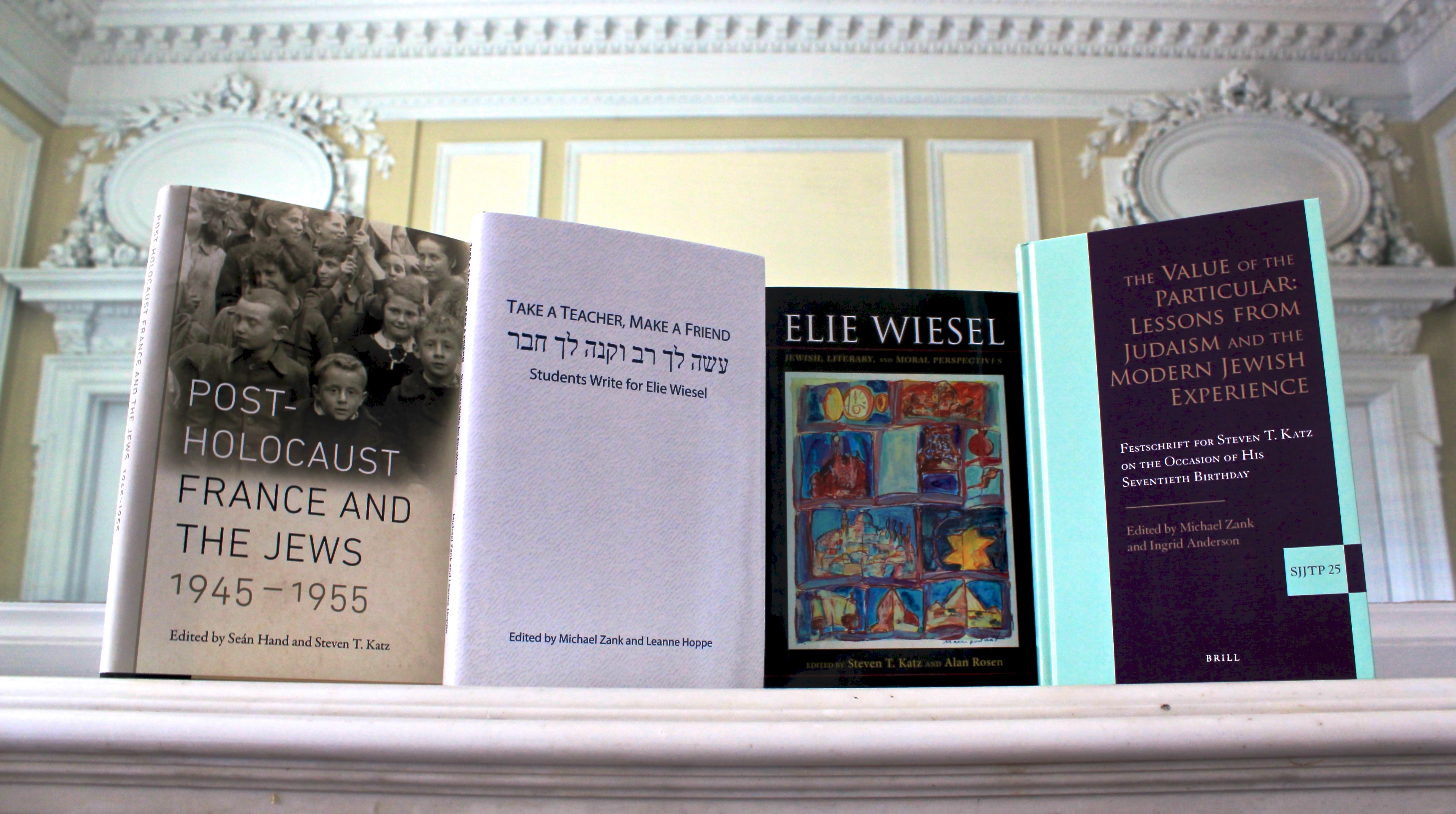 As a tribute to Elie Wiesel’s eighty-fifth birthday, Michael Zank asked former students and colleagues to reflect on what they learned from Prof. Wiesel. The twenty-four essays assembled in this volume reflect on the legacy of Elie Wiesel as a teacher and a mentor. (Limited edition. To order, please write to ewcjs@bu.edu).

Nobel Peace Prize recipient Elie Wiesel, best known for his writings on the Holocaust, is also the accomplished author of novels, essays, tales, and plays as well as portraits of seminal figures in Jewish life and experience. In this volume, leading scholars in the fields of Biblical, Rabbinic, Hasidic, Holocaust, and literary studies offer fascinating and innovative analyses of Wiesel’s texts as well as illuminating commentaries on his considerable influence as a teacher and as a moral voice for human rights. By exploring the varied aspects of Wiesel’s multifaceted career—his texts on the Bible, the Talmud, and Hasidism as well as his literary works, his teaching, and his testimony—this thought-provoking volume adds depth to our understanding of the impact of this important man of letters and towering international figure. This publication was generously supported by the Mike Grossman Seminar Fund.

Volume 2 The Paranoid Apocalypse: A Hundred-Year Retrospective on The Protocols of the Elders of Zion, edited by Steven T. Katz and Richard Landes (2011).

Modern Judaism: A Journal of Jewish Ideas and Experience

Modern Judaism, edited by Steven Katz and published by Oxford University Press, provides a distinctive, interdisciplinary forum for discussion of the modern Jewish experience since the Haskalah, the Jewish Enlightenment.