Explore opportunities for research and collaboration with European Studies colleagues at Boston University and abroad.

Pursue your interest in European history, culture, politics, and society through our interdisciplinary major and minor.

Explore the Major and Minor 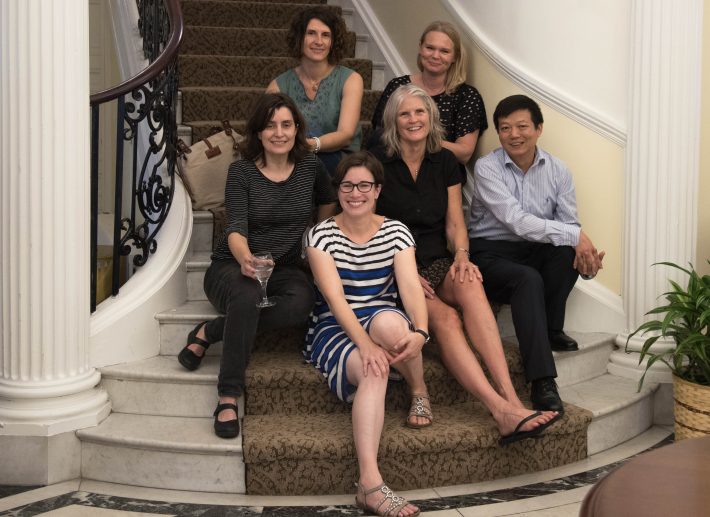 The mission of the Center for the Study of Europe is to promote understanding of Europe through its cultural heritage; its political, economic, and religious histories; its art, literature, music, and philosophy; as well as through its recent emergence as a new kind of international form through the European Union.

Thanks to your support of our research, outreach, and academic activities, we’re finding ways to work together with our European neighbors, fostering cultural exchange, pursuing mutual cooperation and understanding, all with the aim of improving economic and educational opportunities for citizens around the globe.

Each year the Center offer a rich program of activities ranging from public lectures and panel discussions, international symposia and conferences, film screenings and concerts, to seminars, round-table discussions, and lunch talks. Participants include well-known academic researchers, politicians, policy experts, and journalists as well as artists, poets, activists, and intellectuals.

In the fall of 2017, under the leadership of Prof. Cathie Jo Martin, we began experimenting with a new model, namely, to offer three or four linked, themed presentations each semester. In collaboration with our faculty, we have been identifying a problem or issue for Europe, which we consider from a number of disciplinary angles. We began with a look about discrimination against vulnerable populations and the strategies used by these populations to defend against attack. In the spring of 2018 we tackled the broad issues of capitalism, education, skills and low-wage work. During the fall of 2018, we are looking politics and images of resentment and far right populist parties.

Following a successful panel discussion in November of 2017 featuring diplomatic representatives from Denmark, Finland, Sweden, Norway, and Iceland, Prof. Martin has also spearheaded a new initiative exploring the secrets and paradoxes of Nordic exceptionalism. In September of 2018, in collaboration with the University of Oslo (UiO:Nordic), the Nordic Research Network (ReNEW), and Harvard University (WFCIA/SCANCOR), we hosted a two-day conference entitled “Nordic Models in the Age of Populism.” We are currently planning a follow up conference on the theme of “literature and politics” during the fall of 2019.

We have also introduced a new series of “Works in Progress” presentations by European Studies faculty with the aim of fostering interdisciplinary conversations among Europeanists at BU. We have continued our popular “European Voices” series, which dates back to 2004, exploring issues at the intersection of politics and culture. We work closely with other Centers and Departments, with European Consulates and Embassies, and with local cultural organizations, publishers of European literature in translation, among others. In addition, the Center has an active Visiting Researcher Program, from which it has benefited richly.

There are no posts in News from the last 6 months.