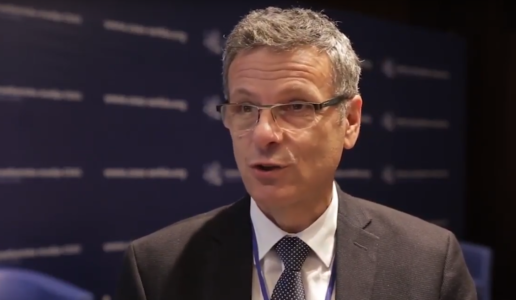 Ambassador Vesko Garcevic, Professor of the Practice of International Relations at the Frederick S. Pardee School of Global Studies at Boston University, was interviewed for a recent Theme discussion about NATO and EU relations; NATO and Russia’s influence in the Balkans; and the legacy of the NATO intervention in 1999 as well as how it still contributes to the negative public perception of the Alliance in Serbia and the region.

The Theme discussion was broadcast on August 1, 2019 by RemarkerMedia, an independent, investigative media outlet from the Balkans. You can watch the segment below:

Amb. Garcevic emphasized the need to address public misperceptions regarding NATO and stressed the importance of a thorough, sincere public debate about NATO and the EU’s role in the region. He also discussed the close relationship between the EU and NATO, their significance for the region, and European security and stability.