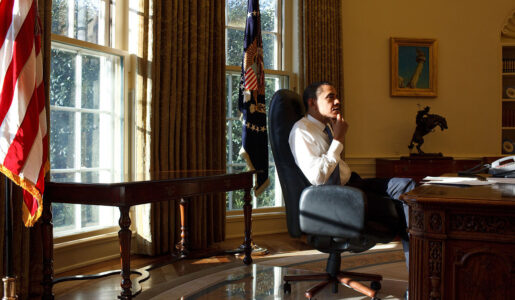 Andrew Bacevich, Professor Emeritus at the Frederick S. Pardee School of Global Studies at Boston University, said that over the course of his time in office, President Barack Obama has shown an aversion to foreign policy doctrines.

Indeed, over the course of his on-the-job education in statecraft, President Obama has developed a pronounced aversion to doctrines—grand statements of principle that subsequently provide an enduring basis for policy.

At the outset of his presidency, Obama himself was not immune to grandiosity, which in his case found expression in astonishing naiveté. His Cairo speech of June 2009, blithely announcing “a new beginning between the United States and Muslims around the world,” offers a clear example.