Wallace in The Conversation: Trudeau and the Niqab 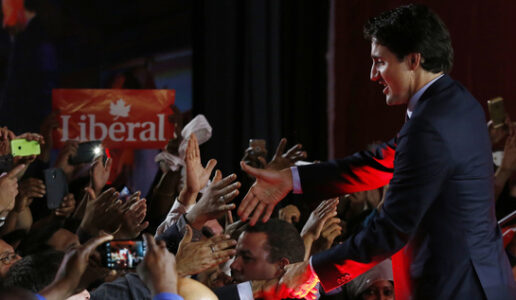 James C. “Jim” Wallace, Lecturer in International Relations at the Frederick S. Pardee School of Global Studies at Boston University, said that the niqab, a face-obscuring garment favored by some Muslim women, became a hot-button issue in the recent Canadian parliamentary election that swept Justin Trudeau to power.

Wallace, a dual citizen of Canada and the U. S., made the argument in an Oct. 20 article on The Conversation entitled “Canadian Election: Scholars on What the Rest of the World Needs to Know.”

From the text of the article, which also contains perspectives from international scholars Geoffrey McCormack and Peter John Loewen:

During the 78-day campaign, the niqab became a hot-button issue. It was the focus of furious political ads, tweets, and debate talking points. Harper was attacked for using the niqab to distract from the real issues of the economy and the government’s performance.

The niqab was a proxy for complex issues troubling the Canadian electorate – Bill C-51, the Conservative anti-terrorism bill; ISIS and global terrorism; Islamophobia; the Syrian refugee crisis; and the Quebec immigrant controversies.

Even more, Canadians were repelled by the politics of fear over the niqab. Canadians made clear they wanted a government that reflected Canadian values of kindness, inclusiveness, diversity, acceptance of immigrants, and multi-culturalism.

Wallace also serves as a Fellow with Boston University’s Religion Fellows Program under the aegis of the BU School of Theology and the Institute on Culture, Religion and World Affairs. He teaches and lectures regularly in universities in China including Fudan University and Shanghai University. Learn more about him here.