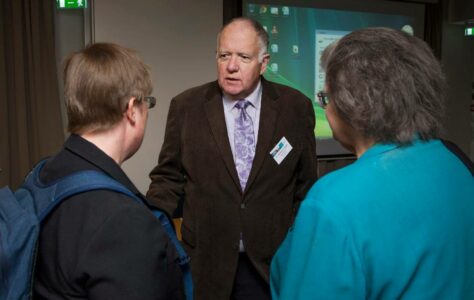 Prof. Michael Corgan of the Frederick S. Pardee School of Global Studies presented a paper on US Arctic Policy at the Trans-Atlantic Agenda Conference in Rejkjavik, Iceland, on October 28, 2014. In his paper, titled “The US in the Arctic: Superpower or Spectator?” Prof. Corgan argued that:

US policy for the Arctic is largely a matter of rhetoric despite the recent appointment of former Cast Guard Commandant, Adm. Robert Papp, as US Special Representative to the Arctic Council and who will Chair the Arctic Council in 2015. No new resources have been devoted to the region and since the US is not signatory to the Law of the Sea Convention territorial and jurisdictional claims are decided with little or no American input.

This was the second year that the Trans-Atlantic Agenda Conference was organized by the Centre for Arctic Policy Studies at the University of Iceland (CAPS). This year’s conference focused on ‘Challenges of Sustainability Cooperation and Governance.’