Turkish is a significant language first because of the sheer numbers of people who speak it. 75 million people speak Turkish as their first language, making it one of the globe’s 15 most widely spoken first languages. There are other communities of speakers in the Balkans and the Caucasus, and several very large Turkish immigrant communities in Western Europe (Turkish is the second most widely spoken language in Germany, for example). Another 15 million people speak Turkish as a second language.

The Republic of Turkey is strategically connected, geographically and culturally, to Eastern Europe, Central Asia, and the Middle East. Thus Turkish and knowledge of Turkey are advantageous to anyone interested in the international business or politics of those regions. Likewise, for students pursuing careers in business or government service, opportunities will only continue to increase as Turkey continues to develop as a global economic power. Studying Turkish gives you a depth of understanding that makes you a valuable asset to corporations, government and other organizations promoting productive alliances with the Middle East. Business opportunities are rapidly opening in Turkey. Turkey’s pending membership in the European Union will enhance its global business importance still further.  Political structure in Turkey is based on a secular democratic, pluralist and parliamentary system in which human rights are protected by law and justice.

Turkish belongs to a language family that includes thirty Turkic languages spoken in Eastern Europe, Central Asia and Siberia. The differences among these languages are much smaller than their close similarities. Knowledge of Turkish opens up to you a region of great geo-political significance. In the shorter term this translates (among other things) into interesting jobs and scholarship funds for students of Turkish.

Some cool things about Turkish

Related not to the other major languages of Europe or the Middle East but instead (distantly) to Finnish and Hungarian, Turkish is an agglutinative language. Agglutination refers to the process of adding suffixes to a root-word, so that a single word can convey what English would take a complete sentence to say. For example, the English sentence “They were not coming” is a single word in Turkish: “come” is the root word, and elements meaning “not,” “-ing,” “they,” and “were” (past tense marker) are all suffixed to it: Gelmiyorlardı.  The regularity and predictability in Turkish of how these suffixes are added make agglutination easier to internalize than you might think.

Turkish has postpositions rather than prepositions, and objects usually precede verbs.  So the sentence “Ahmet talked about his class” would have the following word order in Turkish: “Ahmet his class about talked.” While this may seem strange at first, you’ll be surprised how quickly this new word order comes to feel natural when you’re learning Turkish.

Modern Turkey is the successor state to the Ottoman Empire (1299-1922) which at its height spanned Africa, Asia and Europe. Turkish archives today contain an enormous wealth of documents and information pertaining to the 623-year history of all these vast former provinces on three continents. 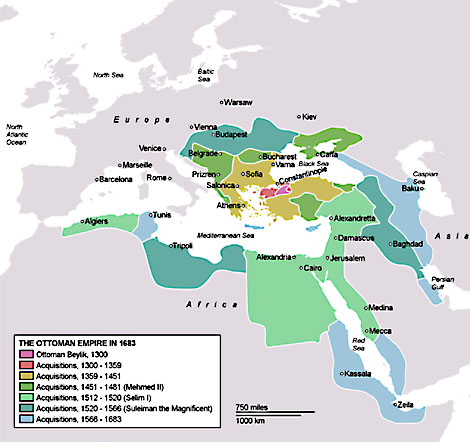 Turkey itself is a large open-air museum which includes ruins from the oldest known human settlement Çatal Höyük (7500 BC) to ruins from ancient Greece and Rome, some (such as Ephesus) sharing a Roman and Greek heritage. Thus, Turkey and Turkish are of great interest to students of archaeology.

Turkey is a wonderful country to visit, and Boston University has two excellent study abroad programs in Turkey: one in Istanbul with Bogaziçi University and one in Ankara with the Middle East Technical University.

The BU Turkish program is small but strong. A high percentage of our students regularly win national awards for their Turkish skills, among them the Redhouse award for most improved student of Turkish and prestigious scholarships for advanced-level Turkish study in Turkey. You can be next.

Related to Why Study Turkish?