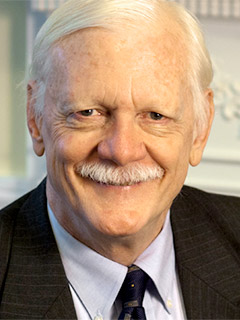 William R. Keylor is the author of Academy and Community: The Foundation of the French Historical Profession (Harvard University Press, 1975); From Parnussus: Essays in Honor of Jacques Barzun (Harper & Row, 1976) co-editor with Dora B. Weiner; Jacques Bainville and the Renaissance of Royalist History in Twentieth-Century France (Louisiana State University Press, 1979); The Twentieth-Century World and Beyond: An International History since 1900 (6th rev. ed., Oxford University Press, 2011); The Legacy of The Great War: Peacemaking 1919 (Houghton-Mifflin, 1997), edited with an introduction; Encyclopedia of the Modern World, 3 vols. (Facts on File, 2006), editor; and A World of Nations: The International Order Since 1945 (2nd Edition, Oxford University Press, 2008)); as well as dozens of articles in scholarly journals and book chapters on twentieth-century history.

Keylor has been a Guggenheim, Fulbright, Woodrow Wilson, Earhart, and Whiting Fellow. He was elected to the International Institute for Strategic Studies, has been named Chevalier de L’Ordre National du Mérite by the French government, and has served as the president of the Society for French Historical Studies. At Boston University he has received the Metcalf Award for Excellence in Teaching,  the Methodist Scholar-Teacher Award, and the Gerald and Deanne Gitner Family Prize for Faculty Excellence.  Keylor served four consecutive terms as Chairman of the Department of History at Boston University (1988-2000), Acting Chair of the Department of International Relations  and been Director of the International History Institute since 1999.