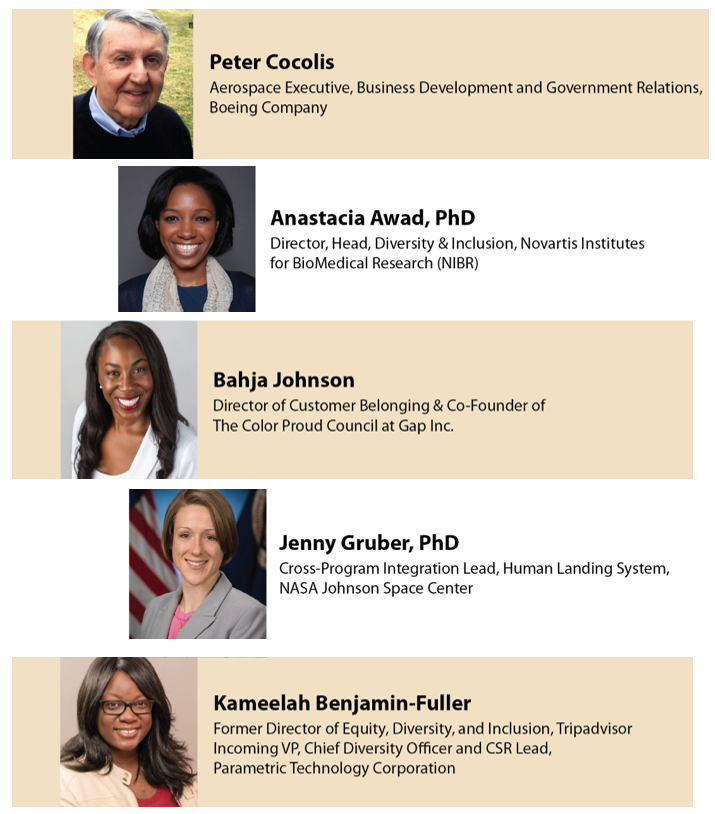 As freshmen, all engineering students are required to take the EK100 course, which introduces them to the field of engineering through lectures and seminars. This course not only teaches students about different fields of engineering, but also helps them gain a better understanding of the ethical responsibilities of being an engineer, which is part of the foundation of the Societal Engineer.

In addition to being productive business and engineering tools, diversity and inclusion also driving principles in the College of Engineering’s creating the Societal Engineer concept, established by Dean Kenneth R. Lutchen in 2008. Two pillars support the concept: advancing quality of life and moving society forward. At its core, the Societal Engineer is someone who uses an engineering education to build a better world through teamwork and innovation.

“Diversity and inclusion are important not just in the teams we build, but also in the way we make drugs,” she said. “We have to think about how people process the drugs we make and make sure that we recruit genetically diverse clinical trial participants.”

Beyond that, Awad mentioned how even algorithms and machine learning techniques have bias. Code can be neutral, but data and the developers who wrote the code may not be. The healthcare system utilizes algorithms for everything from calculating insurance premiums to assessing patient risk factors. The biases in those codes exacerbate the already wide divide between healthcare access and quality and race.

By looking to make sure business practices are also constantly considering how implicit biases affect outcomes, organizations can begin to create a more equitable society.

Johnson and Gruber talked about how these principles also apply to creating an environment of equity.

“At NASA we are solving extremely difficult problems everyday. Right now, my mission is taking a team to the south pole of the Moon,” said Gruber. “To do that, we have to have a diverse set of people and NASA’s culture has consistently been to respect the dissenting position in a room.”

Gruber said that after her team has met and decided on how to move forward on a particular issue, she asks the room why they shouldn’t do it that way. And, sometimes the team changes the entire strategy based on what happens after she asks that question.

“We need to recruit and retain the best and the brightest, and create not only a safe place, but also a place where people also can be heard,” said Gruber. “Innovation requires that you feel safe to fail and safe to take a risk.”

Johnson also touched on this subject when she spoke about how, as sometimes the only woman of color in a room, she has to speak up.

“If I’m not bringing myself to the table, then we are leaving customers outside,” said Johnson.

Two years ago, Johnson helped launch Banana Republic’s True Hues Collection, which introduced basic wardrobe staples in nudes of all colors to redefine what nude meant. While deciding on the range of colors to produce, the design team was struggling over the decision to include a very dark brown, almost black color and were going to scrap it because they didn’t see why it would be necessary to have that shade. Johnson spoke up and said they needed to include that shade because she knows people with that skin tone – and if she hadn’t, then they would have lost those potential customers.

Although each speaker came from a different background and industry, all agreed that diversity and inclusion aren’t just meant to be used when hiring. They are meant to be continuously implemented in all aspects of business in order to have thriving, innovative employees who contribute to the strategic goals of the organization.

Johnson helped conclude the webinar and said, “Engineers are creating solutions to problems, and if you think about that population as bigger, the products will have more longevity, moving forward by broadening the aperture.”