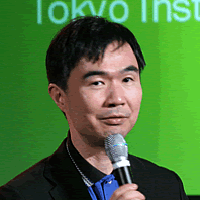 Satoshi Matsuoka received his BSc, MSc, and PhD in Information Science from the University of Tokyo. After being a Research Associate and Lecturer for the university’s Information Science and Information Engineering Departments he became an Associate Professor in the Dept. of Mathematical and Computer Sciences. Five years later he became a Full professor at the Global Scientific Information and Computing Center (GSIC) of the Tokyo Institute of Technology (Tokyo Tech), ranked 2nd in Japan and 22nd in the world in engineering and IT according to the Times rankings. Prof. Matsuoka leads GSIC’s Research Infrastructure Division, overseeing Tokyo Tech’s responsibilities as a national supercomputing center.

Prof. Matsuoka has pioneered grid computing research in Japan since the mid ’90s along with his collaborators, and currently serves as sub-leader of the Japanese National Research Grid Initiative (NAREGI), which aims to create middleware for next-generation CyberScience Infrastructure. He was also the technical leader in the construction of the TSUBAME supercomputer, which became the fastest supercomputer in the Asia-Pacific in June 2006 and also serves as the core grid resource in the Titech Campus Grid.

Matsuoka has won several awards including the Sakai award for research excellence from the Information Processing Society of Japan in 1999, and recently received the JSPS Prize from the Japan Society for Promotion of Science in 2006 from his Royal Highness Prince Akishinomiya.