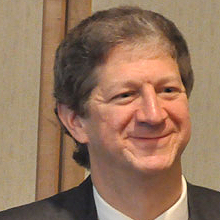 David Keyes is the Fu Foundation Professor of Applied Mathematics in the Department of Applied Physics and Applied Mathematics (APAM) at Columbia University and a faculty affiliate at several national laboratories of the US Department of Energy. In 2009, he became the inaugural Chair of the Division of Mathematical and Computer Sciences and Engineering at KAUST, the King Abdullah University of Science & Technology in Saudi Arabia.

Keyes obtained a BSE in Aerospace and Mechanical Sciences and a Certificate in Engineering Physics at Princeton University in 1978 and a PhD in Applied Mathematics at Harvard University in 1984. He was at Yale University as a postdoc and then as Assistant and Associate Professor of Mechanical Engineering, prior to joining Old Dominion University and the Institute for Computer Applications in Science & Engineering (ICASE) at the NASA Langley Research Center in 1993. At Old Dominion, Keyes was the Richard F. Barry Professor of Mathematics & Statistics and founding Director of the Center for Computational Science.

Author or co-author of over 100 publications in computational science and engineering, numerical analysis, and computer science, Keyes has delivered over 300 invited presentations at universities, laboratories, and industrial research centers in over 20 countries and 35 states of the US. With backgrounds in engineering, applied mathematics, and computer science, and consulting experience with industry and national laboratories, Keyes works at the algorithmic interface between parallel computing and the numerical analysis of partial differential equations, across a spectrum of aerodynamic, geophysical, and chemically reacting flows.