A new-found passion for finance is just one of the things Kezia Halim, an undergraduate business major in her third year at Prasetiya Mulya University in Jakarta, Indonesia, discovered during her semester abroad at Boston University Metropolitan College (BU MET).

“Before coming to BU, I was struggling to find at least an idea of what I wanted to do, which company I wanted to work for and which department I wanted to work in,” Halim admits. “But spending four months in Boston really opened up a new side of myself. I think it’s because I was pushed out of my comfort zone, which helped me find some answers.”

When her friends invited her to sit in on a guest lecture for their Portfolio Management class, Halim became immersed in the subject of trading stocks. “After that session,” she remembers, “I felt so inspired and motivated.” As a result, she plans to pursue a career in investment banking when she graduates. “My mom used to work in an investment bank as well,” says Halim, “and she would always talk about it. But I couldn’t understand it back then. Now, I aspire to work for a top-tier company, such as JP Morgan, Goldman Sachs or Morgan Stanley.”

Halim’s two favorite classes at BU MET were Quantitative and Qualitative Decision Making, taught by Professor Sam Mendlinger, and International Business Management, taught by Professor Jung Wan Lee. “Professor Mendlinger’s class was really enjoyable, even though it’s mostly about numbers,” Halim explains. “He always provided a back story as to why we have a certain equation, why we have to use it for certain types of problems and how to interpret the answers. To him, the answers aren’t merely numbers. This approach is quite different from what I’ve experienced in Indonesia.” In addition to being engaging, Halim found that her classes at BU also helped to improve her English writing skills.

According to Halim, there were several factors for choosing to study abroad at BU. “I picked BU because I have always wanted to spend more than a 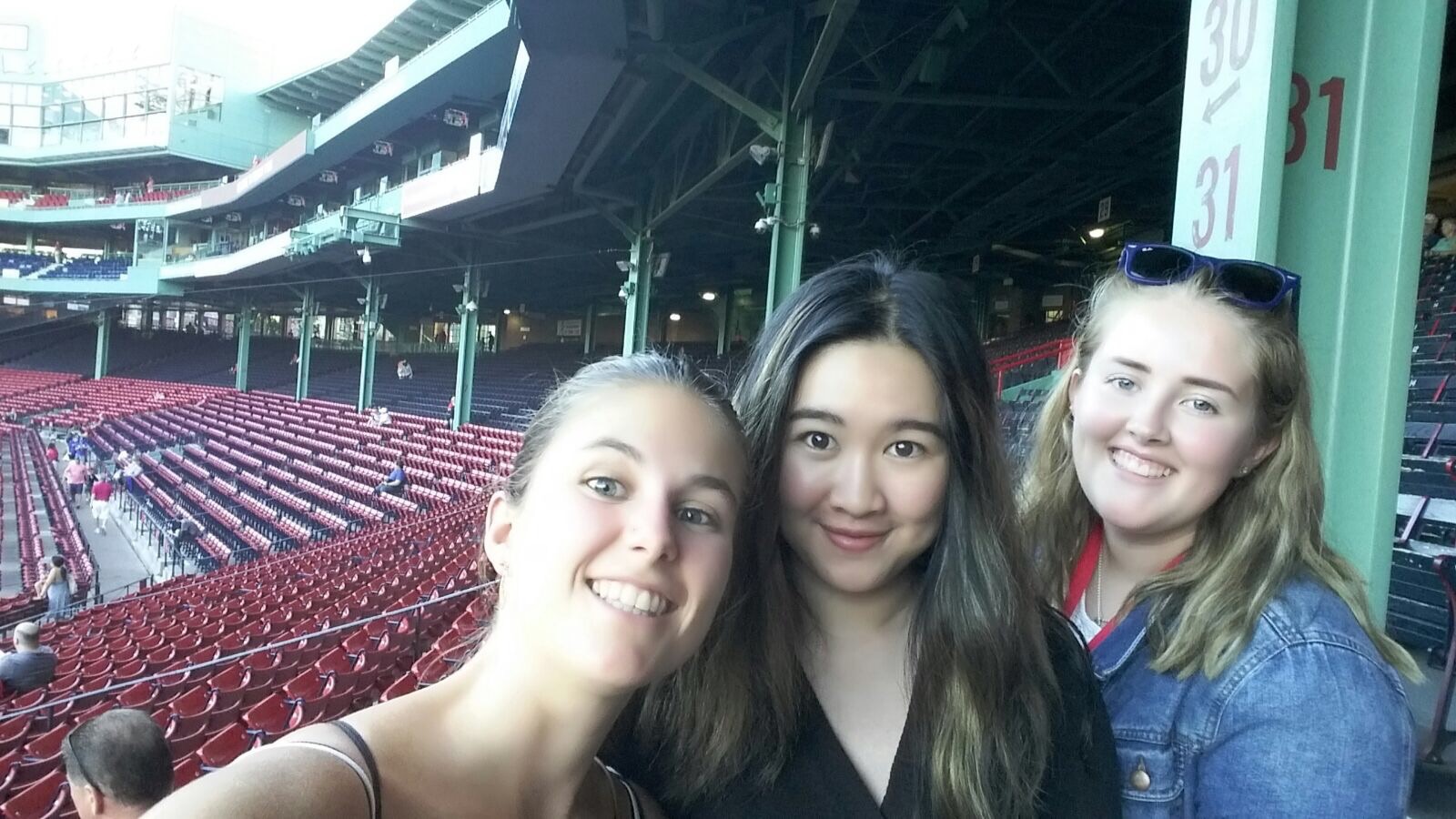 few weeks in America. But mainly it was because my parents were sure BU would be a really great university to study in. One of my mom’s friends graduated from there, which made me even more sure, and another friend of my mom also lives in Boston. Everything seemed to be pointing to BU. My parents were just as excited as I was at the prospect of my studying there.”

While in Boston, Halim created many fond memories, including attending a Red Sox game at Fenway (her first live sporting event) and celebrating birthdays with friends. “I was able to learn about other people’s cultures, and vice versa,” she says. Halim continues to stay in touch with her BU friends via social media, and says that keeping those friendships alive is important to her. “Boston provided the opportunity for me to meet these wonderful people, and I’ve learned a lot from them.”

To learn more about Kezia Halim’s experience studying abroad at BU MET, check out this blog post and this video.