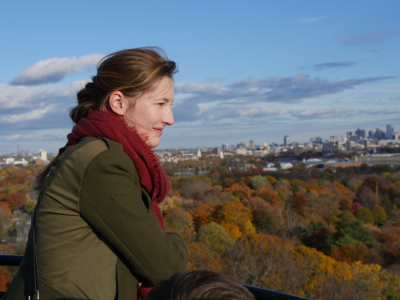 Diane Mistral doesn’t mince words when asked about her career goals. “I have fallen in love with urban planning,” she says, “through years of study and work on different architectural projects at various scales. Participating in tomorrow’s cities is thrilling to me,” she continues. “I would love to have the opportunity to work in this field, whether it is in a private urban studio or for a city itself.”

Mistral has always been drawn to architecture, yet she also wanted to understand the science behind it. As a result, she’s doing a double master’s degree program in urban engineering and architecture at École de Ingénieurs de la Ville de Paris (EIVP) and École Nationale Supérieure d’Architecture Paris La Villette (ENSAPLV), respectively, and is currently in her seventh and final year. 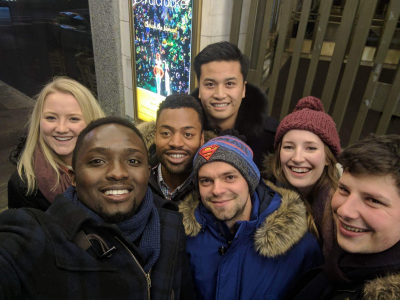 Despite the heavy workload of such an ambitious academic career, Mistral is grateful for the opportunity to indulge her artistic, technical and scientific sensibilities with a double degree. “It has fulfilled my professional and intellectual needs and passion,” she says, and allowed her to understand different aspects of the same project.

Through a partnership between EIVP and Boston University Metropolitan College, Mistral spent a semester in Boston and earned a Graduate Certificate in Applied Sustainability through the City Planning & Urban Affairs program.  Through her coursework, she gained insight into the problems faced by U.S. cities, and admired the passion with which Terrence Regan and Joshua Hassol taught her favorite class, “Urban Transportation Policy and Planning.” In addition to conducting in-class exercises to teach their students about urban transportation issues, Mistral remembers, “We also visited the offices of the MBTA behind the traffic control of the subway, which was an amazing experience.”

This past summer, Mistral did an internship with an urban studio in Shanghai. She states, “It was a very rich experience, and gave me the chance to see how China manages its growth and new housing needs.” She is presently working on a final architecture project based in Milan that incorporates her coursework and experiences from the past seven years. It also ties directly to her master’s thesis, which is about the role former industrial areas play in today’s cities.

Mistral isn’t sure yet where she will end up once she graduates, but feels enthusiastic about the possibilities. “I have been able to do projects on European cities, work in Asia and study urban problems in America,” she says. “The issues are very diverse, but all of them seem exciting for me to work on.”