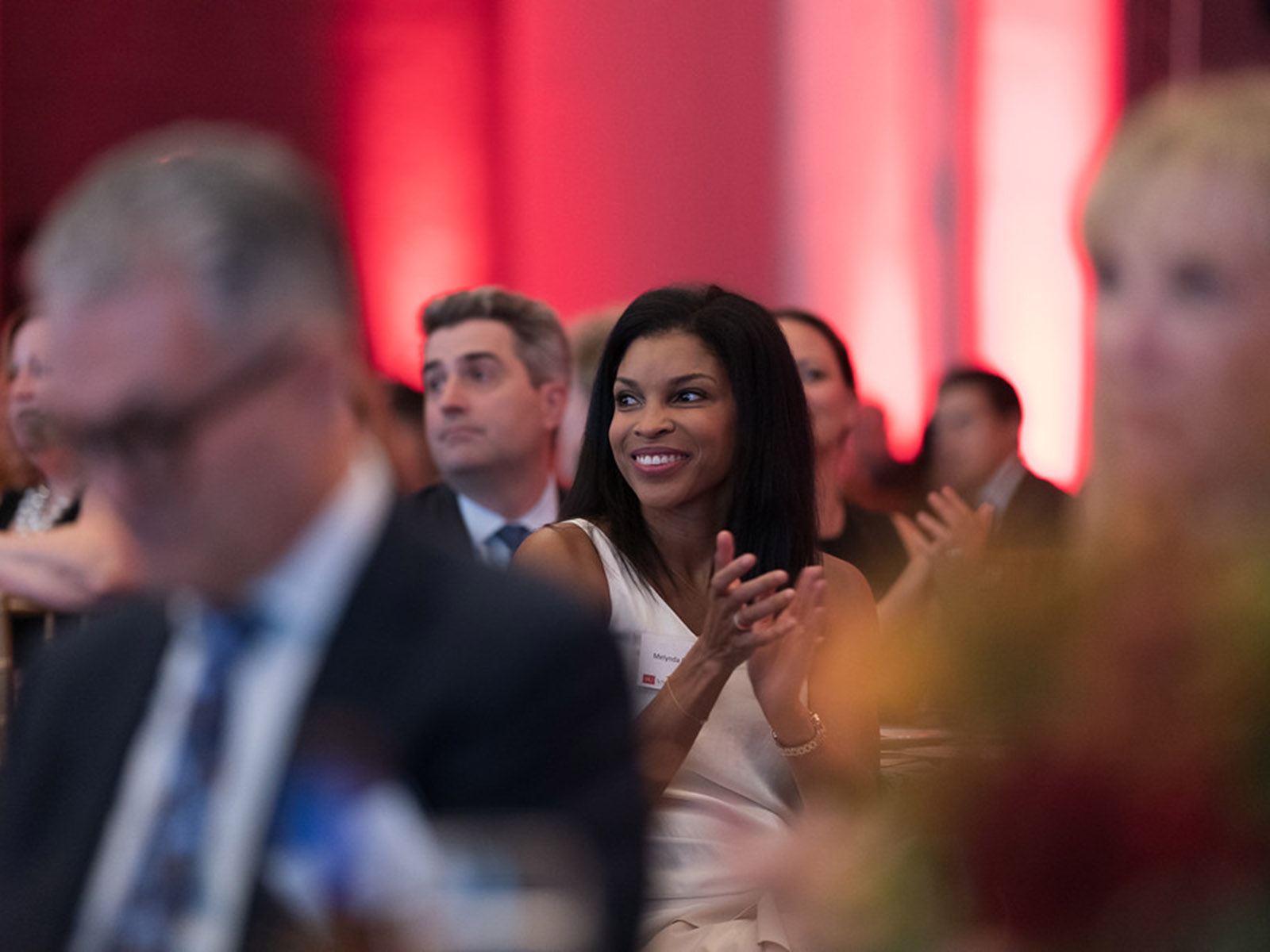 Share your news and submit a class note here!

Edward D. McCarthy received the James N. Esdaile Jr. Award for Civility, Professionalism and Excellence from the Massachusetts chapter of the American Board of Trial Advocates.

Peter Funk is now of counsel at Couch White LLP.

Harvey Kaplan has retired and is working pro bono on First Circuit political asylum cases with Greater Boston Legal Services and the ACLU.

Sean Coffey was named to the Rhode Island Lawyers Weekly Hall of Fame.

Michael McElroy has been recognized by the Rhode Island Bar Association with the 2022 Ralph P. Semonoff Award for Professionalism.

Mark Graham Hanson moved (back) to Florida shortly after graduation and has practiced law there in a variety of positions and locales over the years. Now mostly retired, he works one or two afternoons a week in a program at the local courthouse in Tallahassee, helping people who are representing themselves in court cases. He is traveling a bit, and still competing in open water swim races, usually 5 km.

Carl Weiner was selected for inclusion on the 2022 Pennsylvania Super Lawyers list.

Gene Barton has been named to the 2022 Lawdragon 500 Leading Dealmakers in America list.

Robert L. Cook was elected to a four-year term as a town justice in Henrietta, New York in 2019. In addition, he was the recipient of the 2020 Eisenhower College Alumni Association Legacy Award.

Hon. Pennie McLaughlin was elected to a seat on the San Diego Superior Court.

Jennifer Lauro was honored to be named among the 2022 Massachusetts Lawyers Weekly In-House Leaders in the Law.

Adele Robinson joined Abt Associates as a principal associate.

Gene M. Carlino was elected a fellow of the American College of Trust and Estate Counsel.

Veronica Serrato joined the board of directors of Sexual Assault Response Services of Southern Maine as vice chair.

Hon. Robert A. Brennan was named an associate justice on the Massachusetts Appeals Court.

Stuart Katz has practiced in Connecticut at Cohen and Wolf PC since graduating from BU Law. He chairs the firm’s Employment & Labor and Litigation & Dispute Resolution Groups and was recently appointed to the American Arbitration Association (AAA) roster of neutrals for employment matters. Katz’s practice is unique in that he represents both employers and employees in a wide variety of employment-related matters in federal and state courts, as well as before the AAA and other alternative dispute resolution venues. He represents clients in a broad range of discrimination and harassment suits, restrictive covenant cases, breach of contract, and wage and hour claims.

Nia Lena Caravasos is one of only two US lawyers featured by the international nonprofit project “Inspirational People.” She was featured on the Super Lawyers cover in Philadelphia magazine and has been repeatedly recognized on Super Lawyers lists honoring the top women lawyers and the top 100 lawyers in both Philadelphia and the state of Pennsylvania. Having earned a reputation for being unafraid to break ranks with “the old-boy network,” beginning with the Merlino mob trial and continuing with her strategic and uniquely holistic focus in restoring her clients to good lives, NiaLena is one of very few Wharton graduates who practices criminal defense and is uniquely positioned to relate personally to the challenges facing white collar defendants.

Michele Cohen was honored with the Community Leadership Award at the Epstein Hillel School annual gala.

Melanie Jacobs will serve as the 25th dean of the University of Louisville Brandeis School of Law.

C. Max Perlman has joined Gunderson Dettmer as a partner in the Labor & Employment Group in its Boston office.

Crane Pomerantz has joined Clark Hill as a member in the litigation practice in Las Vegas.

Jennifer Lawrence was appointed the first general counsel at NEXT Insurance.

Ronald E. Richter was named to the New York City Mayor’s Advisory Committee on the Judiciary by Mayor Eric Adams.

Kristen J. Fallon was promoted to senior partner in the Boston Office of Riemer & Braunstein.

Tyree Ayers was elected to the board of Maryland Volunteer Lawyers Service.

Russel Stein (LLM in Taxation’05) was elevated to partner at the Partridge Snow & Hahn.

Ari Behar is an associate at Lando & Anastasi.

Padma Choudry was elected a trustee of the Bedford Free Public Library.

Angela Gomes has been named to the Savoy magazine 2022 “Most Influential Black Lawyers” list, which recognizes exceptional legal achievements and leadership by Black lawyers who are partners at national law firms or corporate counsel of global corporations.

Erika Canchola was selected by the Los Angeles Business Journal for its 2022 list of “Leaders of Influence.”

Zach Cochran returned to King & Spalding as a partner.

Mark J. Esposito has been named a shareholder in the Springfield-based law firm of Shatz, Schwartz and Fentin.

Marisa Rauchway joined AY Strauss as a partner and chair of the firm’s Franchise Group.

Sarah Schielke won a $3 million settlement from the city of Loveland, Colorado, for her client, a 73-year-old woman with dementia who was assaulted by a police officer.

Marion R. Harris was elevated to partner at Pryor Cashman, where he serves in the Litigation, Investment Management, Intellectual Property, and Media + Entertainment Groups. He was named to the 2021 New York Metro Super Lawyers list as a “Rising Star” in business litigation.

Melissa La Venia was named partner of US tax at Raymond Chabot Grant Thornton LLP in Montreal, Canada. Venia has been in the field of international tax since 2012, and has the pleasure of working with individuals, trusts, estates and closely held businesses around the world on their US inbound and outbound tax needs.

Nicholas Rohrer, who focuses his practice on complex commercial litigation in the Delaware Court of Chancery, was elected partner of Young Conaway.

Marc Aspis and his wife had their third child, Bella Claire Aspis.

Michael Greenwald was appointed global lead for digital assets for Amazon Web Services. Greenwald will be working remotely from Palm Beach, Florida, where he lives with his wife Nolan while traveling globally and spending time between HQ2 in Arlington, Virginia, and HQ in Seattle, Washington.

Melissa I. Wernick was promoted to member at Chiesa Shahinian & Giantomasi PC.

Michael L. Gurman has been named a partner in the Healthcare Practice Group of Ulmer & Berne LLP.

Ashley Jacobs, who concentrates her practice on representing debtors, lenders, and other parties in chapter 11 cases, as well as foreign representatives in chapter 15 cases, was elected partner of Young Conaway.

Deborah Beth Medows published an article with the Harvard Journal on Legislation, entitled “A Beginner’s Guide to Legislative Drafting,” using lessons learned in drafting legislation as an attorney for the New York State Legislature. The UN cited her article to describe how to draft legislation in the guide “Promoting Women’s Political Participation: From Quotas to Parity: A Guide to Legal Options for the West and Central Africa Region,” a project by UN Women in partnership with Canada.

Carollynn Lear has been reappointed to the position of assistant commissioner of the New Hampshire Department of Revenue Administration.

Cristina I. Ramirez joined the Travis County Public Defender’s Office. She is proud to return to her hometown and serve her fellow Austinites.

Cory J. Rothbort was trial counsel (second chair) for an excessive force lawsuit that recently settled for $10 million. It is believed to be the largest settlement of any police brutality case in New Jersey history and one of the largest ever nationwide.

Ryan Very took advantage of BU Law’s Post Graduate Fellowship Program at the ACLU of Pennsylvania in his hometown of Pittsburgh. That year, he worked to legalize same-sex marriage in Pennsylvania and strike down a voter ID law. After the fellowship, he started a law firm out of his attic, which has grown to a downtown firm of seven people.

Rebecca Hollander has been elevated to member at Cole Schotz PC. Hollander serves in the Bankruptcy and Corporate Restructuring Department, as well as the Real Estate Special Opportunities Group, and is located in the firm’s New Jersey office.

Caroline Fischer Espi was recognized by Orlando Style as one of Orlando’s 2022 Top Women in Law.

Jessica Meyers, an associate with Brown Rudnick LLP, was part of the legal team representing Johnny Depp in a defamation lawsuit against his ex-wife, Amber Heard.

Talene Ghazarian was elected to serve as director-at-large of the labor union representing California state attorneys and administrative law judges.

Stephanie Calnan, an associate with Brown Rudnick LLP, was part of the legal team representing Johnny Depp in a defamation lawsuit against his ex-wife, Amber Heard.

Kati-Jane Childs moved to Baltimore, Maryland in February 2022 to begin work as an assistant public defender with the Maryland Office of the Public Defender.

Ibrahim Siddiki joined Bracewell as a partner in the firm’s corporate practice.

Diego Ostos Guerresi has been appointed as partner of Santamarina y Steta, in Mexico City. His practice focuses on banking and finance law, as well as capital markets.

Heena Wozny is an associate in the Boston office of Morgan, Lewis & Bockius LLP.

Leanne Scott was appointed as a principal at Baker Newman Noyes.

Lydia Edwards was elected to the Massachusetts State Senate to represent the First Suffolk and Middlesex district.

Harsh Arora was recognized with the 2022 Diversity Leader Award by Profiles in Diversity Journal. The award recognizes those who work every day to expand and improve diversity, inclusion, and equity in the workplace and beyond.