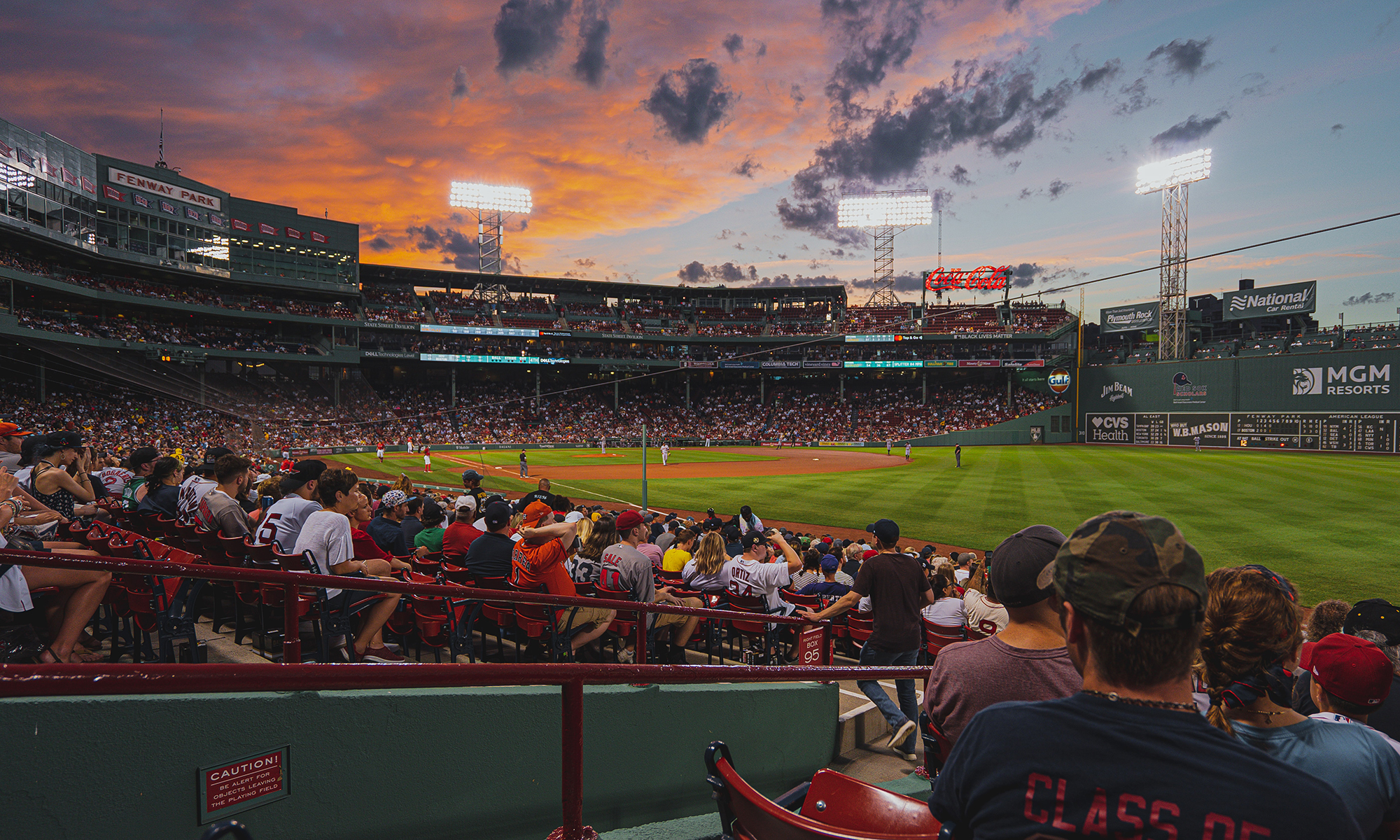 Photo by Wei Zeng via Unsplash

A Heavy Hitter in Baseball Negotiations

At ballparks across America, baseball players will take to the fields this weekend—the Red Sox versus the Rangers, the Mariners versus the Mets, the Padres versus the Braves. But just weeks ago, players and fans were unsure these games would happen, as the longest owner-imposed lockout in Major League Baseball history stretched past its third month and Opening Day was officially delayed.

Players are now back in uniform—and many of them are earning higher salaries than last season—thanks in large part to BU Law graduate and former litigator Bruce Meyer, the Major League Baseball Players Association’s lead negotiator for collective bargaining agreements. Meyer helped the players reach an agreement on a new five-year collective bargaining agreement (CBA) in March, paving the way for a full 162-game season to begin just a week behind its original schedule.

“There was a widespread feeling that the system wasn’t working well for players and that the owners had figured out ways to manipulate it in their favor,” Meyer (’86) says. “I think there was the desire to bolster the negotiating team with another lawyer and bring in some additional firepower.”

When Meyer took the job, he knew he had his work cut out for him.

“It was a very difficult thing that we were trying to do, and very unusual in sports labor negotiations in recent years, which was trying to make net gains in the players’ favor,” he says. “We went into it with the objective of making net economic gains, not just horse trading, but actually making improvements for players at all levels in a wide array of areas.”

Overall, players seem happy with the new CBA and with Meyer’s work on their behalf. New York Yankees pitcher Zach Britton told sports website The Athletic, “Bruce was an absolute bulldog in the negotiations, and he was everything we needed from a head negotiator.”

The Windup for a Job in Baseball

Before joining the MLBPA, Meyer spent two years in a similar role at the National Hockey League Players’ Association, which required the father of three to commute to Toronto from his home in New York. The MLBPA is headquartered in Manhattan, so taking the baseball job meant not only joining a “storied organization with a great, rich tradition and history,” Meyer says, but also relief from the cross-border commute.

Prior to his work with the hockey players’ union, Meyer was a litigator in the Manhattan offices of Weil, Gotshal & Manges LLP. He joined Weil as a summer associate in 1985, returned after graduating law school in 1986, and stayed for three decades. During his years there, he spent considerable time in the courtroom, where he enjoyed nothing more than a good cross examination. He represented a host of big-name clients at Weil, including Disney, CBS, Westinghouse, Apple, eBay, and—at various points—the unions of all four major US sports leagues (baseball, hockey, basketball, football).

“I didn’t go there with an eye on doing sports work. I was dimly aware that they had a practice in that area,” Meyer says. “When I started, I happened to start working with a guy named Jim Quinn, who was one of the big guys there in litigation but also had this practice for sports unions.”

In 1992, Meyer helped Quinn represent professional football players in what became a landmark antitrust case, McNeil v. National Football League. After a three-month trial in Minnesota, a jury struck down the league’s restrictive free agency system, helping to bring about true free agency for NFL players for the first time.

Meyer has loved baseball since he was a kid cheering for his favorite players, Hall of Fame pitcher Tom Seaver and home-run legend Hank Aaron. Watching the “Miracle Mets” win the 1969 World Series made the New York native a devoted Mets fan.

“The highlight of my sports life was probably game six of the ’86 World Series when the Mets beat the Red Sox in the famous Bill Buckner game,” he says, referring to Red Sox first baseman Bill Buckner’s disastrous tenth-inning error of letting a ground ball roll through his legs.

As a student at BU Law, Meyer lived close to Fenway Park, and he caught games at Fenway as often as he could.

“They weren’t as crowded back then,” he says, “so I saw a lot of good baseball while I was at BU.”

He also took a good labor law course, providing a solid foundation for his current work.

Our union endured the second-longest work stoppage in its history to achieve significant progress in key areas that will improve not just current players’ rights and benefits, but those of generations to come.

When Meyer joined the MLBPA in 2018, he immediately began preparing for a labor fight that was three years away. He studied the history of player/league negotiations, talked to players and agents about their priorities, and worked with economists and analysts to understand industry trends and how best to sway them in players’ favor.

The COVID-19 pandemic shut down 2020 spring training. Meyer helped negotiate the terms under which players returned to play for a 60-game season beginning in July. The terms included health precautions, such as regular COVID testing for players and personnel, limited travel, and a prohibition against high-fives and other celebratory contact. Players and teams also agreed that players would receive a prorated portion of their salaries based on the number of games played. The league later insisted on further player pay cuts, which Meyer and the MLBPA successfully opposed.

The pandemic negotiations provided Meyer a practice run of sorts for the CBA negotiations he’d been hired to lead. Those negotiations stretched from April 2021 to March 2022, including eight days of intense daily meetings in Florida with reporters literally camped out nearby, watching every move. After arguing multibillion-dollar jury cases, Meyer was well prepared for the stress of the negotiations, he says, but the media spotlight took some getting used to.

In the end, Meyer and the union were happy with the strides they made for players in the CBA negotiations. Among other things, the new CBA helps younger players by raising minimum salaries from $570,500 to at least $700,000, creating a $50 million bonus pool for players who don’t yet qualify for salary arbitration, limiting the number of times in a season a team can send a player back to the minor leagues, and providing incentives for teams not to delay including top prospects on Opening Day rosters—something teams have done to delay a player’s eligibility for salary arbitration and free agency. The agreement also significantly raises the amount teams can spend on salaries before triggering the league’s competitive balance tax; this change allows for higher salaries for players at all levels and encourages teams to value competitiveness over cost control.

“Our union endured the second-longest work stoppage in its history to achieve significant progress in key areas that will improve not just current players’ rights and benefits, but those of generations to come,” MBLPA Executive Director Tony Clark said in a press statement after the signing of the new CBA. “Players remained engaged and unified from beginning to end, and in the process reenergized our fraternity.”

Meyer’s work on the 2022–26 CBA isn’t actually done. In March, the negotiators tabled a discussion about implementing an international draft—a move the players have long resisted. The union and the league are working toward a July deadline to reach consensus on that issue.

While those discussions continue, Meyer is already looking ahead to 2026.

“The next labor fight has already begun,” he says. “It never really stops—the process of evaluating what’s going on in the industry, what’s going on in the market, and talking to players. We feel we have unfinished business, and we’re going to continue to promote our objectives for the next round. The craziness has subsided significantly, but the effort is ongoing.”

A Heavy Hitter in Baseball Negotiations