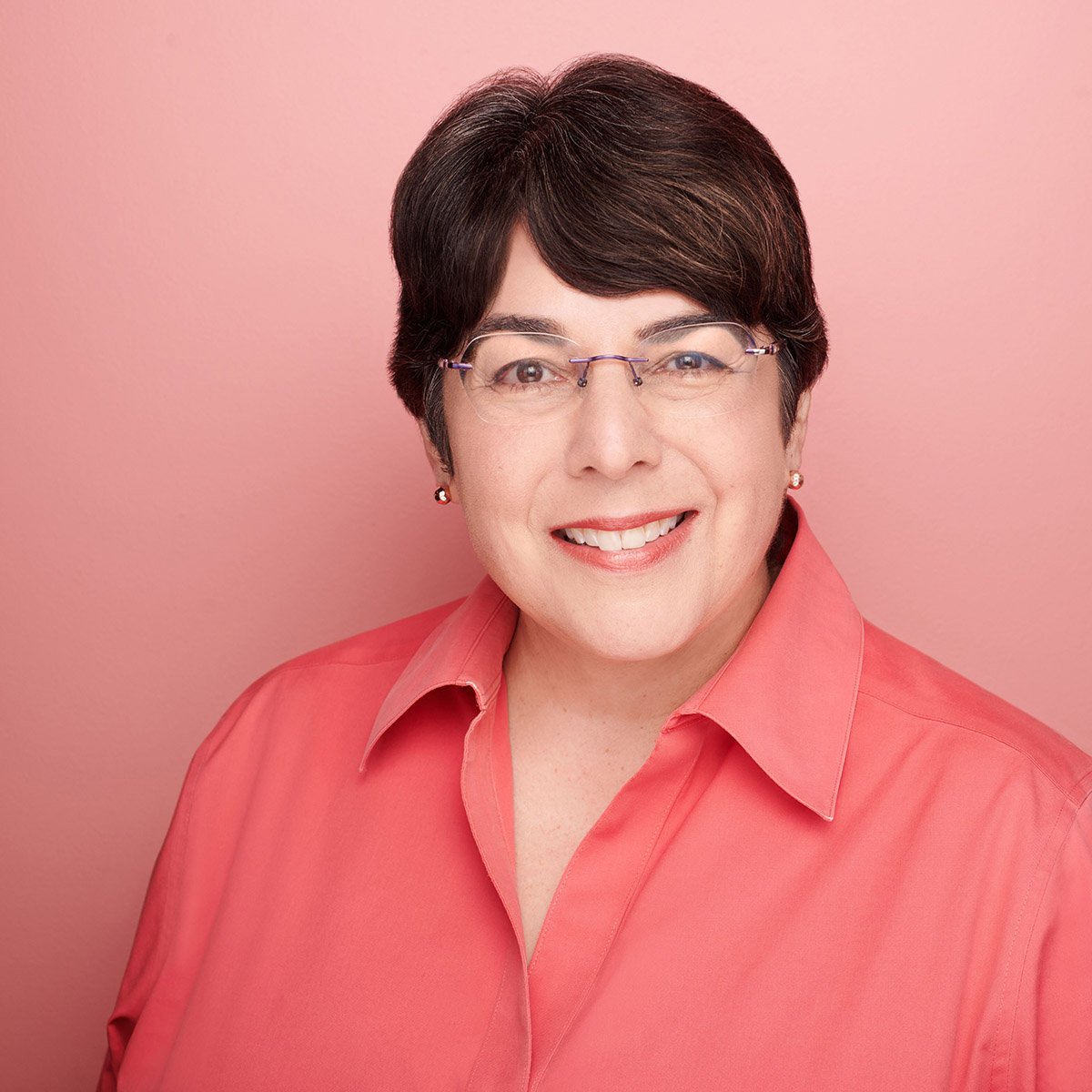 In the late 1980s, Kathryn Kleiman was a recent college graduate working in Manhattan, helping to manage international data networks for a Wall Street financial firm. The internet existed then, but it was used by colleges and universities; commercial data traveled on private networks.

“At one point,” Kleiman (’93) says, “I asked my boss, ‘What is the law governing all of these data—including personal data—that we are shipping all over the world?’ And he said, ‘There is no law.’”

Kleiman immediately began studying for the LSAT. She believed policymakers and lawmakers would soon be creating rules and laws to better regulate electronic data transmission and use of the internet, and she wanted to be part of that process.

Today, Kleiman is a recognized as an innovator of internet law and teaches classes on intellectual property and internet governance at American University’s Washington College of Law. In the late 1990s, she helped write the Uniform Domain-Name Dispute-Resolution Policy (UDRP), a set of internationally accepted rules that governs internet domain name disputes (rules, for example, outlining the procedure Walmart used to challenge the registration and use of wa1mart.com for being confusingly similar to walmart.com), and she has continued to serve on and chair international policy groups to write and revise internet rules ever since. She has also represented clients in discussion of internet law and policy before international groups, Congress, and federal agencies.

“I’m very proud of the work I’ve done fighting for fairness and balance in internet law and policy,” Kleiman says, “because I think that’s what protects not only the incumbents, the existing companies and organizations, but also the future—future companies, organizations and individuals.”

As a student at BU Law, Kleiman couldn’t take courses in cyberlaw because they weren’t yet offered. She instead studied corporations, international law, administrative procedure, and First Amendment law.

“Those courses have all been directly involved in my path in internet law,” she says. “It’s been great to have a foundation in these different areas of law and to know the basis of those laws. I appreciate the professors’ ability to teach both theory and practice because, when we had to build a new set of laws for the internet, I needed to know the theory.”

After law school, Kleiman became a telecommunications associate at Fletcher, Heald & Hildreth in Arlington, Virginia. She was working on cases involving satellites, low-power devices, radio, and television, when an early internet domain-name dispute came across her desk.

“The person wanted to know what the law was to defend their domain name, and the existing rules weren’t very fair,” she says.

Early domain name dispute policies were written with the interests of corporations and large trademark owners in mind. Kleiman felt these policies ignored the rights of everyday people, nonprofits, entrepreneurs, and small businesses, so she cofounded the nonprofit Domain Name Rights Coalition and began working for rules that would be more balanced.

We have to watch the new technologies carefully. Facial recognition, artificial intelligence, machine learning, and Internet of Things all have the ability to make tremendous contributions to society, or horrible ones. It will depend on whether lawyers, technologists, policymakers, business leaders, and noncommercial and digital-rights organizations get the rules and oversight right.

She eventually became part of the group that founded the Internet Corporation for Assigned Names and Numbers (ICANN) to oversee and manage the internet’s infrastructure.  She cofounded ICANN’s Noncommercial Users Constituency (NCUC) to represent noncommercial organizations and noncommercial speech in ICANN policymaking. In 1999, she served on ICANN’s Final UDRP Drafting Team and was instrumental in ensuring the UDRP balanced trademark protection with free speech and fair use protection.

Before she became involved with writing the UDRP, Kleiman says, early drafts of the policy outlined procedures that didn’t adequately provide defenses registrants could use to protect their legitimate interests in a domain name.

“What was missing was a very clean way to say, ‘I’m allowed to register delta.com,’” Kleiman says. “Delta is a word. It’s a word whether you’re Delta Faucets, or Delta Airlines, or the Delta Delta Delta sorority, or you want to set up a new company called Delta that focuses on making changes to education.”

Thanks to Kleiman and like-minded colleagues, the UDRP now clearly outlines how registrants can demonstrate their rights and legitimate interests in a domain name, ensuring that everyone—not just large corporations—has a place on the internet.

After helping to found ICANN and write the UDRP in the late 1990s, Kleiman held a variety of roles in ICANN policymaking. In private practice, she represented registries, registrants, and other internet users; served as director of policy for the Public Internet Registry; and returned to her original firm to lead its Internet Law and Policy Group.

Kleiman and her husband, Mark, raised three children who are all now headed to STEM careers, two in computer science and one in emergency medicine. When her youngest son went to college in 2018, Kleiman entered academia, taking a yearlong position as a visiting research scholar with Princeton’s Center for Information Technology Policy. She then taught in the Glushko-Samuelson Intellectual Property Law Clinic at American University Washington College of Law (WCL) and is now a senior policy fellow with WCL’s Program on Information Justice and Intellectual Property. Over the last two years, she created and taught a popular new course: Internet Technology & Governance for Lawyers.

Uncovering the History of Women in Technology

As a Harvard undergraduate, Kathy Kleiman loved programming computers and enrolled in numerous computer science courses. Noticing how few other women sat in those classes with her, she began to wonder about the role and the history of women in computing. Kleiman started scouring histories and encyclopedias of computer science, looking for women role models.

Her research turned up intriguing photographs from 1946, just after the end of World War II. The photos showed both men and women working on the Electronic Numerical Integrator and Computer (ENIAC), the world’s first general-purpose, programmable, all-electronic computer built as a secret project for the Army at the University of Pennsylvania to calculate ballistic firing tables. The photos’ captions only named the men, so Kleiman set out to identify the women. She took the pictures to the Computer History Museum that was then in Boston, and the museum’s cofounder told her the women must be models, simply posing with the ENIAC. Doubtful, Kleiman kept searching and eventually discovered that the women were ENIAC’s original programmers. The men in the photos designed and built the ENIAC’s hardware, but it was a team of six young women, mostly math majors, who had programmed the ENIAC to do its complex artillery calculus calculations.

Bringing the ENIAC programmers’ stories to light has been an ongoing quest for Kleiman ever since. She took time off from her job as a law associate in the 1990s to record oral histories of four of the six ENIAC programmers. She later worked with documentary filmmakers to turn those recordings and other footage into a 20-minute documentary, The Computers, that premiered at the Seattle International Film Festival in 2014, and she has since shown the film around the world. To tell the programmers’ story more fully, Kleiman recently wrote the book, Proving Ground: The Untold Story of the Six Women Who Programmed the World’s First Modern Computer, which will be published by Grand Central Publishing this summer.

“I want to see more women and more people of color going into computer science and, ultimately, going to law school and then into internet and tech policy,” Kleiman says. “I’d like to share my role models with them and with everyone, and that’s what the new book is all about.”

Kleiman sees her academic roles as a chance to train a new generation of leaders who will fight for fairness and balance online and in emerging technologies.

“We have to watch the new technologies carefully,” she says. “Facial recognition, artificial intelligence, machine learning, and Internet of Things all have the ability to make tremendous contributions to society, or horrible ones. It will depend on whether lawyers, technologists, policymakers, business leaders, and noncommercial and digital-rights organizations get the rules and oversight right.”

“Free speech, fair use, privacy, due process,” she adds, “we need them in any new technology law. We certainly needed them in early internet law, and we need them today.”