Our lab conducts multi-disciplinary research programs investigating the essential characteristics and developmental trajectories of the language and cognitive profiles in autism and related disorders and explores the relationship between these profiles and brain structure and function. 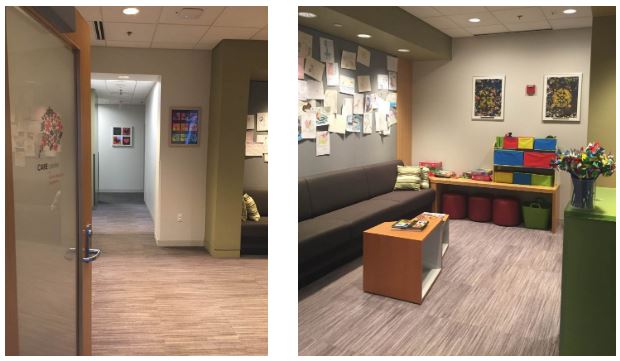 In the late 1990s we began a large NIH-funded program project (part of the Collaborative Programs of Excellence in Autism – CPEA) exploring behavioral and brain imaging studies of language, theory of mind and other aspects of social information processing in autism or language impairment, and then in 2002 we were awarded an NIH Autism Center (part of the STAART program) to address family, developmental, treatment and brain imaging and pathology studies focusing on the social-communication and affective dimension of autism.

In 2009, following Dr. Tager-Flusberg’s appointment as the Director of the Developmental Science program in the Department of Psychology at Boston University, most of the lab moved to the Charles River Campus.  Our studies of Williams Syndrome continued at the Boston University School of Medicine until Summer 2011.

In 2012 we were awarded one of three NIH Autism Centers of Excellence (ACE) which led to the creation of our Center. Our studies on autism take place in the Center which is housed in the Department of Psychological and Brain Sciences on the Charles River Campus and at Boston Children’s Hospital.  Our brain imaging studies using magnetic resonance imaging methods (MRI) continue in collaboration with colleagues at MIT and Massachusetts General Hospital.

Our research programs are funded by the National Institutes of Health and the Simons Foundation Autism Research Initiative (SFARI).

The broad goals of our research address the following topics:

This past week, Dr. Tager-Flusberg held a private graduation ceremony for Dr.

On Monday May 3, there was a Community Autism Conference with updates...

Our Director, Dr. Helen Tager-Flusberg, is accepting the Lifetime Achievement Award from...

We've been so lucky to have Jenn Leano work here at CARE...