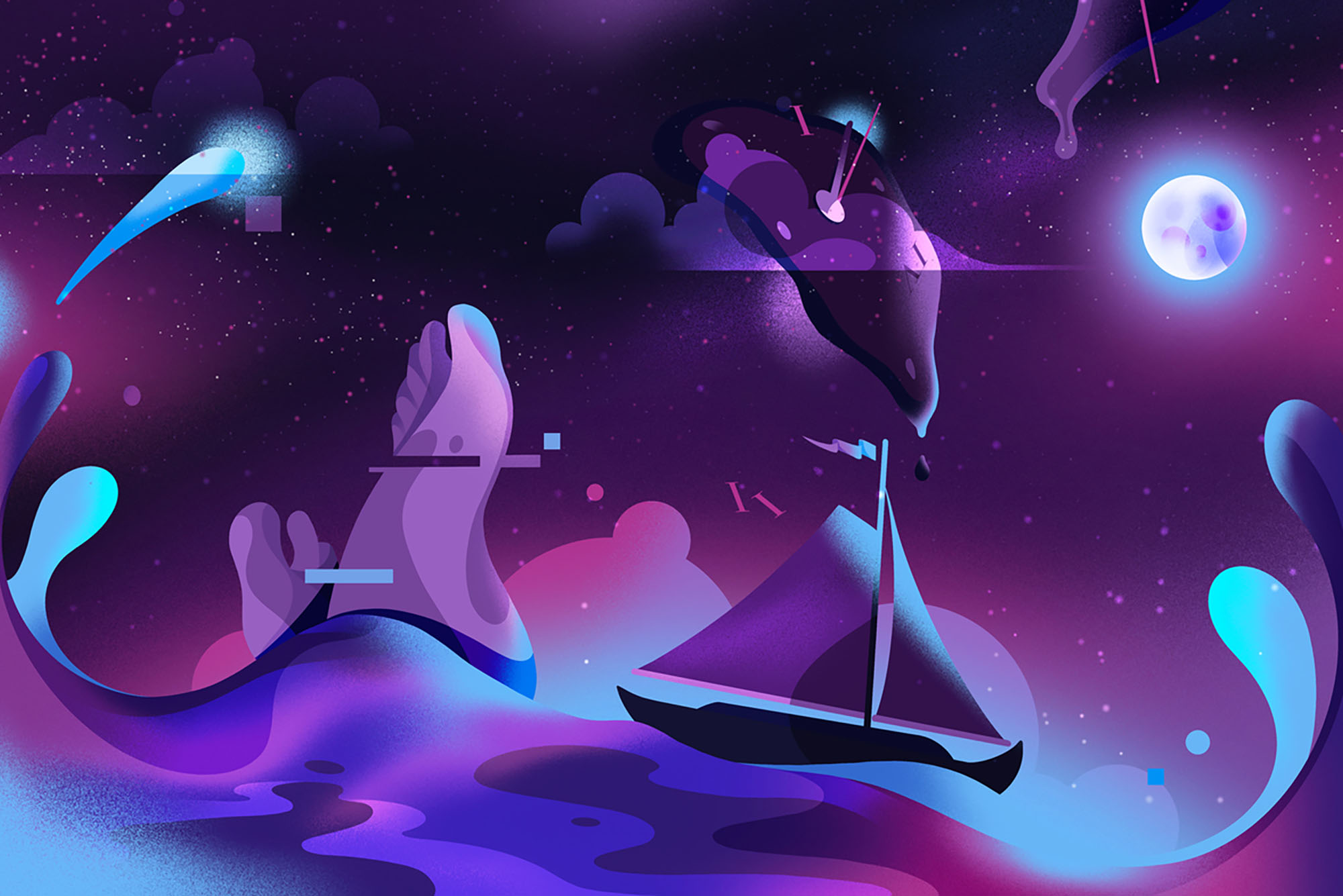 The more researchers learn, the more science will be able to address underlying problems that prevent us from getting enough sleep

It’s 2 pm on a chilly Saturday, and my dog is sound asleep.

His eyes and mouth start to twitch, his paws brush against the couch cushion beneath him, and I can only assume he is dreaming. Scientists have yet to find any species that doesn’t require some form of sleep. Even jellyfish, ancient creatures without a brain, find time to rest.

The average person spends about a third of their life sleeping—or at least attempting to sleep. “Sleep is often considered a commodity or a luxury or something that you can compromise on, when really it’s a noncompromisable pillar of health,” says Naina Limbekar, a School of Medicine assistant professor of neurology and a physician in sleep disorders at Boston Medical Center, BU’s primary teaching hospital.

Sleep is often referred to as the time for the body and brain to do some housekeeping, says Laura Lewis, a BU neuroscientist who studies how sleep operates in the brain. While we sleep, our brain is busy creating and maintaining neural pathways that improve our memory, learning abilities, and cognitive functions that keep us alert the next day. It is a healing time for the rest of the body as well, repairing heart and blood vessels and improving immune function.

For sleep to have its most healing effects, most adults need seven to eight hours each night, with the number of optimal hours needed by the body and brain varying slightly depending on a person’s age. But about 70 million Americans have chronic sleep problems, including diagnosable disorders like insomnia, narcolepsy, restless leg syndrome, sleep apnea, and nightmare disorders, according to the US Centers for Disease Control and Prevention (CDC). Poor sleep, for any reason, can put us at risk for serious health problems, such as heart disease, stroke, diabetes, weight gain, and hypertension.

While researchers like Lewis, a College of Engineering assistant professor of biomedical engineering and a faculty member at BU’s Center for Systems Neuroscience, have made strides in understanding what happens when we snooze, the precise workings of sleep still elude us.

Lewis says studies by other scientists have revealed dozens of networks in deep regions of the brain in humans and other animals that, when stimulated, act like switches, turning sleep on or off. “Why are there a dozen different brain regions that would make you asleep or awake?” Lewis asks. “Is it because you need to sleep so badly that your brain has many different ways to make it happen? Or are there a dozen different aspects to sleep and they are working together?”

The more we can understand how and why we need sleep, she says, the more science will be able to address underlying problems and disorders that prevent people from getting enough of it.

Brain “Washing” and Why We Have Nightmares

In 2019, Lewis was a coauthor of a study that revealed for the first time that a pulsing wave of fluid, called cerebrospinal fluid (CSF), “washes” our brains while we sleep.

Using magnetic resonance imaging (MRI) to monitor sleeping study participants, Lewis is able to measure the liquid that washes through the brain in pulsing waves, which may flush out toxic, memory-impairing proteins.

“We don’t know how or why this happens,” says Lewis, who hopes her research will provide insights into depression, Alzheimer’s disease, and other disorders.

The findings could lead to further investigations about the role CSF plays in maintaining brain health as people age, and answer some questions about a variety of neurological and psychological disorders related to sleep.

At the School of Medicine, Patrick McNamara, an associate professor of neurology, studies a different kind of sleep mystery: nightmares.

Sleep typically follows four stages, all of which are important for feeling rested and restored. The first two stages are considered light sleep, followed by a period of deep sleep. This is when heart rate and breathing slow down, and many of the brain’s and body’s housekeeping processes occur. The fourth stage is called REM (short for rapid eye movement) sleep, which typically starts about 90 minutes after we nod off. REM sleep is when the most vivid dreams occur and when brain activity heightens; electrical signals during REM sleep fire at close to the same level they do when we’re awake.

“Sleep represents a bizarre biological system,” says McNamara (CAS’86, MED’91). “Our bodies get weird, our muscles are paralyzed, and despite this upheaval in basic machinery, we’re forced to watch these dreams.”

Whether dreams have any purpose has been debated and studied by sleep scientists. Some argue that dreams are nothing more than nonsense images that our brain scrambles together based on experiences from our waking hours. But others disagree, pointing to a strong association between REM sleep and memory consolidation, which is when the brain processes and stores emotional memories so that they don’t preoccupy us while we’re awake.

“This [system] wouldn’t be necessary for dumber species,” says Wesley J. Wildman, a School of Theology professor of philosophy of religion and an expert in artificial, computer-simulated environments. “But for human beings we really do need some type of system that allows us to function.”

Wildman and McNamara have teamed up on research simulating the imagery that people see during dreams, specifically terrifying ones experienced by people having a nightmare. A nightmare disorder, different from the occasional nightmare, happens when a person has frequent or recurring nightmares that interfere with sleep and mood and can bring notable distress in daily life. About 50 percent of children between the ages of three and six report frequent nightmares, and 2 to 8 percent of adults have problems with nightmares. 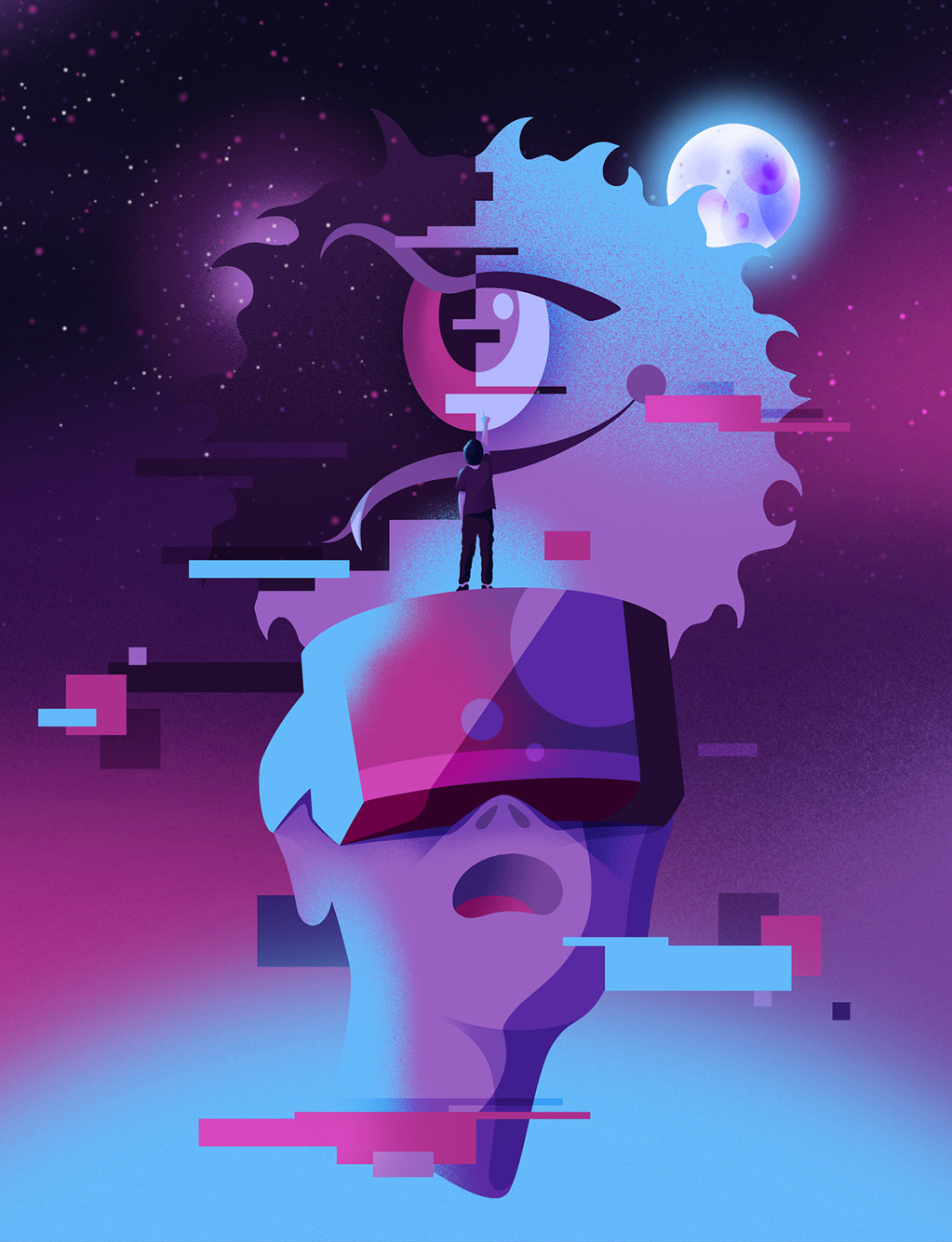 Sleep is often considered a commodity or a luxury or something that you can compromise on, when really it’s a noncompromisable pillar of health.

According to Wildman and McNamara, sleep scientists agree that most people are able to stay asleep when alarming or frightening images invade their dreams because of what’s called a fear extinction circuit in the mind, which dampens fear responses.

“The payoff of REM sleep is this fear extinction circuitry that operates during REM sleep that can help transition scary memories in a way that doesn’t preoccupy a person anymore,” Wildman says. He has designed computer-simulated brain models that accurately show what happens when that circuitry gets overwhelmed, causing someone to jolt awake from a nightmare.

“This breakdown happens from dominance images,” says McNamara, explaining that such images are “something that feel like you can’t tear your eyes away…like you’ve lost control over what happens [in the dream]. And that is what causes a nightmare.”

When nightmares recur, getting enough sleep can become a problem, which could exacerbate other mental health problems, such as anxiety and depression. McNamara has spearheaded the idea of using virtual reality (VR) to help fight recurring nightmares for both adults and children. The goal is to essentially teach someone how to take frightening images and rewrite the nightmare into a less scary script, similar to imagery rehearsal therapy, the current gold standard for treating frequent nightmares. Imagery rehearsal therapy can take months, he says, and many people don’t follow through.

VR therapy is the same concept, but gives someone a hands-on way of facing their fears—literally. “Take that monster and turn it into a friend you didn’t recognize,” McNamara says. The VR headset is an immersive experience that if used correctly allows a person experiencing recurring nightmares to take control of dominance images by manipulating simulated ones.

Their initial findings with people who frequently experience nightmares were promising, says McNamara. The 19 study participants reported significantly lower levels of anxiety, nightmare distress, and nightmare effects after using VR therapy in McNamara’s lab twice a week for a month. He and Wildman have plans to move VR therapy into clinical trials.

“Sleep is fundamental for human flourishing,” McNamara says. And yet it’s often something we neglect, for a variety of reasons: stress, too much screen time before bed, jet lag, or changing shift work.

Our understanding of sleep as a pillar of health has taken off in the last couple of decades. Lack of sleep can lead to long-term health problems and more immediate problems, like drowsy driving—which accounts for thousands of accidents per year, according to the CDC.

Limbekar, like other sleep experts, thinks not getting enough sleep is a public health issue, as well as a personal wellness area that needs improvement.

A key aspect of improving sleep health is understanding the internal clock that regulates our bodies, called circadian rhythm, says Limbekar, who is host of the sleep health podcast, Sleep On It! The 24-hour cycle is largely guided by when it’s light and dark outside. It’s regulated by an area in the brain’s hypothalamus, called the suprachiasmatic nucleus, which is outfitted with special light-receiving cells that signal the brain when it’s time to rise and shine.

A person’s circadian rhythm “is a genetically inherited pattern that determines your optimal time to go to sleep and also determines optimal blood pressure, optimal hormone secretion, and regulates many other pathways of your body,” she says.

Many people find their natural pattern is to go to bed around 11 pm and wake up around 7 am. But close to half the population does not fall into that pattern. Young kids and teenagers often have a natural delay in their sleep, waking up late and going to bed late.

“There’s been a push at the policy level to change school starting times for high schoolers,” Limbekar says, “because going to school at 7:30 in the morning is against their circadian rhythm…. You can’t learn and function the way you would if you went to school at a better circadian timing.”

Considering circadian rhythms as a part of workplace accommodations is also gaining more attention, she says, since constantly fighting our internal clocks can have adverse health effects over time. The first step to understanding your ideal sleep time is to take note of when you start to feel the most sleepy.

According to Limbekar, scientists also have started to figure out the possibility of timing the distribution of medications around the ideal time for your body to metabolize them—for example, taking a blood pressure medication that corresponds to the circadian timing of blood pressure hormones being secreted in the body, which can differ for people.

“I believe the future [of sleep medicine] is timing medications based on your circadian rhythm for optimal health,” she says. “Once we figure out more and more, we can really optimize sleep to prevent future conditions.”

Lewis believes the future of optimizing sleep—getting the best possible night’s sleep that benefits your overall health—hinges on understanding the elusive deep brain regions that put us to sleep in the first place.

She and her team, building on their MRI-based research into the workings of the brain while humans sleep, are interested in figuring out which mechanisms are involved in changing our perception and sensing of the world while we sleep, the neural networks involved in switching from wakefulness to sleeping, and why and how humans, like all other animals, go to sleep.

“I often get asked by people who have sleep trouble how to sleep better, and I don’t have a good answer,” she says. “We need a deeper understanding of how sleep happens in the brain and what sleep is doing in the brain. Ask me again in 10 years.”