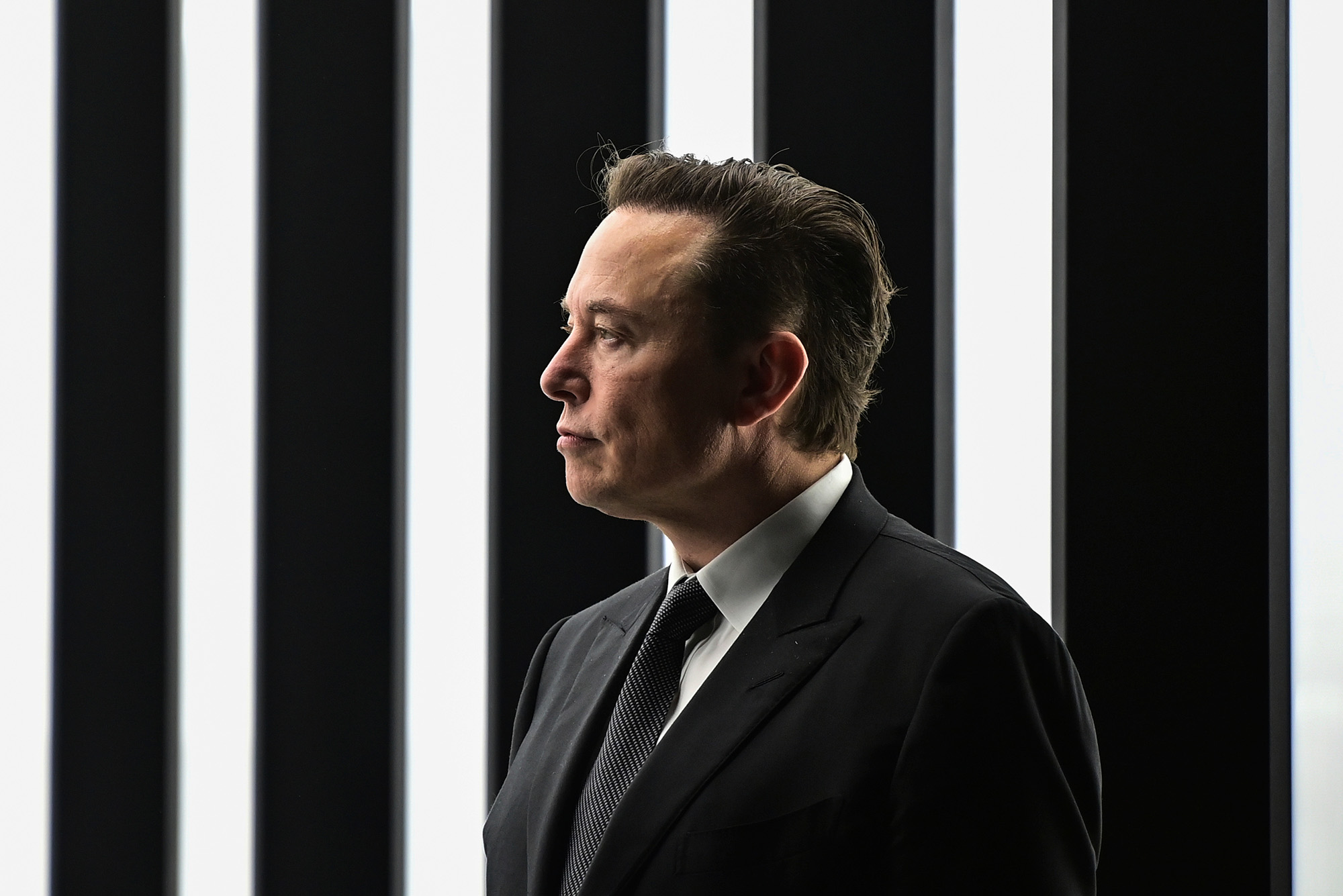 Billionaire Elon Musk has purchased Twitter, and the question now is: what will happen to the social media platform with more than 200 million daily users? Photo by Patrick Pleul/Pool via AP

When a divisive billionaire businessman acquires a platform with 215 million users, there are real reasons for concern, three BU experts say

Prior to this week, Twitter, with more than 215 million active daily users, was a public company owned by shareholders and run by a board of directors. But now with billionaire Elon Musk buying the social media platform for $44 billion on Monday and promising to take it private, every business and strategic move made by Twitter will be decided by one man—the world’s richest person and a mercurial, divisive figure.

What will this mean for the future of the enormously influential site, which serves as an important tool for business and political leaders and a daily news and information home for millions of people, but is also a source of misinformation, lies, hatred, personal attacks, and toxic language? And what will it mean for people like former President Donald Trump, famously banned from Twitter for spreading falsehoods about the January 6, 2021, attack on the US Capitol?

It’s estimated that more than 6,000 tweets are sent every second, more than 500 million per day. With so many questions about Twitter and Musk, BU Today sought perspectives from three Boston University experts, in business marketing, communications and advertising, and the law: Jessica Silbey, a School of Law professor of law and Yanakakis Faculty Research Scholar, Shuba Srinivasan, a Questrom School of Business professor of marketing and Norman and Adele Barron Professor of Management, and Michelle Amazeen, a College of Communication associate professor of mass communication, advertising, and public relations and director of the Communication Research Center.

BU Today: Is there a business or legal or ethical concern when a platform as big as Twitter, with so much global influence, is bought by a single individual (especially one with questionable business ethics issues)?

Jessica Silbey: When two billionaires own two of the biggest social media platforms in the world (Mark Zuckerberg owns Facebook), one has to worry. But we could say a similar thing about consolidation in other industries too, be it the semiconductor industry, health insurance, athletic footwear, or drugstores. Consolidation and control like this exacerbates the already extreme wealth inequality in the United States and alienates ordinary people from the opportunities to flourish that many people thought was part of the American dream. It also depresses or erases the opportunity for self-governance and choice. When consolidation in industries happens like this (as it feels like it is happening in political parties, as well), ordinary people are alienated from the ideals and realities of democratic participation and change.

So, yes, there are concerns when a single person takes over a giant social media platform, especially when the idea is that he’s done so because he wants to be able to control what is on the platform. His purported form of control is no control at all—but total deregulation that just sends populations of people into a social, economic, and political downward spiral.

BU Today: What changes or issues do you foresee coming at Twitter with Musk in control?

Shuba Srinivasan: In a filing with the Securities and Exchange Commission for his initial bid for the company, Musk stated, “I invested in Twitter as I believe in its potential to be the platform for free speech around the globe, and I believe free speech is a societal imperative for a functioning democracy.”

From a marketer’s standpoint, here are some issues that I see:

The most cited example of a proposed change by Musk to Twitter is an Edit button, which he could introduce to the delight of some and the dismay of others. Musk could either introduce this feature carefully, study how it changes Twitter, and proceed cautiously —or it could simply add it right away onto the platform (more likely to occur). This editing feature, which raises potential concerns of honesty and transparency, can allow users to selectively edit what they said, and can be misused to alter the record of a public conversation. It can complicate efforts to trace misinformation, compounding fake information issues on social media. Studies of bot-generated activity on Twitter, as this article in The Conversation showed, have concluded that nearly 50 percent of accounts tweeting about COVID are likely bots. The Edit feature can be used by bots and people to edit their tweets, adding to the disinformation toolkit.

Musk’s vision is to generate revenue from subscriptions rather than advertising. Musk is said to favor a subscription-based model over advertiser funding because it could make Twitter less beholden to advertiser pressure. Advertisers emphasize content moderation due to the impact a platform’s content can have on their brands. For example, P&G found its brands advertised adjacent to extremist websites on YouTube, prompting a $140 million reduction in digital advertising spending. P&G subsequently worked with YouTube to improve content moderation and brand safety issues. Twitter thus far has focused on content moderation in its attempt to address disinformation. For instance, early in the pandemic, Twitter had been proactive in moderating misleading content regarding how the virus spreads, unproven remedies and treatments, and other health related info.  A potential switch to revenue generation from subscriptions to advertising could make Twitter disinformation problems worse.

Musk has an important technology asset in America (Tesla),  one of the most strategic military assets in the world (SpaceX) and now he has the most influential and important social media communications tools in the world. Twitter’s powerful ability to influence consumer sentiment and opinion can create a conflict of interest. New management could push the platform towards Musk’s personal and business interests in space travel and electric cars. It is an open question how Twitter would deal with these possible conflicts of interest and the potential for disclosure of information to shareholders of Tesla, for example.

BU Today: What possible implications, or impact, for the average user of Twitter do you foresee under Musk?

Michelle Amazeen: Control and ownership of US media properties has been of concern for nearly a century. Prior to the establishment of the Radio Act of 1927, Representative Luther Johnson from Texas warned about the new media of the day:

“American thought and American politics will be largely at the mercy of those who operate these stations, for publicity is the most powerful weapon that can be wielded in a republic. And when such a weapon is placed in the hands of one person, or a single selfish group is permitted to either tacitly or otherwise acquire ownership or dominate these broadcasting stations throughout the country, then woe be to those who dare to differ with them. It will be impossible to compete with them in reaching the ears of the American people.”

While the establishment of the Federal Communications Commission in 1934 addressed some of these broadcasting concerns, regulations have not kept pace with the evolving media system.

The average user of Twitter in the United States would be warranted to wonder if they are going to see more dubious claims regarding vaccines, climate change, elections, etc. Users who identify as women and users of color may be concerned that they will be more likely to experience threatening or harassing tweets. And we also know that lax moderation of social media can also lead to offline problems beyond our country’s borders, as we’ve seen with the atrocities in Myanmar. Does Musk have a plan to deal with these wide-ranging issues?

In short, we should all be concerned that a private billionaire owner has control of such an enormous social media platform that wields influence over US society at large, and beyond.

BU Today: Do you think a company like Twitter is better served as a public company, as it is now, or private company, as Musk vows to take it?

Silbey: Public companies are subject to shareholder prerogatives, which is often understood to be profit maximizing. So it’s not clear that taking Twitter private or leaving it public makes a difference. The question is what are the values of the entity (board or person) governing the company. Public companies are regulated more than private companies, to be sure, but not regulated in the way people may think Twitter needs to be regulated—to prevent scamming, falsehoods, viral misinformation that disrupts democracies, and hate speech.

Regulation of user activity is a choice by Twitter whether public or private, and it is subject to the Communications Decency Act and the Digital Millennium Copyright Act (DMCA), not the First Amendment. A publicly held (or privately held) social media company is not subject to the First Amendment’s free speech principles. It is not a state actor, even though some have described it as a “public forum,” like a public park or a sidewalk, on which speech is mostly free. So, one issue with Elon Musk taking over Twitter is: how will he run it? We can guess and worry, given his track record. But we won’t know until it happens.

The real problem is that private companies are not subject to the transparency rules of public companies, so the reasons for governance decisions, the ways in which Musk runs Twitter, will be hidden and can be hidden from the public. So, again, it’s a question of governance. Publicly held companies have more stringent governance rules to make them accountable to shareholders and investors and other stakeholders. But it’s debatable whether those accountability rules work as well as we’d like them to in any case. Ask my colleagues David Webber and Madison Condon about that. Shareholder activism is growing and is important, but it’s not where we want it to be to make public companies accountable to more than the bottom line (e.g., to the interests of ordinary consumers and citizens).

If we feel as though Twitter actually belongs to all of the users (which it doesn’t), and Musk wants to run it as his own company (which he can, because it is subject to ordinary [government] regulations), all we can do is protest the way we’d protest against any other company: boycott, complain, migrate elsewhere. Vote with our consumer choices and our voices. But if Twitter is one of the main ways we communicate political and consumer choices, and a major way we organize to protest against decisions by powerful entities and people, that becomes a real problem of power.

Maybe it’s time to downgrade private platforms and start thinking about a truly digital public sphere? That is what the newspapers were at their heyday (they were called the “fourth estate” for a reason). Maybe it’s time for people to start thinking about local media and national communication structures that interoperate, but are not controlled by a single player or company. This takes work on the part of everyday citizens, but it seems like it may be one of the better ways forward.

There are 25 comments on Elon Musk Buys Twitter. Should We Worry?