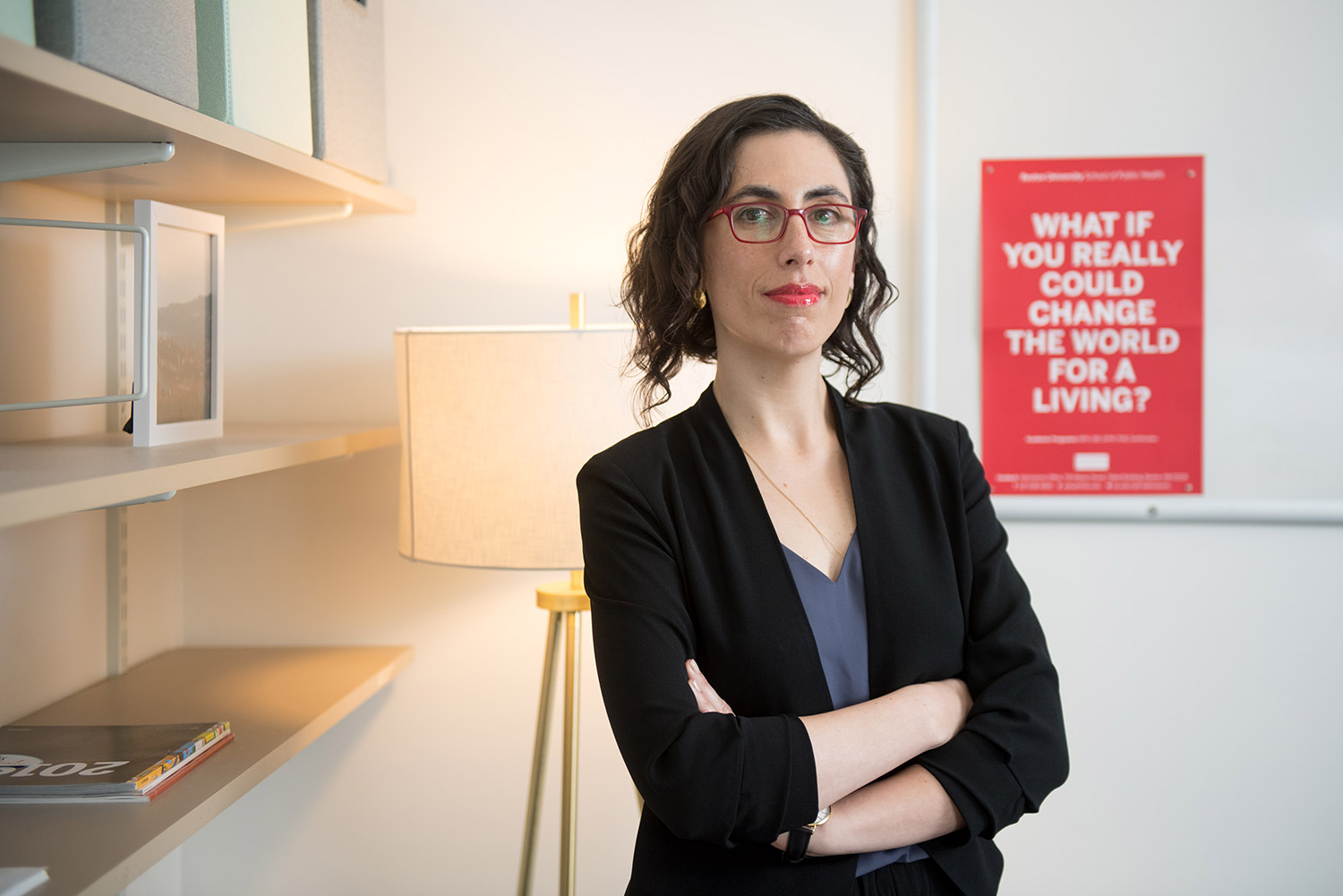 Sarah Ketchen Lipson, a BU School of Public Health professor, says there has never been a more important time for colleges and universities to protect and support trans, genderqueer, and nonbinary students. Photo by Cydney Scott

Surveying 71 US universities, BU researchers say colleges must make mental health a priority, especially for students in the gender minority

The largest and most comprehensive mental health survey of college students in the United States reveals that students who identify as transgender, gender nonconforming, genderqueer, and nonbinary face enormous mental health disparities relative to their peers. In a first-of-its-kind study published on Friday, August 16, in the American Journal of Preventive Medicine, Boston University researchers and collaborators found that gender minority students whose gender identity differs from the sex assigned them at birth, are between two and four times more likely to experience mental health problems than the rest of their peers.

“There has never been a more important time for colleges and universities to take action to protect and support trans, genderqueer, and nonbinary students on campus,” says study lead author Sarah Ketchen Lipson, a Boston University School of Public Health assistant professor of health law, policy, and management.

The research team—which also included Julia Raifman, an SPH assistant professor of health law, policy, and management, Sari Reisner of Harvard Medical School and the Fenway Institute, and Sara Abelson of the University of Michigan School of Public Health—looked at rates of depression, anxiety, eating disorders, self-injury, and suicidality in a sample of over 1,200 gender minority students from 71 colleges and universities. About 78 percent of the gender minority students included in the study met the criteria for one or more mental health problems, with nearly 60 percent of gender minority students screening positive for clinically significant depression, compared to 28 percent of cisgender students, whose sex assigned at birth aligns with their current gender identity.

Those findings stemmed from analysis of two waves of data collected between fall 2015 and spring 2017 through the Healthy Minds Study, an annual national survey about campus mental health that Lipson coleads with University of Michigan colleague Daniel Eisenberg.

The Healthy Minds Study, which more than 300,000 US college students have voluntarily taken since its launch in 2007, uses clinically validated methods of screening for symptoms of depression, anxiety, eating disorders, and other mental health concerns. The survey includes space for participants to fill in their assigned gender at birth as well as their current gender identity, which allowed the researchers to filter their analysis and focus on the collective mental health of gender minority students. The Healthy Minds Study is part of the Healthy Minds Network, a larger effort dedicated to improving the mental well-being of young adults, based out of the University of Michigan and Boston University.

“Reports that more than 40 percent of transgender people have attempted suicide in their lifetimes suggested, to me, that there is a large and disproportionate burden of disease among [people in the gender minority] that public health research can contribute to addressing,” says Raifman.

The Healthy Minds Study results reinforce the disparities facing gender minority students revealed by other research, which has shown that college dropout rates are higher among transgender students, and that they experience near-constant discrimination and harassment. Bathrooms and housing are some of the most stressful areas on college campuses for transgender students, with research showing that transgender college students are at significantly higher risk for suicide and attempted suicide when denied access to gender-appropriate bathrooms and housing on college campuses.

Along with a significantly higher prevalence of self-reported mental health issues among the gender minority community, the researchers also found that transgender men and genderqueer students are particularly vulnerable groups, a statistic that warrants further research, Lipson says.

“Mental health outcomes, as well as negative educational outcomes like dropping out, are preventable,” says Lipson. “The most effective way to prevent them would be, from my perspective, through policy changes. Inclusive policies are necessary to advance equity. And that’s what I really want these data to speak to.”

Slowly, gender-neutral bathrooms and housing options are becoming the norm. The researchers hope that leaders in higher education will use these results as a springboard for much more urgent action, such as addressing gender minority needs in housing policies, creating or revising policies that allow students to change their name in campus records, improving mental health resources on campuses, and raising awareness of gender minority issues.

“As a cisgender woman working on this topic, I think a lot about allyship and how I can conduct and disseminate research to advance advocacy efforts. First and foremost, allies on campus need to listen to, and make space for, the voices of trans people,” Lipson says. Peers, friends, and colleagues on college campuses should be “upstanders,” speaking up to call out hateful rhetoric, discrimination, microaggressions, and transphobic policies, she adds.

The researchers plan to continue using data from the Healthy Minds Study, with the eventual goal of recording longitudinal data that follows gender minority students throughout their college experience, examining mental health alongside individual, institutional, and societal factors. They say additional research is also needed to explore the intersectionality of gender identities with other identities, such as race or religious beliefs.

This study was supported in part by the National Institute of Mental Health.