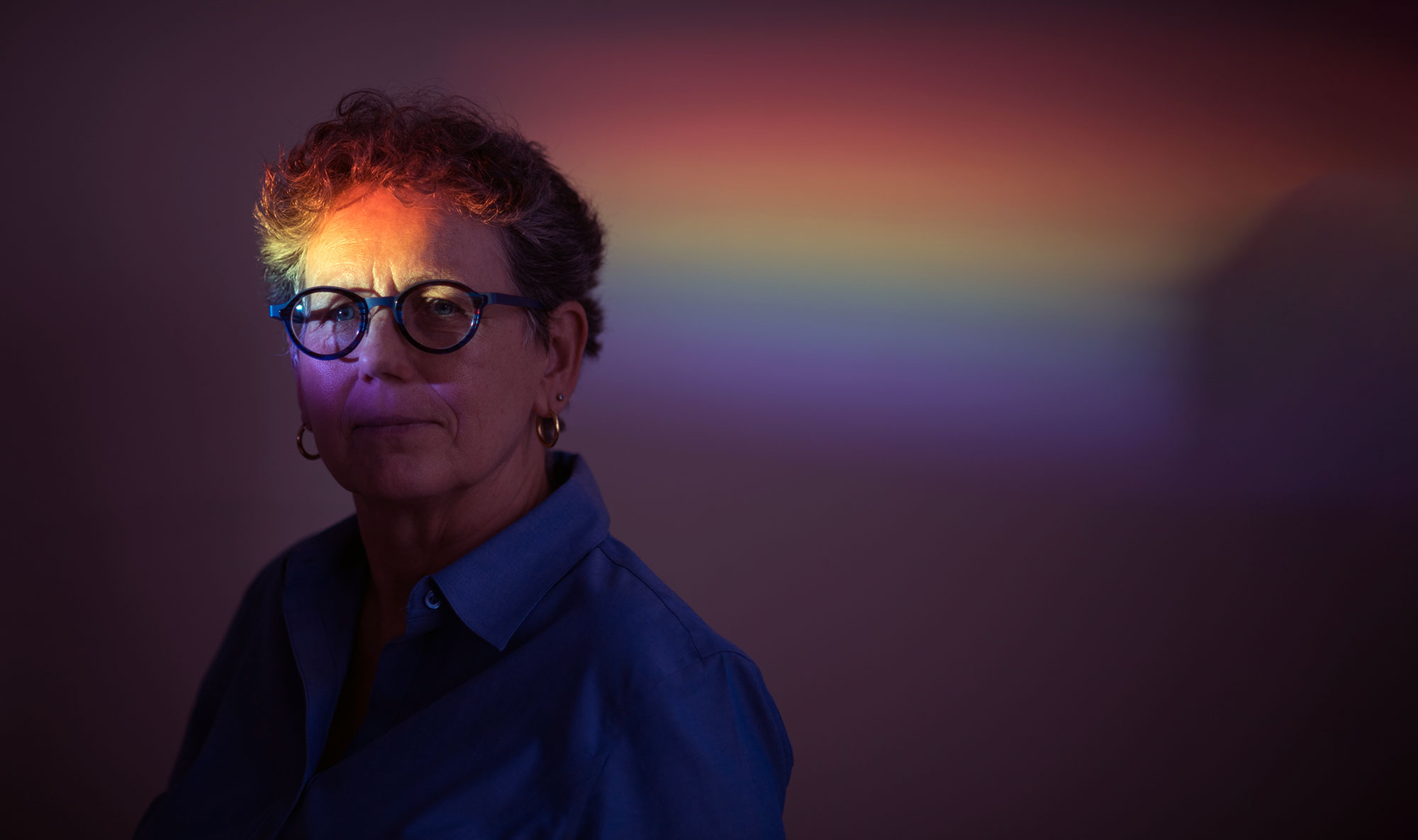 BU School of Public Health researcher Ulrike Boehmer has devoted her career to understanding the additional risks that cancer poses to the LGBT community.

First-of-its-kind BU study reveals that sexual minority women have the worst quality of life, mentally and physically, after cancer

One in three Americans will be diagnosed with cancer in their lifetimes, but Ulrike Boehmer, a Boston University School of Public Health researcher who studies health disparities in LGBT (lesbian, gay, bisexual, and transgender) people, says that cancer poses a particularly dangerous threat for members of the LGBT community, especially women.

Boehmer’s study adds to growing evidence that suggests people who identify as LGBT face numerous challenges in healthcare settings, often facing stigma, discrimination, and insensitivity. For the LGBT community, cancer poses numerous threats, in particular. Compared to the national average, people who identify as LGBT have substantially higher rates of obesity, smoking, and alcohol use—all known risk factors for cancer. Additionally, there is a higher risk of breast cancer if a woman has never had biological children; compared to heterosexual women, lesbians and bisexual women are three times and two times more likely to never have biological children, respectively.

Despite the intersection of these cancer risks, there is a severe dearth of data collected about LGBT people and cancer, an issue Boehmer has dedicated her career to since the early 1990s, when her eyes were opened to the unfair odds facing the LGBT community.

“A very good friend of mine, who is a lesbian, was diagnosed with breast cancer at a very young age,” says Boehmer.

At a time when HIV/AIDS and breast cancer awareness movements were at a peak, Boehmer solidified her research focus on LGBT health. Nearly 30 years later, Boehmer is still using research to bring awareness to the issue.

How healthcare is failing LGBT+ patients

In her latest study for Cancer, Boehmer analyzed survey data from the Centers for Disease Control and Prevention’s Behavior Risk Factor Surveillance System, which was collected between 2014 and 2017. She selected study participants by looking for individuals who answered yes to both of these two survey questions: Have you ever been told you have cancer, other than skin cancer? and, Do you identify as heterosexual, gay, lesbian, or bisexual? The study focused on cisgender individuals, which is a term used to describe a person who identifies with the gender assigned to them at birth, after finding that there were not enough transgender and gender-nonconforming individuals who met the study criteria to perform a proper analysis.

Using this metric, Boehmer identified 70,524 cancer survivors, which included 1,931 LGB participants from 35 US states and Guam (breaking down to 782 LGB men and 1,149 LGB women). After comparing outcomes of the LGB group with the rest of the survey participants, Boehmer saw that LGB women and men had less access to care, resulting in a worse physical and mental quality of life, especially for women.

“LGB women were the most disadvantaged,” Boehmer says of her outcomes analysis, even despite the fact that “this data was collected at a time when we have seen the benefits of gaining healthcare access and protections,” referring to the passage of the Affordable Care Act and marriage equality.

Boehmer says LGBT women (and men, for that matter) are more likely to have jobs that do not provide health insurance, and likely face other financial barriers even with insurance coverage, such as not being able to afford copayments that could prevent cancer patients from following up with their physician.

There is also a knowledge gap among oncology providers with respect to LGBT experiences, Boehmer says, which can deter patients from reentering the healthcare system at all. She adds that doctors typically don’t ask patients about their sexual orientation, so the information is either completely left out or it is up to the patient to disclose. This lack of communication about sexual orientation leaves LGBT patients at a disadvantage, since providers are not fully informed about their patients’ needs or values that informs their decision-making and therefore they are not receiving patient-centered care, “which is the goal of delivering high quality care,” she explains.

“To this day, we don’t have sexual orientation data consistently collected,” Boehmer says.

Boehmer’s friend eventually survived cancer, but many other LGBT women have not. “The breast cancer movement included a lot of lesbian activists who brought attention to this particular issue,” she says.

Audre Lorde, black feminist, lesbian, award-winning poet, and author of The Cancer Journals, was an early advocate for LGBT breast cancer survivors. Just as Boehmer was starting her research, Lorde outlined a political response to breast cancer and demanded political action before dying of cancer in 1992. Boehmer wrote about Lorde’s ideas, and why they are still relevant decades later, in an editorial for LGBT Health in 2016.

Although the amount of national health data that includes sexual orientation has marginally improved over the last two decades, Boehmer says, in many ways the US is now going backwards on the issue. Barriers to care for LGBT people are being made even worse by health policies that support the idea that clinicians should be able to refuse to treat on the basis of religion.

“This might make it even harder for LGBT people to feel comfortable in the healthcare system if it is possible for doctors [not to treat] LGBT individuals due to a religious belief,” she says.

The Trump administration has also tried to scale back data collection that includes individuals’ sexual orientation and gender identity.

“We need data to show what’s going on with respect to cancer rates and cancer mortality for the LGBT community,” Boehmer says. “We have a growing evidence base that there is a high rate of breast cancer among lesbian and bisexual women and high rates of cancer among gay and bisexual men.”

How concerned is she about the lack of data? “There might be an epidemic going on that we’re not aware of,” she says.

There are 3 comments on A Silent Epidemic? Lesbian, Gay, and Bisexual Women Receive Less Post-Cancer Treatment Than Everyone Else

A Silent Epidemic? Lesbian, Gay, and Bisexual Women Receive Less Post-Cancer Treatment Than Everyone Else
3
share this