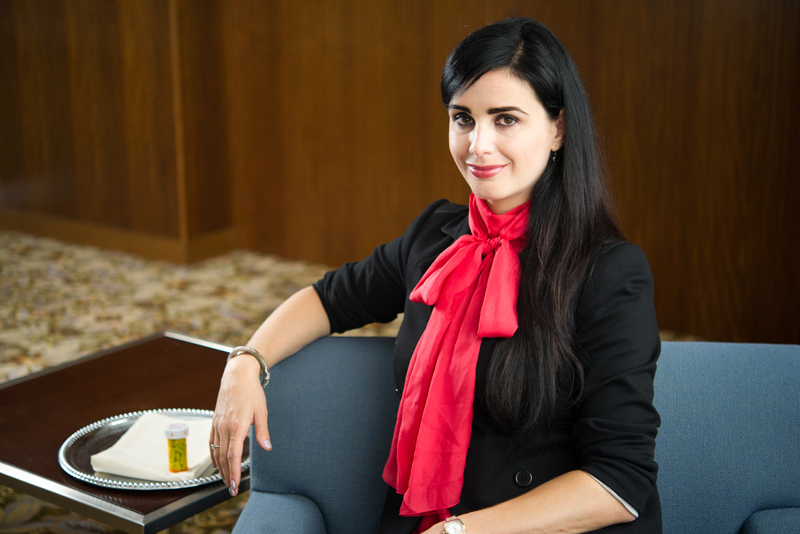 Courtney Suess-Raeisinafchi, assistant professor at BU’s School of Hospitality Administration, studies how much patients are willing to pay for hotel-style amenities in hospital rooms. Photo by Cydney Scott

The last thing you might expect to see in a hospital room are the offerings of an expensive hotel: a marble bathtub, for instance, or a butler or maid on call. Yet these and other luxuries are now available at some hospitals, abroad and in the United States. Deluxe private hospital rooms can cost thousands of dollars out of pocket for just one night, but the appeal can’t be denied: new research from Boston University’s School of Hospitality Administration (SHA) shows that patients are willing to spend 38 percent more for a hospital room if it has the right kind of hotel-quality upgrades.

“In the past, traditionally, the hospitality industry has been focused on restaurants or lodging and hotels, but now I think a growing focus on patient satisfaction has hospitals turning to a more customer-centric model,” says principal investigator Courtney Suess-Raeisinafchi, a SHA assistant professor. “That’s been a great change that’s introduced a lot of attention on the physical environment as well as service.”

The study’s abstract was presented in a poster session at the Fourth Annual Regional Conference of the North East North American Federation of the International Council on Hotel, Restaurant, and Institutional Education, hosted by BU in April 2016. The study surveyed about 400 people online, all of whom had been in a hospital in the past six months. Participants looked at 40 custom-designed renderings of hospital rooms, containing various combinations of hotel amenities. Suess-Raeisinafchi and co-investigator Makarand Mody, a SHA assistant professor of hospitality marketing, were interested in which kinds of amenities patients seemed to like the most in hospital rooms, testing 18 factors including interior design, health care service, and food options.

For example, one of the sample hospital rooms might have a bed sporting luxury sheets, a kitchenette in the corner, and a fluffy bathrobe hanging on the bathroom door. Another might have a plain bed, but also a painting on the wall and a health care staff member who had been trained in hospitality service standing by. All of the amenities were labeled for easy identification. Participants rated how likely they were to pick each hospital room if they had to stay there, and the researchers analyzed the results to see which amenities had the most impact.

At the top of the list: interior design. Participants preferred hospital rooms that had an updated, modern look, like an accent wall or wood-laminate floor. Second was hospitality-trained staff, and third was the technology available, like a high-quality flat-screen TV.

It might be hard to see what this has to do with health care. “Of course, better health care always relies on the competency of the physicians and nurses,” says Suess-Raeisinafchi. But she notes that this study builds on a body of research showing that hotel-like rooms and hospitality-trained staff in hospitals can actually improve patient outcomes. Design choices like large, sunny windows, views of nature or gardens, or even art of nature scenes have been shown to reduce patient stress and pain, according to a 2008 literature review by Roger Ulrich, professor of architecture at the Centre for Healthcare Architecture at Chalmers University of Technology in Sweden, and colleagues. Patients who had sunnier rooms reported less pain and took about 20 percent less pain medication than those in darker rooms.

And patients are willing to pay. Suess-Raeisinafchi and Mody also asked participants how much more they would be willing to pay for a room that had hotel-like amenities compared with a standard room. On average, the group was willing to pay 38 percent more out-of-pocket. While it is difficult to translate this number into exact out-of-pocket costs, given the vagaries of insurance coverage, at the deluxe hospital rooms at Brigham and Women’s Shapiro Tower Pavilion, the direct cost to the patient is $300–$800 a day, Boston Magazine reported in a 2015 article. A representative for Brigham and Women’s Hospital declined to confirm this figure.

Breaking the data down further, there was also a split between what “less healthy” and “more healthy” patients would pay. “Less healthy” survey participants, who had spent more time in the hospital and rated their own physical and mental health lower than a “more healthy” group, were willing to pay 44 percent more for a hotel-like room, compared to only 31 percent more for the “more healthy” group. Suess-Raeisinafchi added that some hotel amenities, like a kitchenette with a fridge and coffeemaker, might benefit a patient’s family members if they visit for a long time.

“Most of us have had to visit hospitals before. We have had to stare at the cold, dreary walls and decor, bear the aroma of medical concoctions, and wait anxiously to hear from the doctor. These are stressful times indeed, for both patients and their families,” wrote Mody in an email. “More and more hospitals are increasingly beginning to look and operate like hotels, not just in terms of their design but also the services they offer. Patient satisfaction scores have increased, as have patient and family perceptions of well-being.”

While hospital administrators do have to consider the cost of implementing some changes, like renovating rooms to have high-end hotel finishes, Suess-Raeisinafchi said that some would be easier to implement broadly. Changing the lighting in hospital rooms, painting the walls, or providing artwork would all be positive changes that would be cost-effective and improve the rooms’ interior design, patient satisfaction, and even patients’ health. “I definitely think there’s a tremendous opportunity for hospitality,” said Suess-Raeisinafchi.

“We would like to examine how a more hospitable environment can impact the physical, mental, psychological, and social well-being of patients and their families,” added Mody. “After all, isn’t that the very purpose of a hospital—to provide recuperation and enhance well-being?”

There are 6 comments on Checking into Hotel Hospital