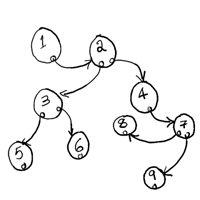 One of the goals in high-performance computing (HPC) is to achieve the best possible performance from parallel computers. But performance can be measured in a variety of ways; in HPC, we are generally interested in the speed at which floating-point computation is done.  Thus, we use for example the units of giga-flop/s (a billion floating point operations per second).

This part of the course will focus on parallel performance analysis; we will cover:

Central to the subject of parallel computing are algorithms.  As a general rule, no parallelism of any significance occurs naturally; it must be created by removing dependencies.  Often, entirely new algorithms have to be created to achieve a certain task in parallel.

In this part of the course, we will cover:

We will also discuss briefly some aspects of linear systems of equations, in particular their dependence analysis.