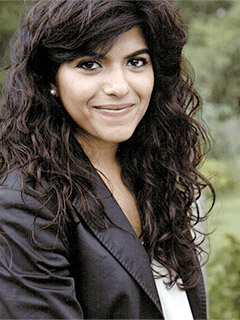 Noora Lori’s research broadly focuses on the political economy of migration, the development of security institutions and international migration control, and the establishment and growth of national identity systems. She studies temporary migration schemes and racial hierarchies in comparative perspective.

Regionally, her work examines the shifting population movements accompanying state formation in the Persian Gulf, expanding the study of Middle East politics to include historic and new connections with East Africa and the Indian subcontinent.

Lori’s forthcoming book, Offshore Citizens: Permanent “Temporary” Status, explains why (and how) states make people wait for citizenship. She argues that the strategic use of delays in the issuance of identity papers is a key way that states manage scarcity and privilege subnational groups. This work draws from her dissertation on citizenship policies in the United Arab Emirates, which was awarded the Best Dissertation Award by the Migration and Citizenship section of the American Political Science Association in 2014.

Lori has published articles in the Asian and Pacific Migration Journal, the Journal of Politics & Society, and for the Institut français des relations internationals (IFRI). Since joining BU, she received the Gitner Family Prize for Faculty Excellence (2014) and the CAS Templeton Award for Excellence in Student Advising (2015). Prior to joining the faculty, she was an Academy Scholar at the Harvard Academy for International and Area Studies. She was also a pre-doctoral fellow at the International Security Program and the Dubai Initiative of the Harvard Kennedy School of Government. She has previously taught at the Dubai School of Government where she was an adjunct faculty member and visiting scholar, and at the University of Cambridge for the Heritage Summers program. Her research has been funded by the ACLS/Mellon Foundation and the ZEIT-Stiftung “Settling into Motion” Fellowship.

Professor Lori is the Founding Director of the Pardee School Initiative on Forced Migration and Human Trafficking, which she co-directs with Professor Schilde.

She is the chair of the scholarly advisory board of the Boston Consortium for Arab Region Studies and on the steering committee of the Inter-University Committee for International Migration.