Cornelius Hurley has over 35 years of diversified legal, entrepreneurial, and academic experience in the financial sector. His teaching and research interests focus upon the interactions between finance and the real economy. He serves an independent director of Computershare Trust Company, N.A., an element of one of the global leaders in the transfer agent business, and of the Federal Home Loan Bank of Boston, one of the three so-called “GSEs.”

Hurley established the Boston office of The Secura Group, Washington, DC a national financial services consulting firm of which he was a partner. Formerly, he was general counsel of Shawmut Corporation, a regional bank holding company. As assistant general counsel of the Board of Governors of the Federal Reserve System, he was responsible for the Fed’s role in regulating international banking activities. Prof. Hurley also serves as reporter to the American Bar Association’s Task Force on Financial Markets Regulatory Reform.

Hurley was appointed by Boston University’s provost to serve as the first director of the University’s Center for Finance, Law & Policy. The Center is an interdisciplinary initiative drawing upon the deep and varied academic talent of the University to focus upon finance and financial policy issues. He was the director for the Morin Center for Banking and Financial Law and the Graduate Program in Banking and Financial Law from 2005 to 2011.

He is the author of numerous articles and commentaries that have appeared in The Wall Street Journal, The New York Times, Financial Times, American Banker, The Boston Globe and other publications. During the current economic crisis, he has provided ongoing analysis on national and local television and radio outlets. 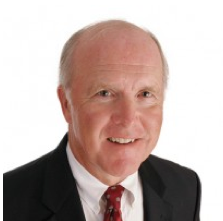 Forum on the future of the Federal Home Loan Bank system

THIS CLASS IS RESTRICTED to students who have received permission from the Clinical and Experiential Programs Office to enroll. This course is the fieldwork component of the Semester-in-Practice Program. Students spend a semester working full-time for credit in non-profits, government agencies, courts, private companies, or law firms. Placements may be paid or unpaid. Students may find their own placements that must be approved by the Clinical and Experiential Programs Office, or the Office has resources to help students identify and apply to suitable field placements based on their interests and career goals. NOTE: Students who enroll in the Semester-in-Practice Program may count the credits towards the 6 credit Experiential Learning requirement. COREQUISITE: Semester-in-Practice: Seminar (JD 740).

THIS CLASS IS RESTRICTED to students who have received permission from the Clinical and Experiential Programs Office to enroll. This course is the seminar component of the Semester-in-Practice Program. Students will take the course online or on campus course (depending on the location of their placement). Topics covered in class will include legal ethics and professional responsibility, professional development, access to justice, cross-cultural lawyering, and the changing role of the legal professional. Students will have weekly readings and be expected to write weekly reflective memoranda. They will also give a presentation and prepare a final 10-12 page paper. NOTE: Students enrolled in this course may count the credits towards the 6 credit Experiential Learning requirement. COREQUISITE: Semester-in-Practice: Fieldwork (JD 739).