A History of Diversity at BU Law

Boston University School of Law is founded. The school offers legal education to all qualified students without regard to race, gender, religion, or national origin. 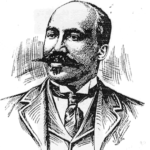 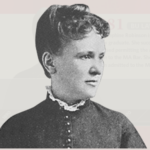 Josephine Robinson is the first female BU Law graduate. She succeeds in getting a bill passed permitting the admission of women to the Massachusetts Bar. The BU Law Women’s Law Association and the Massachusetts Women’s Bar Association have both named awards for exemplary leadership in the community after this female pioneer. 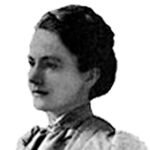 Anna Christy Fall graduates from BU Law. She later becomes the first woman to try a case before a jury in Massachusetts, which she wins. In 1898, she writes The Tragedy of a Widow’s Third, which was considered the catalyst for the passage of a 1902 Massachusetts law that put wives on equal footing with their husbands in case either died without a will. 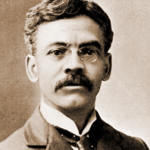 Roland Wilson (Class of 1884) is one of three black men inadvertently admitted to the American Bar Association. The organization then requires applicants to make known their race on applications, and does not integrate until 1943. In 1912, Wilson co-founds the Boston chapter of the NAACP.

Burrill Bruce (Class of 1926) is elected editor-in-chief of the Boston University Law Review. She is the first black woman in the US to hold the top position on a law review journal.

Felix Forte (Class of 1916) is nominated for Massachusetts Attorney General on the Republican ticket. The BU Law professor and future State Superior Court Judge is the first Italian-American nominated for statewide office. 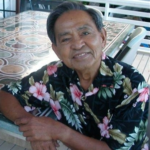 A. Aduja (’51) becomes the country’s first American of Filipino ancestry to win a major elective post, claiming a seat in the Territorial House of Representatives as a Republican from Hilo, Hawaii. During his career in public service, he worked for the Department of the Attorney General, served as a district judge, and was elected to the Hawaii House of Representatives.

Clifton R. Wharton, Sr. (Class of 1920) becomes the first black diplomat to head a US delegation to a European country with his appointment as US minister to Romania by President Eisenhower. He is also the first black Foreign Service Officer in the US State Department. 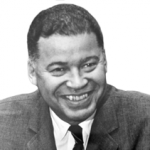 Honorable Edward Brooke (Class of 1948) is elected to the office of the Massachusetts Attorney General, becoming the nation’s first black individual to hold this vote and to be elected to the US Senate by popular vote.

BU Law becomes one of the first law schools to actively recruit female students by traveling to women’s colleges in the New England region. The percentage of female graduates from BU Law leaps from 8.37% in 1970 to 39.53% in 1980.

Judge Harry Elam (Class of 1951) is the first black appointee to the Boston Municipal Court of Massachusetts. 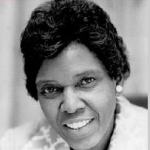 Jordan (Class of 1959) is elected to represent Texas in the US House of Representatives, becoming the first black Congresswoman to represent a state in the Deep South. She delivered the keynote address at the Democratic National Convention in 1976 and received the Presidential Medal of Freedom in 1994.

Juan R. Torruella (Class of 1957) becomes the first Hispanic to serve as chief judge on the US Court of Appeals for the First Circuit.

The N. Neal Pike Institute for the Handicapped, later renamed the Institute for Law and Disability, is established in honor of N. Neal Pike (Class of 1937), the first blind person to be admitted to practice before the Bar of the US Supreme Court. A public service fellowship, annual lecture, and endowed faculty chair are also named in his honor. 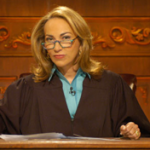 Be Yourself Orientation is created.

Judge Judith Nelson Dilday (Class of 1974) is appointed to the Massachusetts Probate and Family Court as a circuit judge, becoming the first person of color to serve on this court.

Sandra L. Lynch (Class of 1971) is the first woman appointed to the Court of Appeals for the First Circuit. 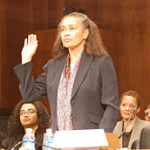 Rogeriee Thompson (Class of 1976) is the first black woman appointed associate justice for the Rhode Island Superior Court. In 2010, she is confirmed as a judge on the US Court of Appeals for the First Circuit, becoming the first black judge on this court.

Maureen A. O’Rourke is appointed dean of BU Law, becoming the first woman to serve as the law school’s dean.

Martha Coakley (Class of 1979) is the first woman elected Attorney General of Massachusetts. 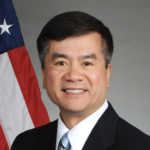 Senate confirms Gary Locke (Class of 1975) as Ambassador to China, becoming the first Chinese American to serve in this role. He had previously served as Governor of Washington.

Critical Conversations created as a forum to provide students, faculty and staff the opportunity to discuss diversity, identity, and inclusion.

Dean O’Rourke establishes Law School Committee on Community and Inclusion to strengthen BU Law’s commitment to being an inclusive and diverse community in which critical topics can be discussed from many perspectives civilly and respectfully.

Dr. Angela Onwuachi-Willig joins BU Law as dean, becoming the first person of color to serve in the role at the school.

Related to A History of Diversity at BU Law


BU offers resources to assist undocumented students and other members of the university community.