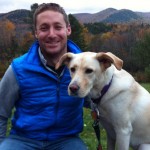 David Glick joined the Political Science department and Boston University in 2011. He is an associate professor. He is also the faculty director of MetroBridge and a co-PI on the Menino Survey of Mayors with BU’s Initiative on Cities. He received his Ph.D. in the Department of Politics at Princeton University and was previously a visiting fellow at the Rockefeller Center for Public Policy at Dartmouth College.

His research and teaching interests in American Politics include political institutions, especially law and courts, federalism, decision making, and public policy.  His work draws on a mix of archival evidence, personal interviews, formal theory, statistical analysis, surveys, and laboratory experiments. He published in, among others, the American Journal of Political Science, Journal of Politics, Perspectives on Politics, the Quarterly Journal of Political Science, the Journal of Law, Economics, and Organization, Political Behavior, Public Opinion Quarterly, and the Urban Affairs Review. His recent work investigates relationships between public opinion, the Supreme Court, and healthcare and between conspiracy theories and trust in government. He is also the co-author of the book “Neighborhood Defenders: Participatory Politics and America’s Housing Crisis” which is forthcoming from Cambridge University Press.