Bailouts From Beijing: How China Functions as an Alternative to the IMF 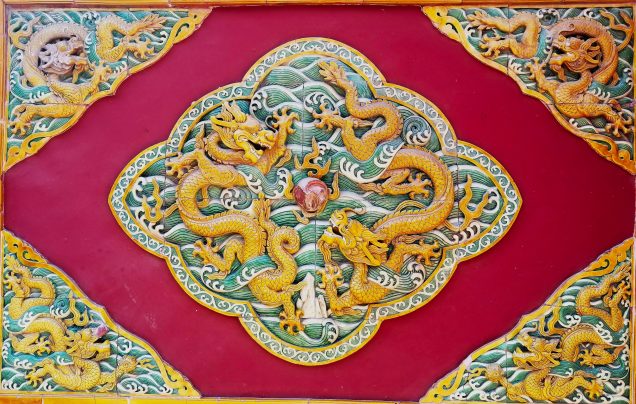 Since China began lending large quantities of money to the developing world in the mid- 2000s, suspicions have swirled that these loans compete with the International Monetary Fund (IMF), offering comparable amounts of money in exchange for very different promises.

Whereas the IMF conditions its loans on commitments to economic reform, China typically lends for specific infrastructure projects, built by Chinese companies. Those who believe that the IMF’s prescriptions for economic reform represent the surest route to stability and prosperity express alarm that China might doom these countries to another cycle of debt and default, while critics of the IMF might cheer China’s lending as a source of “policy space” for governments to choose their own development strategy. Whatever their normative interpretation, most observers agree on the basic logic at play: Chinese loans present a new option for countries that would rather not go to the IMF.

In addition to affecting the fate of developing economies, these loans have the potential to transform China’s relationship with the IMF. Political influence at the Fund is hotly contested because it offers opportunities to shape emergency lending decisions, influential macroeconomic standards, and the Fund’s monitoring of its own members. As political scientists have extensively documented, both voting shares and informal influence have historically been concentrated among the United States and its allies. China has had limited success in pushing for a greater voice within the institution, but its role as lender and potential rescuer may, in specific cases, greatly enhance its bargaining power.

Yet despite these important stakes, there has been no rigorous test of the hypothesis that Chinese lending has any effect on borrowers’ participation in an IMF program. Most research has rightly focused on the World Bank — after all, the main vehicles for China’s loans are the China Development Bank and the China Export-Import Bank, which focus on infrastructure projects typical of the World Bank, rather than lender-of-last-resort activities. Nevertheless, journalistic accounts of governments facing balance of payments problems continue to emphasize the importance of Chinese loans. Currency swap arrangements have also attracted attention as an alternative channel by which China may act as a lender-of-last-resort.

In a new working paper, James Sundquist makes two points that clarify the scope of Chinese competition with the IMF. First, he emphasizes that the simple depiction of China as always willing to provide a bailout exaggerates China’s willingness to lend. Financially, undercutting the IMF in negotiations with governments that are unable to raise money on private capital markets is a losing proposition. Ideologically, China opposes the IMF’s practice of prescribing reforms to its clients, but providing all troubled countries with a financial exit option would require colossal sums of money. The upshot is that in the absence of other factors, Chinese bailouts are likely to be rare.

Second, Sundquist argues that China will offer bailouts that compete with the IMF when the borrowing country can provide some alternative form of compensation. The IMF is limited by its inability to accept repayment in any form other than hard currency, whereas the Chinese government has broader interests. Practically speaking, this can take the form of repayment in-kind with natural resource exports, or geopolitical favors. Thus, some states, but not all, are endowed with the ability to attract a Chinese bailout.

Sundquist supports this argument with multiple types of evidence. The core analysis makes use of the fact that swings in Chinese lending are driven by factors internal to China to derive an estimate of the effect of these loans on the probability that a country begins a new IMF program. He finds that a one percent of GDP loan from China decreases the absolute probability of a borrower turning to the IMF by six percentage points, which is both statistically and substantively significant. Drawing on macroeconomic indicators of borrowers, Sundquist also shows that China and the IMF have different lending profiles, albeit with significant overlap, and that countries receiving Chinese loans tend to be on worse economic trajectories than their peers. Several case studies ground-truth the statistical analysis, finding that natural resources and diplomatic considerations explain much of China’s bailout behavior.

Overall, China appears to operate as a real, but limited, alternative to the IMF. The effects of its emergency lending are substantial in certain countries desperate to avoid another IMF program, but probably not enough to pressure the Fund to reform. In fact, China’s behavior merely follows in the footsteps of the United States and France, who have offered similar assistance to favored governments. Overall, China’s approach to bailouts represents continuity rather than a break from the West: concerns about repayment generally dominate, but can be waived in pursuit of geopolitical gain.

James Sundquist is a Global China Initiative Fellow at the Global Development Policy Center and a doctoral candidate in political science at Yale University. His dissertation research explains variation in narratives of China’s rise, while a second body of research centers on China’s loans to foreign governments.