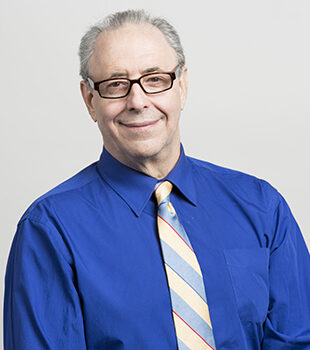 Director of Program and Feld Professor of Emerging Media

Katz’s core interests revolve around societal and interpersonal aspects of communication technology. His pioneering publications on artificial intelligence (AI) and society, social media, mobile communication, and robot-human interaction have been internationally recognized and translated into a dozen languages. His two most recent books, Journalism and the Search for Truth in an Age of Social Media, co-edited with Kate Mays, and Philosophy of Emerging Media, co-edited with Juliet Floyd, were published by Oxford University Press. His forthcoming book, also co-edited with Juliet Floyd (and Katie Schiepers) is Perceiving the Future through New Communication Technologies: Robots, AI and Everyday Life. Earlier books have been The Social Media President: Barack Obama and the Politics of Citizen Engagement (with Michael Barris and Anshul Jain), Social Consequences of Internet Use: Access, Involvement, Expression (with Ronald E. Rice) and Handbook of Mobile Communication Studies. According to Google Scholar, his work has been cited more than 17,000 times.

In 2021, he received the prestigious Frederick Williams Prize for Contributions to the Study of Communication Technology by the International Communication Association, which recognizes annually “an outstanding scholar whose works and cumulative achievements have significantly advanced the study of communication technology.” In 2013, he received an honorary doctorate from Budapest University of Technology and Economics, the world’s oldest technological university. Among his other awards are the Ogburn Career Achievement award from the American Sociological Association and the Fulbright Distinguished Chair in Twentieth Century Communications History. He is a Fellow of several professional societies, including the International Communication Association and the American Association for the Advancement Science (AAAS). He has been awarded fellowships at Harvard and MIT and Princeton. Katz has been granted two US patents, one of which has been internationally licensed.

Journalism and Truth in an Age of Social…

Though mindful of how media often equates selfie production with narcissistic “me generation” behavior, we are interested in exploring the…