The task of documenting Christianity as a global movement necessarily includes the role of women in its growth and expansion, in particular through revival movements and works of compassion and hospitality. Given the generally recognized female majority in the global Christian population today, one critical way to conceptualize the spread of Christianity in the past century is as a “global women’s movement.” Consequently, at the Center for Global Christianity and Mission, the contribution of women in the history and growth of Christianity is an important aspect of the study of World Christianity. Areas of interest include biographical studies of indigenous and missionary women, historical publications on missionary women and female-led indigenous movements, and digital projects that highlight women’s legacy in World Christianity. 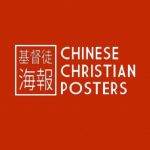